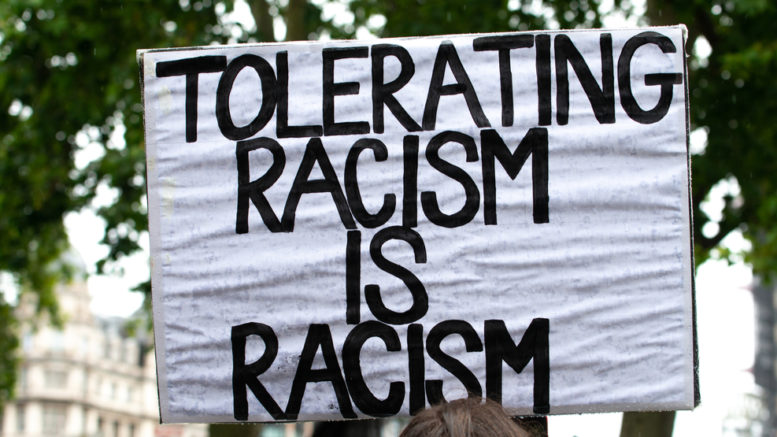 (ANNews) – Violence occurred at an anti-racism rally in Red Deer on Sunday September 20, 2020.  Organizers say it became violent once counter-protesters came to the rally.

“The whole purpose of this event was to centralize and raise racialized voices and to share experiences of these different ethnicities and different walks of life,” said Cheryl-Jaime Baptise, creator of the group Red Deer Against Racism.

“Within the first five minutes, at least two fists were thrown from their side. When everybody showed up from the opposition, they were just very, very violent and there was no way of being able to host a peaceful event so, unfortunately, we had to cancel.”

Kisha Daniels, a co-founder of Black and Indigenous Alliance AB said, “We are all severely traumatized by these events. A lot of our group are racialized and LGBTQ2S+ peoples so we are used to levels of discrimination and violence. It’s just unfortunate that it’s 2020 and this continues to happen.”

Supt. Gerald Grobmeier, the officer in charge of Red Deer’s RCMP detachment, said of the violence: “We certainly didn’t expect to see what we saw on Sunday. I don’t think anybody did.”

An investigation is being launched into the incident. “As we all know, there’s always more to it than we see on videos. So we have to do a complete investigation before laying charges,” the Mountie commented.

“We haven’t laid any charges because we need the victim to come forward, we need to obtain witness statements and we also need to know who actually the perpetrator is.”

It has been reported that there were 16 RCMP officers on the scene at one point.

Red Deer Mayor Tara Veer said, “The city, like the RCMP, respects Canada’s constitutional rights of citizens to peacefully assemble. However, we unequivocally denounce violence, we unequivocally denounce racism in our community,” she said. “It is highly concerning for our community that the unacceptable actions of some have incited division and violence in our city. I’ve spoken with the provincial Minister of Justice as well as the RCMP, and both are in solidarity with The City in upholding law and order in our community.”

New Justice Minister Kaycee Madu also said, “I have seen select clips of the protest in Red Deer on Sunday and I am admittedly disturbed. I have been publicly clear about this: Violence and threat of violence at peaceful protests are unacceptable, period.”

Jason Kenney also spoke on the event in a Tweet: “All Albertans, regardless of race, religion, or creed, have the right to peaceful protest & we denounce any instance of racism, bigotry, or intolerance. The RCMP have opened an investigation; we await the result of that work.”

Justice Minister Madu was asked in a news conference about why Jason Kenney hadn’t denounced the groups responsible for the eruption of violence. In response, Madu claimed that he was sure the Premier “condemns this event.”

“The premier at various times has made it clear that violence or racism or discriminatory practices against citizens are not to be accepted under any circumstances.”

Director of the Office of Human Rights, Diversity and Equity at MacEwan University, Irfan Chaudhry, criticized the Albertan government’s response to the rally.

“What occurred in Red Deer can only be classified as racially motivated attacks that go beyond freedom of speech laws,” Chaudhry said. “When you look at the video footage, this could only be looked at as white supremacy in action. That, to me, is what’s very concerning — when it’s being downplayed as just freedom of expression and the right to protest.”

“In contrast to the strong statement the premier made when a statue of John A. MacDonald was toppled over, his response to racially motivated attack in his own province has been very tame in comparison.”

A statement from premier’s office says Jason Kenney condemns racism in all forms. “The minister of justice is a key part of the premier’s Cabinet, and Minister Madu spoke for the entire government of Alberta this week in condemning what occurred in Red Deer,” the statement reads.

Irfan also criticized the RCMP’s handling of the event, “In both videos I’ve seen, from Red Deer and Ponoka, I would not be able to positively say their job was being conducted. At the end of the day, they need to be there to contain peace, maintain order. That did not happen. Ask folks to step back. Let them have their say, but maybe do it in a different area.”