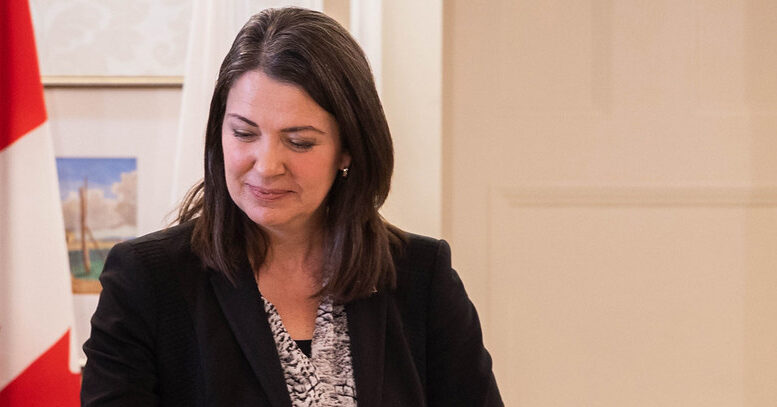 (ANNews) – It has been just over a week since Premier Danielle Smith stumbled through her first media availability. Lamenting to her base, Premier Smith infamously referred to unvaccinated people in Alberta as “the most discriminated against group that [she’s] ever witnessed in her lifetime.” This statement, seen by many as detached from reality, was also deeply insulting to many groups who make up the cultural fabric that is Alberta. Not only was it a reflection of how far the Premier and her cohorts will go to garner support from a conservative base, but also how little the Premier knows of Black, Indigenous and Peoples of Colour and their struggles in Alberta.

Born in 1971 in Calgary, Alberta, Premier Smith’s lifetime may have started after the assimilation period of Indigenous people had begun to slow, however it is not as if the racism and discrimination halted. The last Residential School in Canada did not close until 1996, with the ramifications rippling through our communities. Ongoing injustices created the Royal Commission on Aboriginal Peoples (RCAP) which travelled across the country seeking better outcomes for Indigneous people. There were Constitutional Conventions and First Ministers meetings throughout the 80s and 90s. Additionally, in her lifetime, Premier Smith would have witnessed the fight for equality of First Nations women, the Oka Crisis, Gustafson Lake, the Truth and Reconciliation Commission, and Murdered and Missing Indigenous Women and Girls Inquiry and the deaths of Joyce Echaquan and Brian Sinclair.

Each of these events, inquiries and deaths can be directly linked to discrimination faced by Indigenous people and the differential treatment we face. While it may be a stretch to expect the Premier to be aware of all these events, knowing she grew up in small town Alberta, it should be expected that she is aware of some of them. Which makes her words all the more troubling. Compounding the bewilderment of the situation is the fact that the Premier claims some connection to Cherokee heritage. While this in no way makes her Indigenous, or provides anything other than a tangential connection to American Indian communities, it should make her more than aware of the Trail of Tears and historical displacement of the Five Civilised Tribes.

To a reasonable person, it is simple to draw a clear distinction between discrimination faced by BIPOC communities and the experience the unvaccinated minority. When we examine the historical record, and present day report cards of the government, there exists a wide gap between restrictions on travel and extermination of Indigenous people by the state. In the days following the initial statements, Premier Smith has attempted to clarify. She has committed to learn about discrimination faced by minority communities in the Province in order to gain a better perception on their experiences. Additionally, she has also provided further explanation that her words should have included “governmental discrimination” as a qualifier.

While this does not provide any real clarity, or lessen the damage of the initial words, it does further highlight how little the Premier knows about violations against Indigenous people specifically. Perhaps her advisors and allies can educate the Premier on the existence of the Indian Act, and how only one class of people in Canada must carry separate identification due to governmental discrimination, pandemic or not. The qualifiers also outline how uninformed leaders are on the role of government, and the restrictions placed upon people in this country. It also opens the door to dangerous rhetoric and fear of the other, something else that First Nations people recognize as an everyday occurrence on the Prairies.