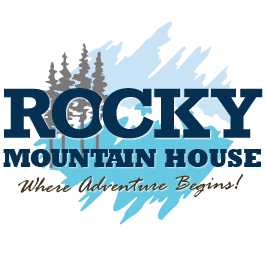 Travis Weber works near Rocky Mountain House and has volunteered many hours fostering a healthy relationship between the Aboriginal and non-Aboriginal community in the area through his involvement in the Rocky Mountain House Powwow Committee. His ancestry can be traced to the Red River Métis and his First Nations descent is Cree and Chippewan. Though Travis would agree that his Métis heritage is a part of how he self-identifies, he does not want to believe that he has been hired or recommended for positions because he is Métis. Anyone familiar with his work as chairman of the Powwow Committee can see that he has shown his merit to the community, putting in long hours with little recognition to help bring to life a Powwow that is now coming up on its fourth year.

The Rocky Mountain House Powwow, showcasing multicultural talent, is made possible by the combined efforts of 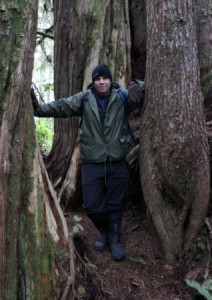 For Travis Weber, the Rocky Mountain House Powwow committee is both an obligation and a privilege.

First Nations and the Powwow committee – a group of incredibly dedicated community members and volunteers like Travis. It takes place on public ground at the Rocky Mountain House National Historic Site where public involvement is encouraged and one of the Powwow’s stakeholders is the Town of Rocky Mountain House itself.

Travis became aware of the Powwow through his role as a facilitator of the event while working for Parks Canada at the Historic Site. Though Travis still works at the Historic Site, he has taken on more responsibilities as a volunteer for the Powwow, putting people and resources into place to bring the event together. Travis says that, though he first became involved in the Powwow because of his job, he has always been interested in the First Nations side of his ancestry. He remembers meeting his great grandmother who was First Nations and she did beadwork and hide-work, as well as practicing First Nations medicine.

Travis says that one of the difficulties in organizing an event like this is the number of stakeholders involved. Because it is a competitive Powwow, the number of competitors is based on the prize amounts since that dictates how far people can justify traveling to compete. The committee has to fundraise and canvas for community support and has considered charging admissions fees. This has sparked some debate but needs to be addressed if the Powwow is to continue. There are also those who question why Rocky needs to have a Powwow when the neighboring reserves, Sunchild and Bighorn each have one and O’Chiese is nearing completion of their own Powwow grounds. Travis says that the stakeholders in the Rocky Mountain House Powwow are interested in developing a sense of inclusion and hosting the Powwow in an area where members of the Canadian public can see the event without feeling that they are encroaching on Aboriginal ceremonies.

Travis recognizes the importance of many positive interactions at the event, as the general public form their opinions based on what they see and, he says, “the First Nations see that we want to work together with them and that we respect their culture.” The Rocky Mountain House Powwow welcomes everyone and the increasing public involvement means “a lot of opportunities to break down some barriers.” According to Travis, this Powwow will be a benchmark event, as a fourth successful Powwow is the one in which it may “establish itself as a lasting component of the community.”

For Travis, the Powwow is both an obligation, and an opportunity. He says that the experience is worth the amount of work that he puts in. There is not a lot of recognition for the Powwow committee and the amount of personal time these committee members devote to the event but, hopefully their hard work and effort will continue to pay off as they once again start fundraising for the upcoming Powwow. The experience of the event is powerful and the dedication of the committee and the First Nations organizers has given many people access to a magnificent display of culture and talent.

We have Travis’ mother to thank for his involvement as she suggested his original application to Region Three which led to his partnership with, and subsequent employment with Parks Canada. Travis says that his mom has been his biggest influence having first introduced him to his Métis heritage and his current line of work. She has grounded him when he questioned his identity and has made some sense for him of how he functions as a Métis. Travis’ dedication to the Powwow is an admirable inspiration for others looking to bridge gaps between Aboriginal and non-Aboriginal communities.