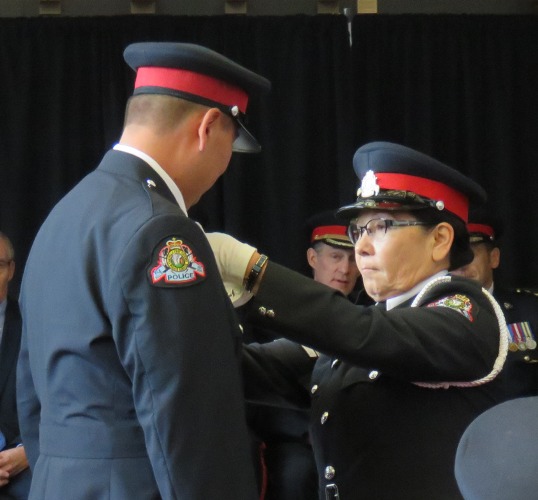 As the culmination of almost 6 months of intense training it was a very proud occasion for all the graduates and their families as well as the staff at the Saskatchewan Police College.

What made the event especially proud and memorable for File Hills First Nations Police Service Constable Justin Thomson, and his family, was the fact that his badge was pinned on his tunic by his mother!

Corporal Carol Thomson is also a serving member of the FHFNPS and has been with the File Hills Police Service for 4 years.  Prior to joining the FHFNPS she served as a member of the RCMP for 25 years.

“It was a touching and emotional moment for everyone there,” remarked Chief of Police Len Busch, FHONPS. “Once the badge was pinned on there was a slight break from protocol as a very proud mother couldn’t resist giving her son a hug which was loudly applauded by everyone in attendance.  What a great start to what we know will prove be a very promising career for Constable Thomson.” 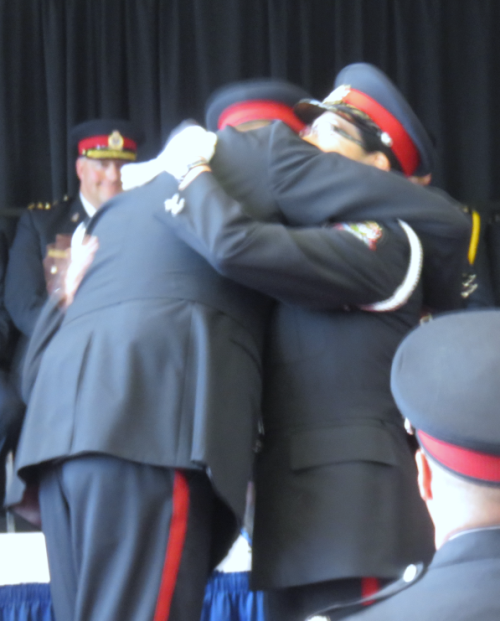 Constable Justin Thomson gets a hug from his mother Corporal Carol Thomson, after she pins his badge on his tunic as part of his formal graduation ceremony.