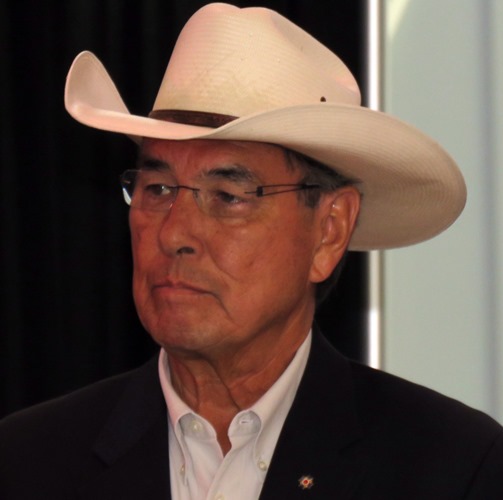 CNW – On December 14, 2017, Carolyn Bennett, Minister of Crown-Indigenous Relations and Northern Affairs, announced the appointment of six members to the Interim Board of Directors for the National Council for Reconciliation. This National Council is part of an ongoing commitment by the government to implement the Calls to Action that were issued in 2015.

Confederation of Treaty Six First Nations Grand Chief Wilton Littlechild, a former Commissioner on the Truth and Reconciliation Commmission, will chair the Interim Board. He will be joined by Max FineDay, Mike DeGagné, Clint Davis, Edith Cloutier, and Jean Teillet.

“Reconciliation is not just an Indigenous issue, it’s a Canadian one, and it will take genuine collaboration at all levels to advance this journey,” stated Minister Bennett.

“I am honoured that these highly accomplished and dedicated individuals have agreed to serve on Interim Board of the Reconciliation Council. I look forward to receiving their concrete recommendations that will further the Government’s commitment to advancing reconciliation for the benefit of all Canadians.”‎

“‎Noting the importance and positive impact of follow up on the TRC’s calls to action, I am very encouraged by this government’s move to establish an interim committee to work on the Council for Reconciliation,” remarked Grand Chief Littlechild.

“A tremendous amount has been done to promote Reconciliation across Canada since our report. However, there is no coordinating or monitoring mechanism. I look forward with interest to the establishment of a Council who will be influential in the increased engagement of the rest of Canada. True reconciliation requires all of us working together.”

Over the course of the next six months, the Board members will engage with various stakeholders to recommend options for the establishment of the National Council for Reconciliation and the endowment of a National Reconciliation Trust.

Implementing the Truth and Reconciliation Calls to Action is an important milestone in Canada’s journey of reconciliation. The work of this Interim Board of Directors will form a vital guidepost along that journey.

On June 2, 2015, the Truth and Reconciliation Commission’s released 94 Calls to Action aimed at redressing the legacy of residential schools and advancing reconciliation in Canada. To date, progress has been made on over two-thirds of the Calls to Action under federal or shared responsibility.