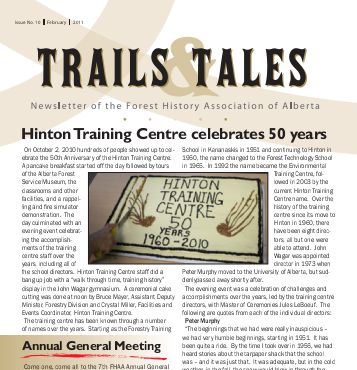 (ANNews) – Even as a child I remember my father, who spent several years building bridges and skyscrapers in Montreal before he joined the army and went off to war, talking about the prowess and courage of the Mohawk people, especially, he said, those that he worked with, swaying in the wind 100 metres or more above the city’s concrete streets. When we moved west in the late 1950s he said the same of the Cree and other Indigenous peoples who often put their lives on the line to ensure that northern communities and infrastructure laying in the path of forest fires were protected.

“They’ve had a few centuries to learn that trade,” he’d say, “because for the most part the only people living in heavily forested regions are Aboriginal people; they had the most to lose.”

He was right; over the years I’ve heard numerous stories about the bravery of Canada’s First People and their willingness to tackle the impossible and come out on top.

“Long before the settlers ever arrived in the west,” assured Ft. McMurray Forest Area Manager, Bernie Schmitte, “the Aboriginal people were putting out fires on their own; they have a natural ability as firefighters. For some people, this is the life and because Indigenous peoples are akin to the land, they can really excel. Some of the kids coming out of the program today are doing excellent work.”

The role of the wild land fire fighter hasn’t changed that much over the decades, but the training programs are continually being upgraded to meet the ever-changing fire conditions.

“The training is more intense today,” emphasized Schmitte. “Fire behaviour – why one fire does one thing and another similar fire does something totally different – plays a much bigger role than it has in past years. Safety awareness and instruction has become more important than ever before.”

Until the early 1950s no training programs were in place in Alberta, but firefighters with experience could always be found when a fire broke out.

Organized training first got underway in Kananaskis in 1951. The ten-week course was held in a building that had formerly been used to house some of Canada’s Second World War prisoners. Within a short time, the course was increased to 12 weeks and wild fire training was added to the program. More intense training got underway following a large fire south of Hinton, a fire that was threatening a nearby lumber mill. The owners went to the government and told them they needed better fire protection if they were to continue to build the infrastructure needed to harvest lumber.

“That fire was the catalyst for change,” reported Alberta Wildfire Information Officer Janelle Lane in a 2015 documentary produced by the Alberta Forest Service to celebrate the 50th Anniversary of Wild Fire Training in Alberta.

“The forest protection system started improving thanks to key players like Frank Platt and Ted Hammer. Fire behaviour and fire line safety was on the minds of forestry officials across North America throughout the 1950s. In 1959 representatives from the Alberta forest service participated in a new fire behaviour course in Montana. From crew sizes to training and command systems, the idea to train firefighters was gaining momentum.”

The training paid off for Indigenous firefighters in a number of ways. The biggest achievements came when fully-trained wild land forest firefighters like Sam Sinclair took their knowledge back to the communities. That’s what he did in 1959, the last year that training took place at Kananaskis.

“Slave Lake district ranger Sam Sinclair, a proud Métis, did well at the school,” noted Lane. “He showed strong leadership (and) brought all his training back to his home district and put it to use training local Aboriginal people. He drummed up enough funding on his own to train a group of men as firefighters in the spring of 1960.”

As Sinclair and others trained people in their respective communities, a new training school opened; today it is known as the Alberta Forest Service’s, Hinton Training Centre.

In a five-page report entitled “50th Anniversary: Aboriginal Firefighter Training in Alberta,” from which the documentary was made, Lane wrote that “with fire a fundamental part of Aboriginal culture” Sinclair had little trouble gaining new recruits.

The report notes that Paul Courtoreille, an Aboriginal firefighter from the Slave Lake Wildfire Management Area remembers learning about wildfire as a child.

“I learned about fire behaviour before I actually took any course,” notes Courtoreille. “Now that I look back (I realize) it was something that was ingrained in the culture.”

He lauded Sinclair, calling him a man who “stood up for his people.”

The input and experience of the province’s Aboriginal firefighters has been invaluable, both as source of vital information, and because their efforts and achievements helped to bring about the rules, regulations and protocols that exist today.

Fast forward to May 2016. On May 3, Fort McMurray was threatened by the quickly spreading flames from encroaching wild fires. The city and several neighbouring communities were evacuated. Within a week more than 49 wildfires were burning in Alberta; seven were deemed to be out of control. More than 1200 firefighters, including those from local First Nations communities, along with 145 helicopters, 22 air tankers and more than 140 pieces of heavy equipment, were brought into action.  In all, more than 90,000 residents from throughout the Ft. McMurray region were evacuated.

Local fire departments called in some outside help; the Ft. McKay Fire Department was one that responded.

“It was the first time we’d ever been called on to help control a fire outside our area,” noted Fire Chief Mel Grandjamb in a recent interview. When he and his crew arrived in Fort McMurray they worked primarily in the Grilling Terrace where in two days they helped to secure more than 200 houses that had been threatened by the fire. As structural firefighters Grandjamb’s crew did not participate in fighting the wild land fires.

A wild lands fire fighter with five years of experience on the job, 28-year-old Josh Cardinal is a member of the Saddle Lake First Nation. A former Firetack Crew member, he joined the Helitack Crew earlier this year and in fact was still in training for his new assignment when word came that Fort McMurray was under siege from nearby forest fires.

“I was just completing my training at the Hinton Training Centre when we heard about the fire,” explained Cardinal. “When we finally got out on the fire line we were able to do our part and have fun while doing it, with safety in mind – thanks to the expert training we’d all received in Hinton.”

In a blog, Cardinal remembered the fire, but particularly those he worked with.

“We were called a ‘Special Unit Task Force’ a few times by other fire fighters because our call sign was “CH62, LH07, CH06, LH03,” which is a mouthful to repeat on the radio every day,” he assured. “A unit crew is usually filled with twenty firefighters. We only had fourteen, but we sure didn’t act that way. Everyone’s work ethic was as great as the next persons. Our leaders and Strike Team leaders were very knowledgeable and everybody was always looking out for one another, either through posted lookouts from afar or from the person working next to you. These were truly great individuals to have at your side on a fire this size. I was very fortunate to have worked with, as well as learned from, these incredible people.”

When his crew arrived on the fire line the hot weather and the blowing wind forced them to cut down a number of trees that were already on fire and threatening to fall over.

“The fire behaviour was erratic,” explained Cardinal, “and we really had to keep our wits about us. Trees were burning and swaying and falling over throughout the forested area we were working. The work we did was actually quite routine; it is important to cut burning trees because when they uproot it can be extremely dangerous.”

Cardinal remained in the fire-laden district until the fires had been quelled. He said his experience and the knowledge he gained at the Hinton Training Centre, along with the unity and closeness of his work crew, helped them to finish the tasks they’d been assigned without accident or major injury.

“Allow me to say that I had one of the best times of my life at the Hinton Training Centre. Forty-one strangers coming together for ten days seemed intimidating to me, but the instructors and mentors pushed and encouraged us every day. The instructors and mentors were unbelievably knowledgeable, as well as hilarious and stern in their push for us to be professional and become a team. ‘Be prepared or be tough,’ is what we would hear every once in a while. I’m sure there were a few that could relate to me for I was not prepared to be up for 6 a.m. fitness every morning. Again, the mentors and instructors pushed us through the tough times, and as we started to come together as a group, we would push each other more and more each day. I never would have thought one could come away with such feelings of gratitude for meeting such amazing individuals. We were quite a diverse group – people from the east coast to people from out of country, people who were engineers or in the process of finishing their degrees. There were people from all walks of life – coming together. I was happy to be there; I was happy to help.”

To learn more about Aboriginal Firefighters and the 50th anniversary of their Fire Fighter Training visit albertaforesthistory.ca, and check out p. 55 of the February 2016 edition of their newsletter Trails and Tales.

Be the first to comment on "Paying tribute to Aboriginal Firefighters"