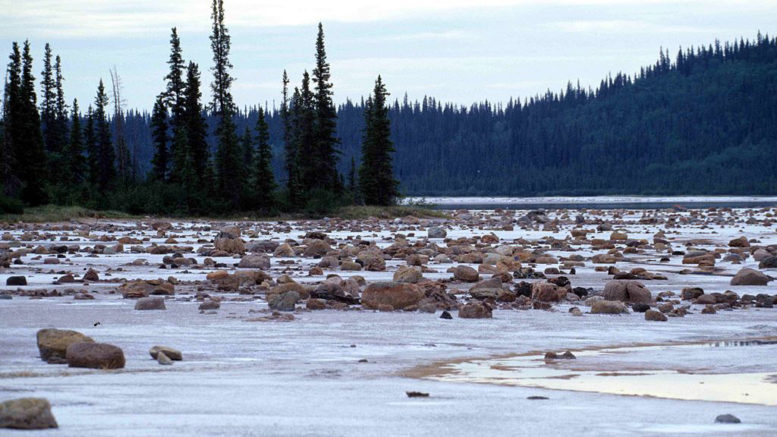 The 44,000-square-kilometre park is Canada’s largest national park and home to one of the largest free-roaming wood bison herds in the world. It also includes the last remaining nesting ground of the endangered whooping crane and contains one of the world’s largest freshwater deltas.

In Dec 2020, Parks Canada submitted a progress report to The United Nations Educational, Scientific and Cultural Organization (UNESCO) which updated their progress toward the conservation efforts to save the park. The federal government also promised another $59.9 million toward implementing their conservation plan, on top of another $27.5 million pledged in 2018. The funds will also be used to “strengthen park management in collaboration with Indigenous partners.”

The late submittal was interpreted as the Federal Government not taking conservation or Indigenous issues seriously.

Lepine was “not surprised” at the Federal Government’s announcement that the report would be delayed. “We’re just frustrated, we’ve been seeing this for decades.”

A UNESCO report in 2019 concluded that the park’s “outstanding universal value” was at risk because of climate change, upstream hydroelectric developments and resource extraction; more specifically, impacts from hydro development in B.C. and oilsands projects in Alberta.

The report also said that if Canada didn’t commit to the National Park, there was a possibility that it would be placed on the list of endangered world heritage sites.

Gillian Chow-Fraser, the boreal project manager for CPAWS Northern Alberta, said that “the possibility of having it listed as a world heritage site in danger, is really kind of embarrassing on a global scale.”

A statement released by Parks Canada, indicated that they were still “finalizing” the report and would submit it “shortly.”

“We remain committed to protecting Wood Buffalo National Park,” the statement read. “We will continue to implement it to ensure the park remains a treasured place for generations to come.”

On Dec. 2, a day after UNESCO’s deadline for the progress report, Chow-Fraser, Lepine and leaders from the N.W.T. sent a joint letter to the director of UNESCO’s world heritage committee. The letter was meant to update UNESCO on promises Canada made in their 2019 action plan to protect Wood Buffalo National Park. The letter also asks the federal government to study the risks of releasing treated tailing waters from oilsands projects into the Athabasca River.

“Our on-the-ground perspective is that progress on several critical pieces of the Action Plan have stalled,” the letter reads.

The federal government’s conservation plan has 142 points, including actions to enhance research, monitoring, and management of the park with its Indigenous partners. And while a series of projects have been started – such as new legislation that changes the way major projects are reviewed and approved, with the goal of getting more feedback from Indigenous groups and the public – there are other areas that have little to no progress at all.

“I use the word collaboration. That’s a big word these days. That’s what we’re going to have to be doing with any future management with the park,” Powder said.

UNESCO will review Canada’s progress report this summer to determine whether the park will remain a world heritage site.