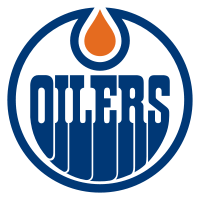 The Edmonton Oilers are honoured to host a Celebration of First Nations Hockey on March 30 as the Oilers take on the New York Rangers. The celebration coincides with the end of the final national event of the Truth and Reconciliation Commission of Canada (TRC), held in Edmonton from March 27 to 30, 2014.

The TRC was established to educate Canadians about the history and ongoing legacy of Indian Residential Schools. Thousands of Aboriginal children in Alberta were taken from their families and sent to schools which were funded by the federal government and run by the churches. While it was a difficult era for First Nations children and their families, hockey soon emerged as a sport that could bridge barriers and provide a positive experience in an otherwise dark time.

“The Edmonton Oilers have a special connection with our many fans and supporters throughout First Nations communities in Oil Country,” said Patrick LaForge, Oilers President & COO. “In acknowledging this terrible chapter in our country’s history, we’re also proud to celebrate hockey as a beacon of light and hope for many First Nations people in our province and across Canada.”

Other in-game elements will include an honour guard of former residential school hockey players and their descendants, and a group of First Nations youth hockey players on the ice.

“On behalf of the TRC and First Nations people, we would like to thank the Edmonton Oilers for their support and leadership,” said Chief Wilton Littlechild, a former U of A Golden Bears left winger. “Hockey was a common thread of positive experience for hundreds of residential school survivors, including me. The Oilers understand that, and they’re committed to making a difference in the lives of today’s First Nations youth.

The TRC’s Alberta National Event is open to anyone interested in attending and will be held at the Shaw Conference Centre from March 27 – 30. Please visit trc.ca for a copy of the program. Limited tickets remain for the Oilers Celebration of First Nations Hockey on March 30 at Rexall Place. To secure your seats, please visit edmontonoilers.com.