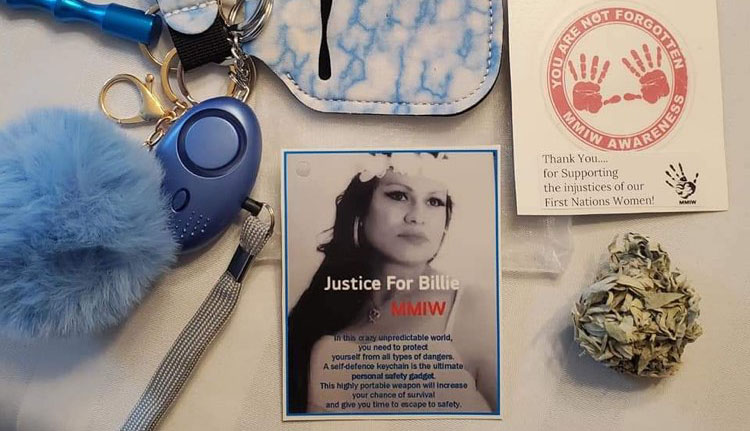 (ANNews) – Marless Johnson is a mother on a mission to get justice for her daughter, Billie Johnson. Trial dates are set for March 20, 2023, to April 2, 2023. Jury selection takes place this month.

Billie Johnson was living in Edmonton at the time of her death and in a relationship with Kenneth Courtorielle, 35, who has been charged with second-degree murder in Johnson’s death.

He was arrested on Feb. 9, 2021, in St. Albert with the assistance of RCMP and was charged with second-degree murder. 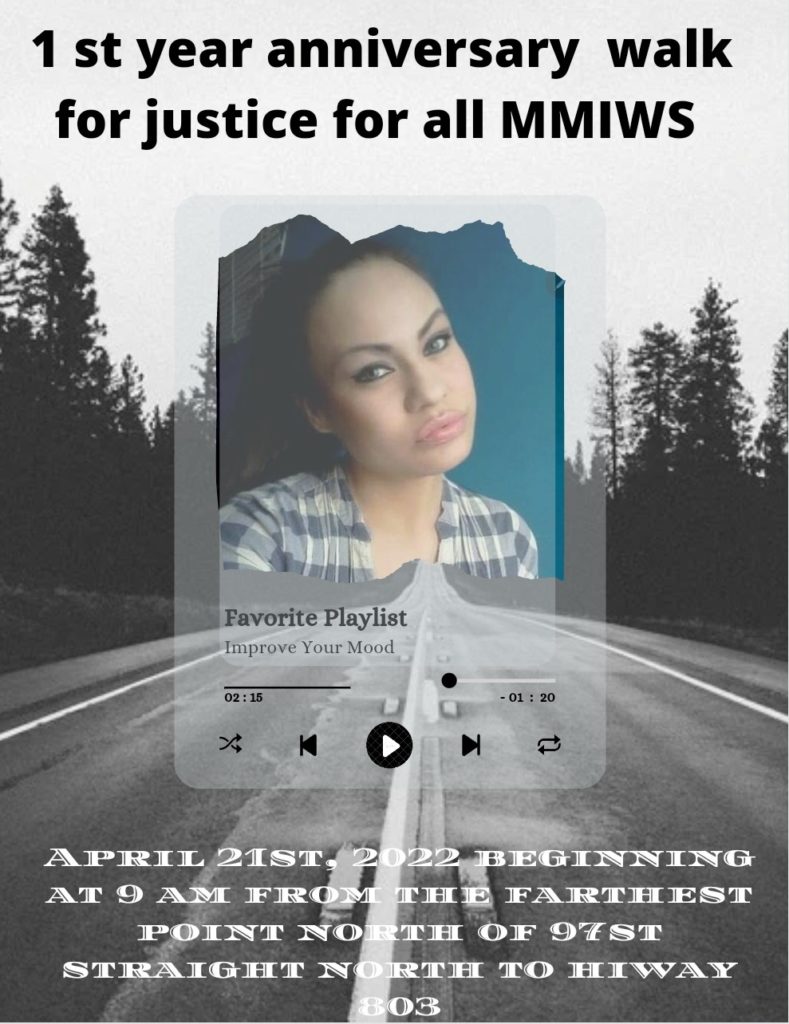 In an exclusive interview with Alberta Native News, Marless describes the pain she has had to endure, actions she had to take to find her daughter, and her mother’s instincts that guided her along the way.

The family and supporters are setting up a new foundation in honour of Billie Johnson called, Southern Wind Foundation – “I never want another mother go what I have gone through,” said Marless Johnson.

Luci Johnson, a high-profile community court worker said that “the foundation is named after Billie Johnson but under her traditional Cree name and in her favourite colour as well.” Starting the foundation in Billie’s name was a proactive way to help not only the mom who is the victim and her children, but also for other First Nation women be aware of preventive factors.

Luci Johnson added, “Southern Wind Foundation will be started through Cree culture, through the ceremony, and it will be readily available to support other families in their time of need also, like Chantelle Firingstoney’s and many others. By being in the news and [being] vocal we hope other families can reach out to us.”

“It has to stop,” said Marless Johnson. “This epidemic has been plaguing our communities for over a hundred years. It must stop! They have to stop thinking we are easy targets, and I want to do that with the legal system too.” 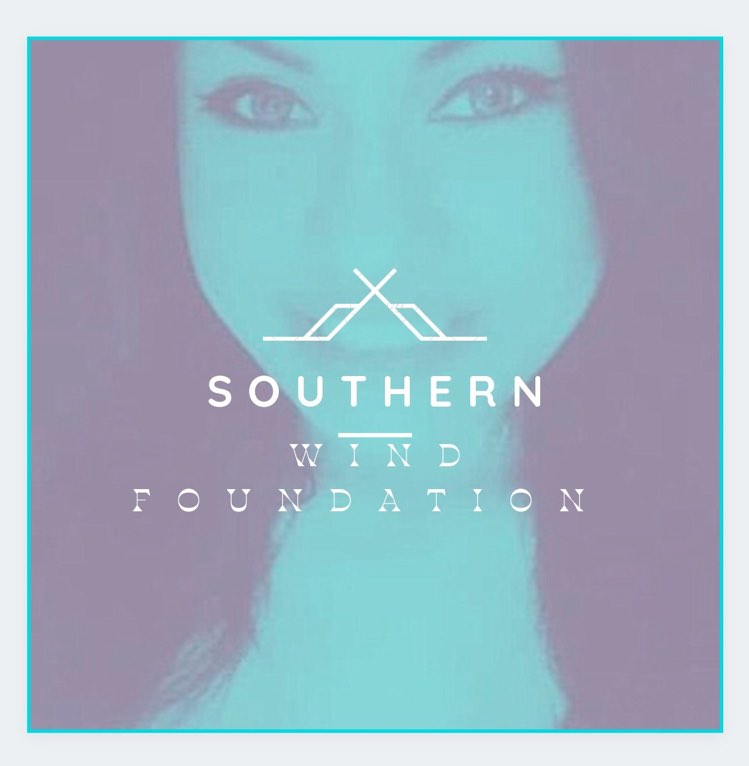 According to Amnesty International, 1,017 women and girls identified as Indigenous were murdered between 1980 and 2012 – a homicide rate roughly 4.5 times higher than that of all other women in Canada.

And just this month, Wood Buffalo RCMP have charged a Fort McMurray man with second-degree murder following the death of Sherry Lynn Flett. She was 43.

The Johnson family is creating a walk in Edmonton, planned to honour and raise awareness of all missing and murdered Indigenous people (MMIP) on April 21, 2022. It begins at 9 am from the farthest point of a point north of 97 Street, straight north to highway 803.

December 24, 2020, was the last time Billie Johnson was seen alive by her father as she waved goodbye and wished him a Merry Christmas.

Marless knew her daughter was in trouble. From the very beginning, she had a sense that her daughter’s partner was dangerous. So, she was worried when Johnson did not show up for Christmas and there was no sign of her on Boxing Day.

During this time Marless knew something unusual was happening – she felt it. She said that she “had a sense that her daughter was in danger.” So, she contacted the Edmonton Police Services EPS.

Marless explained that initially, EPS didn’t take her seriously; she pleaded with EPS to look for her daughter. Marless reported her daughter missing on Dec. 28, 2020. The lack of initial support or urgency by EPS caused the Johnson family to hire a private investigator.

Marless is asking for changes in how Indigenous MMIP are reported. She explained, “When Indigenous people go missing there needs to be an alert system in place similar to the amber system.”

Four months after her daughter was reported missing, her body was found, after several family members, First Nation bands, and communities came together to search for her body.

“I didn’t sleep, and I didn’t eat while I looked for my daughter,” said Marless Johnson. “The most difficult thing I had to do was to think like a criminal and as an investigator.” 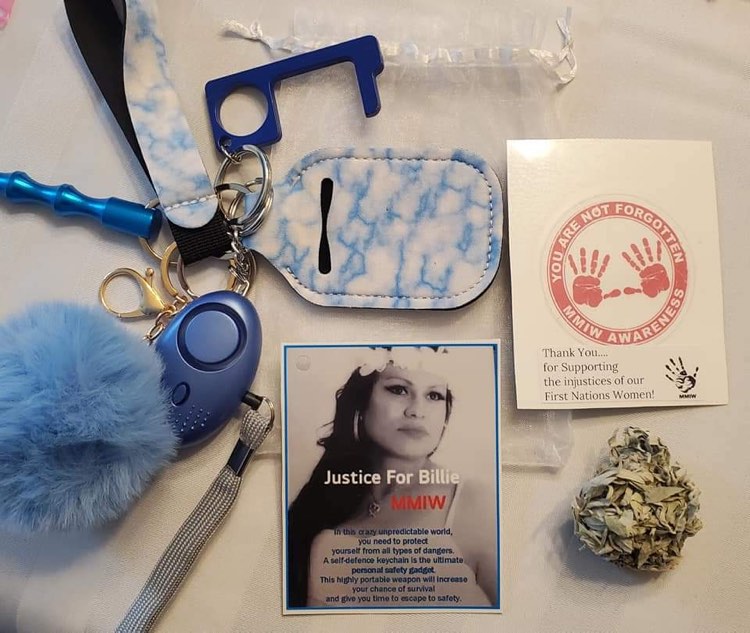 She recalls, having a difficult conversation with the private investigator hired by the family to help in the search for her daughter. She said, “I had to ask myself – if I was a criminal where would I put a body? I had to wrap my brain around it and put myself in his shoes.”

She recalled details of what her daughter had told her about him. “I remember her talking about where he took her hunting north of the city and where he took her quadding with his uncle on Enoch Cree Nation,” said Marless Johnson. During the search, the community of Enoch also assisted.

Marless said every morning during the search she would call to her daughter’s spirit. “My baby, my baby where are you? You have to help mommy find you? Where did he put you? Go to the light. Go to the light around people.

“My gut instinct, when the investigator asked me where he might have put my daughter – was up north, I just knew; I felt it. It’s a mother’s instinct,” said Marless.

Marless Johnson made a few recommendations by calling on the Canadian Government to investigate how non-Indigenous cases are handled by the prosecution team compared to Indigenous families.

There also needs to be a revision in the laws around how paroles are handled, she said. “They need to understand what parole means. It’s not an easy slap on the hand. [If] you commit violence again while on parole, you finish those years [of your sentence].”

A final recommendation by Marless is also echoed by many within Canada’s Indigenous communities. There needs to be a major investment in on-reserve MMIP programs, support, security, and protective measures of MMIP. Overall, there must be significant investment by Chiefs and Councils in the safety and security of Indigenous families on and off-reserve.

Marless is thankful to the EPS investigator and her private investigator, as well as to everyone who supported her family during the most trying times of their lives.

She is currently writing a book to help in her healing, and she expects to complete it in a few years. The family is also fundraising by selling Safety Awareness Keychains, for information contact [email protected]

Earlier this month the Alberta government received the MMIW working group’s final report and the province is now reviewing the report to study their recommendations and determine the next steps.