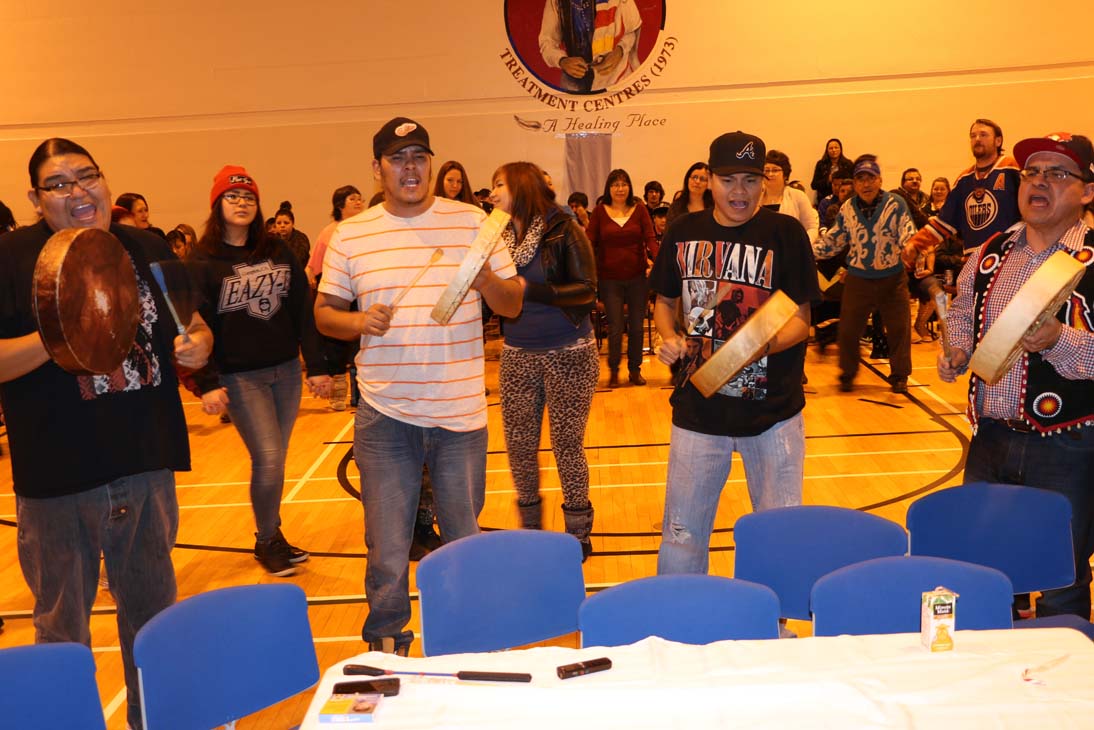 In the world we live in, there are many stories of things gone wrong: stories of dysfunction, abuse, misery, sadness, depression, loss of spirit, and so forth.

They are stories that blanket the world. However, here in Canada, Aboriginal people personally experienced much of the foregoing and more. Just ask any residential school survivor from the Aboriginal community-at-large.

When a number of the aforementioned survivors started going public with their traumatic stories in the 1990s and early 21st century, the country was absolutely stunned. As stories of physical, mental and sexual abuses became public knowledge, the world listened in shocked disbelief and certain circles, especially the religious orders of Christian faiths which operated the schools in question, lived in denial and were unwilling to own up to their complicity in the scheme of things. That situation, however, could not last forever. Hardly.

In Alberta, one of the Aboriginal service agencies that played a prominent role in an honest attempt to make things right, was the Nechi Training, Research and Health Promotions Institute which shares space with Poundmakers Lodge in St. Albert, immediately next door to Edmonton. In its own wisdom, Nechi saw a valuable opportunity to reach out and help, and help it did.

Approximately five years ago, the organization developed a special project entitled Healing Together Our Sacred Journey (HTOSJ). In the spring of 2011, it had a name change to Our Spirit Survived said Geraldine Potts, Nechi’s Director of Operations. Alvina Lake is the project coordinator.

Over time the project visited Alberta’s Aboriginal communities and with the input of valued Elders, “who played a big role” in developing the project, explained Potts, they put a viable program together to assist with the much-needed healing journey.

Nechi, with funding through the Aboriginal Healing Foundation, conducted workshops and lectures, not just locally but took the program on the road as well, visiting communities in the far south, all the way to the far north of the province. 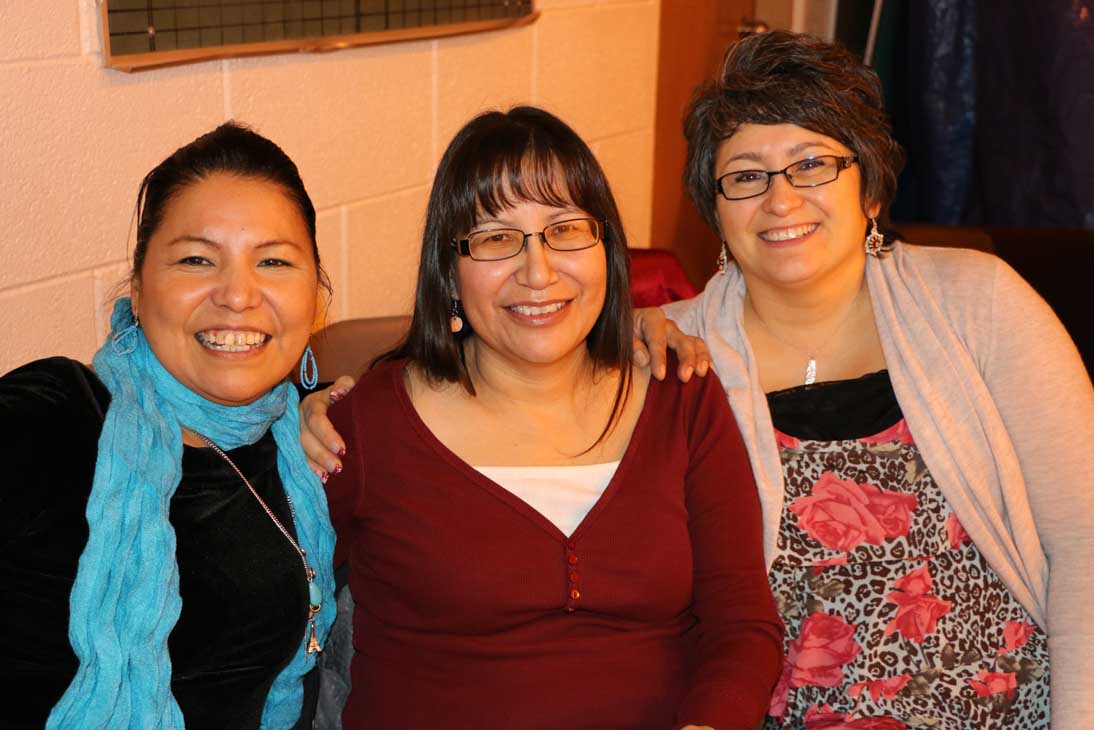 The program participants, noted Lake, contributed to being “part of their own healing journey by sharing their stories and experiences about residential schools.”

Potts further alluded to the success of the project in not only familiarizing survivors and others about the grief and traumas of residential school, but in assisting those negatively impacted in knowing how to live with it, how to put that part of their past behind them and how to move on with their lives in a good way. The project was a means to “empower” them she stated, “to understand who we are as individuals.”

Our Spirit Survived also reached out to the intergenerationally-impacted children and grandchildren of survivors. The program involved approximately 800 impacted school children said Potts. They benefitted by learning how the system affected their own parents and grandparents and why things were so traumatic in their particular world. Thanks to such knowledge, they became better equipped to deal with their own personal lives and to know that things could improve.

According to Lake, High School Social Studies teachers have recommended that this information is so important, (survivor information, history and programming) that it should become part of the school curriculum.

Despite the success and positive reception of the project, it all ground to a halt on December 31, 2013. Program funds had run their course and Nechi had no more operating capital.

Approximately 400 turned out on that cold December evening which concluded with a special Honour Dance by self-identified survivors of the project. Twenty-three individuals participated in the dance and Lake estimated that another 50 to 60 individuals remained out in the crowd because they wished to be anonymous. Those who stepped forward were presented with a special token of appreciation from Nechi organizers. All survivors were also given a copy of the Nechi publication, “The Spirit Weeps” by Tony Martens, which focuses on the “characteristics and dynamics of child sexual abuse,” added Lake. 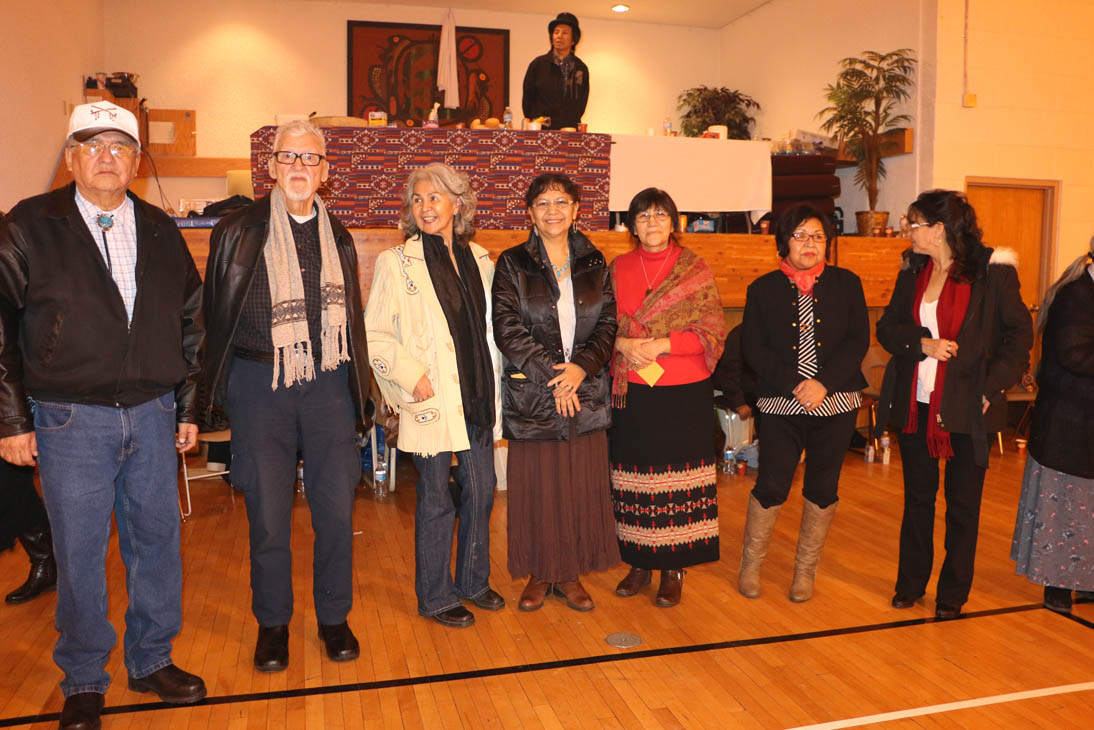 Northern Cree provided the drumming at the Nechi Round Dance held December 28, 2013 in honour of residential school survivors and to commemorate the closing of the Our Spirit Survived project. Organizers and participants are hopeful that the important project can be revived. (Photo by Terry Lusty)

While the close of 2013 marks the close of the project itself, Potts is upbeat, hoping for the best. She informed Alberta Native News that Nechi is part of a group of projects with a co-ordinator who maintains lead discussions with The Assembly of First Nations and has put their trust in the national grand chief, Shawn Atleo, to intervene on their behalf at the federal level. She hopes he will spark sufficient interest for Canada to shake loose additional dollars that would help the organization continue its worthy project.

In fact, she adds, they (Nechi) have not yet been in a position to address that darkest of dark times – sexual abuse. “It’s a vital subject that’s gone neglected,” she said, “because funding, only covers other areas of programming, such as information workshops, healing circles and talking circles.”

“We have received a letter from Health Canada asking us to direct participants to them,” stated Potts, knowing full-well that the ideal is for Nechi to continue doing the job of delivering community wellness workshops.

It’s a common story in Aboriginal circles. They’ve heard it all before. “You plan and develop the programs, then government or non-Aboriginals take it over.”

Will government recognize and fund the healing journey at the community level where the operations are in the care and control of the ever-so-valuable frontline workers? Only time will tell.

In the interim however, it’s the victims themselves who are once more negatively impacted with no option but to go it alone.

Be the first to comment on "Nechi Survivor Program loses funding"