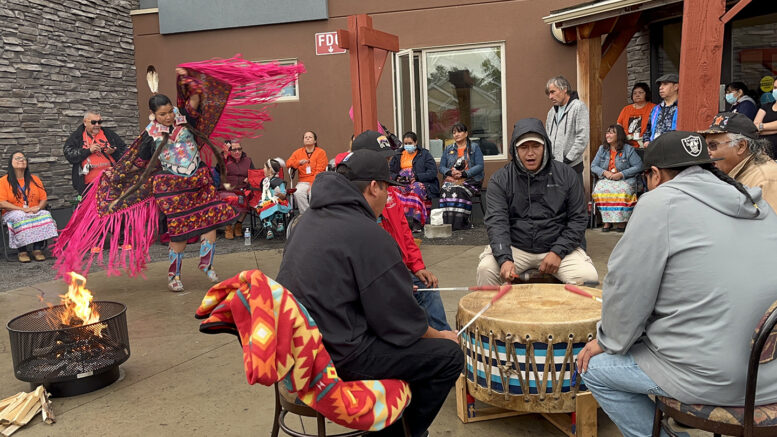 Dancing and drumming at Ambrose Place in Edmonton on September 30 - National Day of Truth and Reconciliation. Photo by Paula Kirman.

(ANNews) – A number of events were held on September 30th to mark the National Day for Truth and Reconciliation (also known as Orange Shirt Day) in Edmonton. Several took place throughout the day in the northeast neighbourhoods of McCauley and Boyle Street. 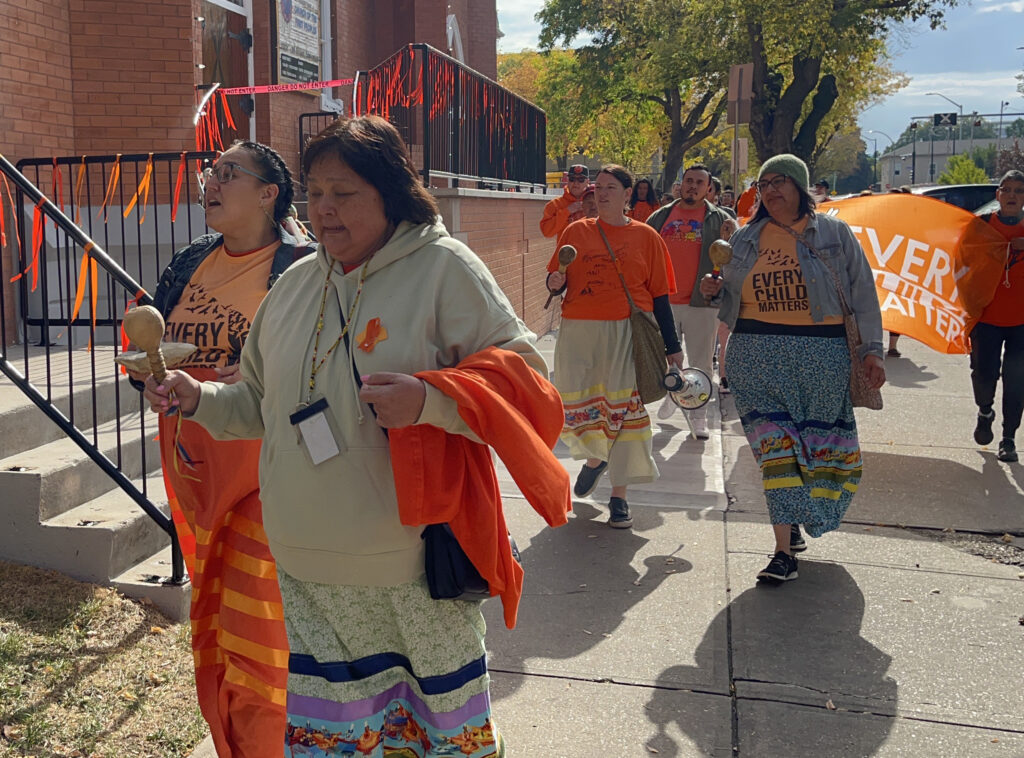 A morning gathering outside Ambrose Place offered the chance for participants to share their thoughts and experiences. Drumming and dancing also took place. Many of those in attendance were residents and staff of Ambrose Place, but other community members came as well. Ambrose Place, operated by Niginan Housing Ventures, provides permanent, supportive housing for Indigenous people, in a culturally-sensitive environment. It is located in McCauley’s Chinatown area.

Shortly after noon, the Standing Together Orange Shirt Day Community Walk began at Mary Burlie Park, also in Chinatown. Led by Elder Lorette Goulet, who also spoke at Ambrose Place in the morning, around 150 people took part in the walk, which was supported by the City of Edmonton and YWCA Edmonton. 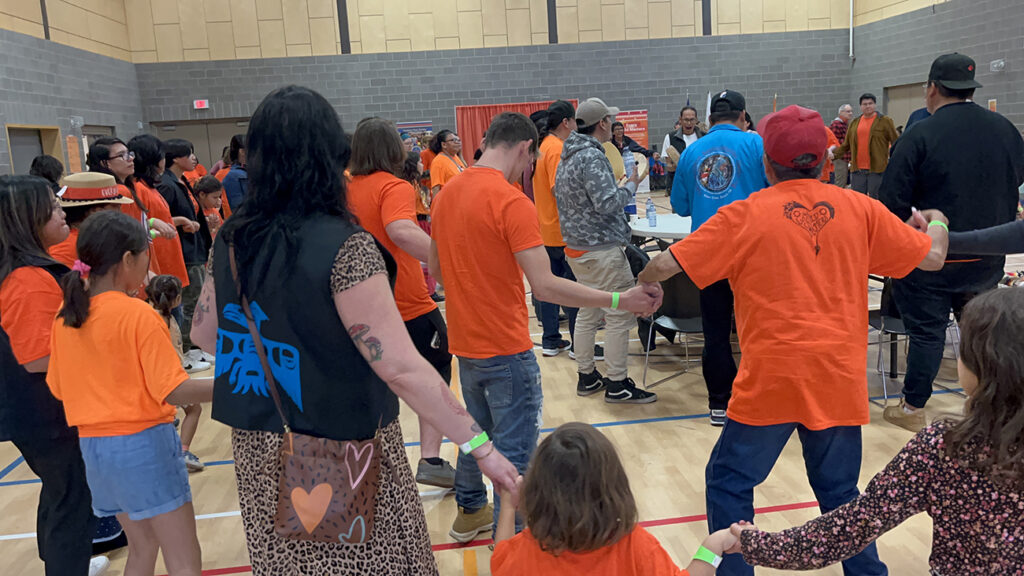 Round Dance at Boyle Street Plaza on September 30 in Edmonton.

Walkers passed by Ambrose Place and Sacred Heart Church of the First Peoples before reaching Giovanni Caboto Park in Little Italy, where people had the chance to speak, as well as have refreshments and get an orange shirt for those who did not already have one.

An all-day event at Boyle Street Plaza, Calling Our Spirits Back, was organized by the Creating Hope Society. It began in the morning with a Sunrise Pipe Ceremony, followed by Courageous Conversation and a panel discussion. The final event of the day was a round dance which packed the Plaza almost to capacity.