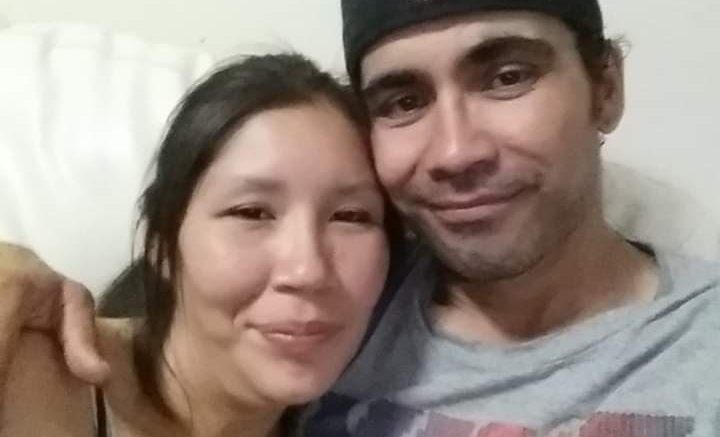 Russell Hamilton in an earlier photo with Toni Tobac. The Yellowknife mother was missing in Edmonton and has now been found. 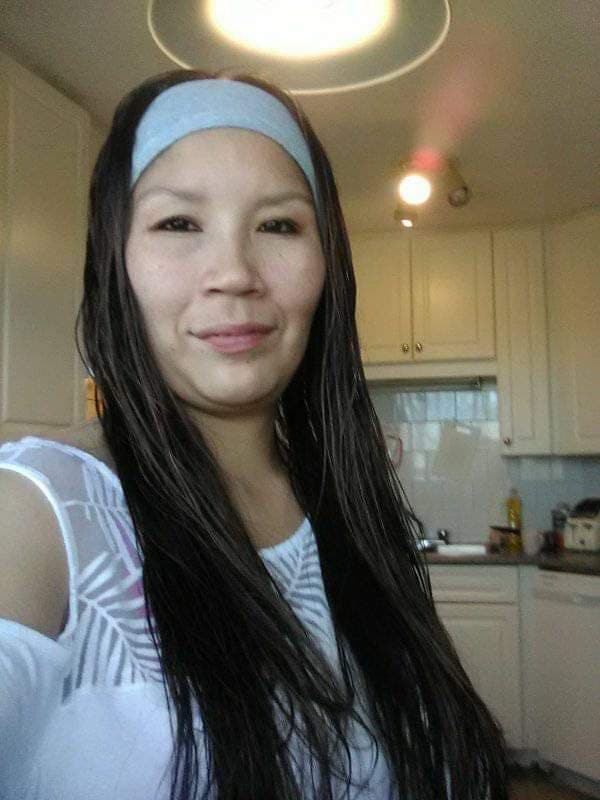 Toni Tobac has been missing in Edmonton since April 21.

(ANNews) – A Yellowknife father is pleading for help to find his common-law wife Toni Tobac who vanished from the Stollery Children’s hospital in Edmonton last Tuesday evening.

Russell Hamilton says he spoke with Tobac via telephone around 8: 30 p.m. on April 21. She was with their son in the hospital where the one-and-a-half-month-old was recovering from surgery for pyloric stenosis.

The baby and mother were medivaced from Yellowknife on April 20.

“She said I love you babe. I’m going to have a nap now with our baby,” said Hamilton.

Around 11 p.m. that same evening Hamilton called to check-in on Tobac. When he called the hospital after she didn’t respond on her cell phone, he learned a charge nurse was tending to his son, and Tobac was nowhere to be found.

“The nurse said Toni told her she was going for coffee with her brother, but she doesn’t have a brother there,” said Hamilton.

This discrepancy set off alarm bells and the next day Hamilton called the Edmonton Police to file a missing persons report. He was unable to reach Tobac via her cell phone because it only works with a wifi connection.

As the hours ticked by with no sign of Tobac, Hamilton said he started to panic.

“She’s a really good mother. I can understand maybe if she took off for a day,” said Hamilton who shared he and Tobac once struggled with addictions but have worked to overcome them. “But I can’t understand her leaving for any longer. If you could see the way she loves these kids, she doted on them.”

The two have been together for seven years and have three children together all under the age of three, said Hamilton. Tobac also helps raise his six year old daughter. When a social worker called after Tobac disappeared, Hamilton said he was relieved Alberta Children’s Services helped to get his son back to him.

“I begged them not to apprehend my son because Toni is missing and they were very helpful.”

The police, however, have ignored his pleas for help, he says. After filing a missing persons report he said nothing has been done to find his wife. He was told via email that no one works in the missing persons department on the weekend.

“That made me pissed off. So, people are only allowed to go missing Monday to Friday? They haven’t told me a damn thing about what they’re doing to find her. Come on, you got to do something!”

Since making a post about Tobac missing on his Facebook page (that’s now been shared thousands of times), Hamilton learned Tobac may be with a man named Ernest Junior Manuel in Edmonton.

Several people connected to Manuel got in touch with Hamilton and Tobac’s cousin Jeanette Tobac to let them know Manuel was in communication with them. Jeanette lives in Fort Good Hope, NWT and is working day and night using wifi and her cell phone to try to track down Tobac.

“He (Ernest) said she’s with him and she’s OK,” said Jeanette who’s never met Manuel but says Tobac has a child with his brother. “But I told him (through his family) we need to hear from her, to hear her voice so we know she’s OK. But then he stops talking.”

She said Manuel provided family members with an address to where he was with Tobac but the address turned out to be fake. Jeanette hopes her cousin is not in danger but suspects that wherever she is, she’s being held against her will.

It’s out of character for Tobac to leave, especially her young baby, she said. Jeanette’s gathered a group of volunteers who are combing the streets of Edmonton looking for Tobac. Yesterday, searchers drove around for eight hours.

“I’ve been using social media and doing what I can to find her. It’s so frustrating being way up here, but I feel like I have more eyes on the street than the police out looking for her.”

“She’s being held against her will…or something else terrible happened and I don’t want to think about that. This is horrible, to be so far up here with my kids. I have no babysitter and I can’t afford to go down there. Whoever is with her is playing one hell of a sick, twisted game.”