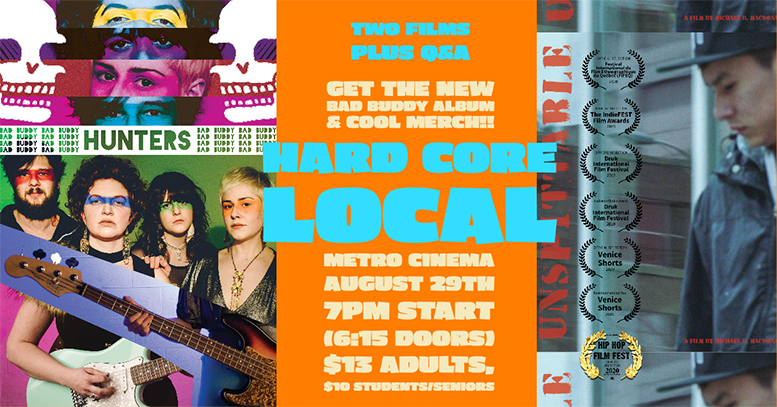 (ANNews) – Welcome back to Metro Cinema in Edmonton! On Saturday August 29, 2020 a special event will be held there at 7 pm – Hard Core Local: An evening of film, music and conversation featuring Bad Buddy and Unspittable. The event will include a double feature followed by a Q & A with the filmmaker and the artists featured in the films. Doors open at 6:15 pm.

In this edition of ‘Interview with a Filmmaker,’ Alberta Native News spoke to Michael B. Macdonald, an award-winning filmmaker, cine-ethnomusicologist, and associate professor of music in the MacEwan University Faculty of Fine Arts and Communications here in beautiful Edmonton, Alberta. He has two films being screened at Metro Cinema in Edmonton’s Garneau District on August 29.

The first film is Hunters, which is about the band ‘Bad Buddy’ during their Sled Island tour and is a feel-good road-trip documentary. The second film is called Unspittable and it is about an Indigenous rap group from Edmonton under the same name; it is described as ‘participatory ethno-fiction film production.’ 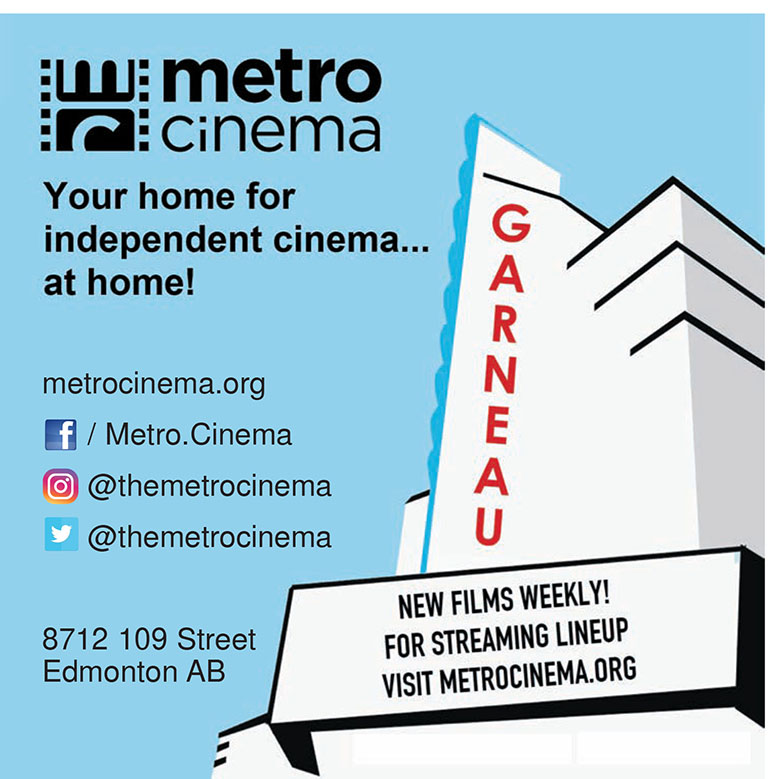 Michael B. Macdonald was the sole filmmaker on the Bad Buddy film and for the majority of the film Unspittable, which included an audio-tech for select scenes.

The impetus for the film Unspittable, created between 2016 and 2018, was a book that Macdonald wrote about hip-hop in Edmonton. “Unspittable were young members of a group called collective conscious,” he explained. “I originally wanted to make a documentary about a group called Raw Nation, which was a large, all-Indigenous hip-hop group and they were tremendously cool.

“Unfortunately, the group didn’t stay together long enough to make a documentary about them, but Andrew – who is Amplify in Unspittable – had put together this group [Unspittable]. We were conversing and he said: Well, we don’t have the big group, but what do you think about making a film with just my group?”

Macdonald continued, “That’s when we started and instead of making a documentary – like a ‘normal’ documentary with talking heads and things – I wanted to make something much more expressive and that’s why we made the ethno-fiction.”

The film Unspittable is a bit more experimental in the sense that it is not a cut-and-dry documentary – in fact, it’s closer to works by Harmony Korine or Paul Thomas Anderson. It is a practice in ‘participatory ethno-fiction film production,’ which Macdonald elaborated on by saying, “I’m an ethnomusicologist, which means that I’m an anthropologist who studies music and I primarily focus on popular music.

“Anthropological film is called ‘ethnographic film/cinema,’ and what that means is that they are films made about culture. Originally, this film was made to bridge the anthropologists who would be interested in watching film and popular audiences,” he stated. “A French filmmaker in the 50s, by the name of Jean Rouch, was really important and developed ethno-fiction filmmaking.”

“Participatory Ethno-fiction filmmaking means that the group [Unspittable] and I made the film ourselves, collectively. We came up with the story, they had input in the editing, and over that period of time we kind of collectively created the film together. So, the idea is that we are collectively understanding how the culture of hip-hop happens in Edmonton and we were trying to make a film about it.”

After I expressed my shock and wonderment, Michael continued by saying, “That’s what I really like! I would say most of what I do is ethno-fiction because I really like the blurring between fictions and reality.

“It’s like, academics have this kind of commitment to the idea that there is some kind of reality that can be easily presented, but storytellers know that the realities of the world are often the stories we tell about it.

“So, this is an opportunity for us to tell a story about hip-hop in Edmonton, but in a way that is really blurry between whether or not it’s a made-up story or a documentary. And you may have this experience when you watch it – a funny feeling that you’re somewhere in between the two. That’s what I’m looking for, that’s what I’m trying to get to. It’s something super hard to explain, but I think viewers feel it when they watch it. They’re like, ‘is this real? Or is it a fiction film?’ and y’know, the reality is that it’s both. Same with everything.”

The two films, despite essentially being focused on the same subject matter, are different in tone. They each feature the ‘rock-star’ lifestyle and both will definitely make you want to give up everything to follow a life of partying, rock and roll, and good times. However, Unspittable is much darker than the Bad Buddy film. Perhaps it is because of North American Indigenous history and the role it plays when speaking about things like partying and rock and roll, especially within contemporary Indigenous contexts.

After being asked whether it was a conscious decision on his part to screen the films back-to-back to highlight the disparities between the two, Michael said, “There was no intention of screening these films back-to-back. I wasn’t able to screen Unspittable in Edmonton because it’s still in film festivals and it’s been doing quite well. And an Edmonton Film Festival required that it be a premiere, so it wasn’t able to be screened.”

Then the Metro Cinema approached the filmmaker to screen Hunters – his Bad Buddy film. “It was kind of an accident that they happened together.

“But what I will say about the rock-star lifestyle in Unspittable is that people have described the environment as being quite heavy in the film. There’s a whole bunch of running around and not a lot of payoff. And one of the interesting parts about watching these two films back-to-back is going to be: how much more developed the pop/rock music industry is compared to the hip-hop industry in Edmonton.

“I think Unspittable is a hell of a lot darker than Bad Buddy. The world that the Bad Buddy film is operating in, for the most part, appears to be extremely white. I think the world in Unspittable is more diverse and complex. But I think there’s going to be a lot of stuff that’s going to come out of screening the films back-to-back that wasn’t necessarily planned. When my films are screened back-to-back, you get two different pictures of Edmonton and Alberta that do cross-over due to the geography. But it kind of shows the way people live very differently in the same space and I like that complexity.”

The one ticket price will cover both films and the Q&A portion of the night.

The Metro Cinema is located at the Garneau Theatre, 8712 109 Street, Edmonton AB.

Be the first to comment on "Metro Cinema features Hard Core Local on Aug. 29 – includes Q&A with musicians and the filmmaker"