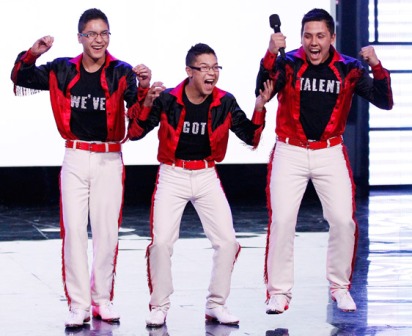 The sixth annual Métis Spring Festival will get underway in St. Albert’s Servus Place on May 16-18. The festival, which has grown in popularity with each passing year, is being hosted by Edmonton-based Métis Child and Family Services (MCFS).

In past year’s, Poundmaker’s Lodge hosted the event but last year Alberta Health Services took over the purse strings from AADAC, and some of the funding was lost.

“Last year we decided that because of funding cuts we’d have to cancel the Friday night talent show,” explained MCFS Executive Director, Don Langford. “This year Poundmaker’s doesn’t have the extra money in its budget to support the event and as a result, Métis Child and Family Services will act as host. When we cancelled the Friday night portion of the event in 2013, the City of St. Albert’s National Aboriginal Day Committee came on board and hosted what turned out to be a very successful Senior’s Opry. That event will take place again this year and will act as the opening event of a three-day weekend filled with fun activities for both adults and children.” 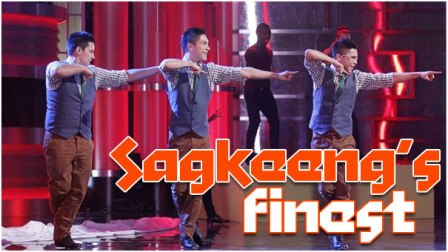 The very talented dance trio Sagkeeng’s Finest, will be among the special guests performing at the Metis Spring Festival next month in St. Albert

Highlighting the Métis Spring Festival’s 2014 paid performer list is special guest trio, Sagkeeng’s Finest. This highly acclaimed fast-stepping group of young men who hail from northern Manitoba’s Sagkeeng First Nation have won many competitions, including Canada’s Got Talent. In 2012, the debut year of the contest, Sagkeeng’s Finest finished first and took home an array of prizes, including $100,000, a chance to perform in Las Vegas, a Caribbean vacation and participation in City-TV’s New Year’s Bash.

One reviewer, talking about the performances of Sagkeeng’s Finest members, 17 year old Vincent O’Laney and brothers Brandon, 18 and Dallas Courchene, 17, stated: “An unbelievable combination of traditional jigging with a twist of modern dance, this troupe is one not to miss!”

Registration for the jigging and fiddling competitions will get underway at 9 a.m. on Saturday morning, May 17 with competitions beginning at 1 p.m. and the finals will take place at the same time on Sunday. Professional dancers, (those who currently dance with an organization or group) will not compete for prize money, and as established in 2013, paid performers will not be competing for prizes. 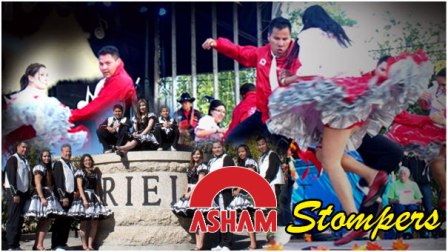 In the past anyone with some talent could enter the contests but because of the experience and expertise of professional jiggers and fiddlers, the younger and less-experienced competitors had less chance to win the prizes.

“We want to be fair to our younger and less experienced generations and as a result we’ve changed the criteria a bit,” explained Langford. “We are encouraging our youth, our adult jiggers and our seniors to come out this year and compete on an equal footing for the $20,000 in prize money. Registrations begin at 9:00 a.m. on Saturday morning and close at noon, but the earlier you get your name in, the easier it will be to arrange the list of talent when the competition gets underway. There will be no entry fees for either the jigging and fiddling competitions and categories include Tiny Tots, Teens, Adults and the Golden Age.

“We want every competitor to have an equal opportunity to win some prizes,” noted Langford, “and we’re encouraging anyone interested in participating to contact our festival coordinator, Florence Gaucher, for more information. We have a small gate admission fee of $10 per person for those aged 13 and over. That’s a two dollar increase this year to help offset some of the costs associated with hosting the event. There is no charge for children aged five and under and the cost is $6   for those aged six through 12.”

Servus Place has been the venue for the annual festival since 2010.

“It has proven to be the ideal location for the Métis Spring Festival,” assured Langford. “The community has been great supporters of the venue and Servus Place has more than enough room to accommodate the crowds who turn out each year to watch as competitors in every age group vie for prizes and recognition.”

The Senior’s Opry, taking place at Servus Place for the second consecutive year, promises to be as delightful as it will be entertaining.

“Just as it was in our first year,” noted Senior’s Opry coordinator, Gwen Crouse, “this event is neither a contest nor a competition, but instead, it’s an opportunity for our community members to entertain and for the general public to come out and listen to some great entertainment. We billed the event as a “Senior’s Opry” but we were hoping that people of all ages would come and support the event – and last year they did. Once again we’ll have room for six or seven hundred people and I’d sure like to see the facility filled to capacity.”

This year the Senior’s Opry will host two events; the first at 2 p.m. on Friday afternoon and the second at 7 p.m.

“Everyone who attended our inaugural event last year enjoyed themselves and said they’d like to see it become an annual event, “ noted Crouse. “Some of our older citizens also noted that 7 p.m. was close to their bedtimes and they found it difficult to participate in events that take place after the supper hour. To accommodate that request and to ensure that we have as many people as possible come out and listen to the music of some of the best musicians that Alberta has to offer, we’ve added the 2 p.m. show.”

Crouse, the wife of St. Albert Mayor Nolan Crouse, is a well known and extremely active community participant and NAD volunteer who donates many hours of her time, and nearly every weekend of the year to various causes, none more important than sharing herself with the community and those who need a little extra help.

“The Aboriginal community has always been an important part of St. Albert and I like to give back whenever I can,” she said.

The Senior’s Opry wasn’t a spur of the moment idea, in fact the idea first surfaced in 2012 when Florence Gaucher, Gwen Crouse and other members of St. Albert’s NAD Committee first talked about the concept. The only unanswered questions were finding a suitable location and an appropriate time of year to hold the event.

What better time to hold it than in mid-spring, a time for renewal?

When Poundmaker’s decided to cancel last year’s talent show, noted Crouse, “we jumped at the chance and I think everyone who attended had a great time. We’ll have some great talent again this year; in fact many of the musicians who entertained us in 2013 will be joining us again this year.”

That talent includes well known singers and musicians such as Calvin Vollrath, Ray St. Germaine, Alfie Myhre, and Richard Cherneski. The Métis Child and Family Jiggers, a group of young dancers who’ve been performing for audiences for a number of years, will also perform.

“The talent is great and the admission fee is just $10 per person,” noted Crouse. “We look forward to seeing you there.”

Calvin Vollrath has been participating at the Métis Spring Festival since its inception; he and Alfie Myers are both making their second appearance at the Senior’s Opry.

If you want to know more about the St. Albert Métis Spring Festival, or to register as a competitor in the jigging and fiddling cash competitions, contact Festival Coordinator, Florence Gaucher at (780) 452-6100 Ext: 227 or [email protected]étischild.com.

Be the first to comment on "Métis Spring Festival kicks off with Senior’s Opry: May 16-18"