“I am happy to announce and celebrate yet another milestone,” said President of the Métis Nation of Alberta, Audrey Poitras.

“The Métis Nation of Alberta and its afﬁliates, in partnership with Concordia University of Edmonton, have reached an agreement to create a $500,000 endowment in perpetuity. As part of this agreement, the Métis Nation of Alberta will invest $250,000 and Concordia University of Edmonton will provide an in-kind contribution totalling $250,000 over the next 10 years. 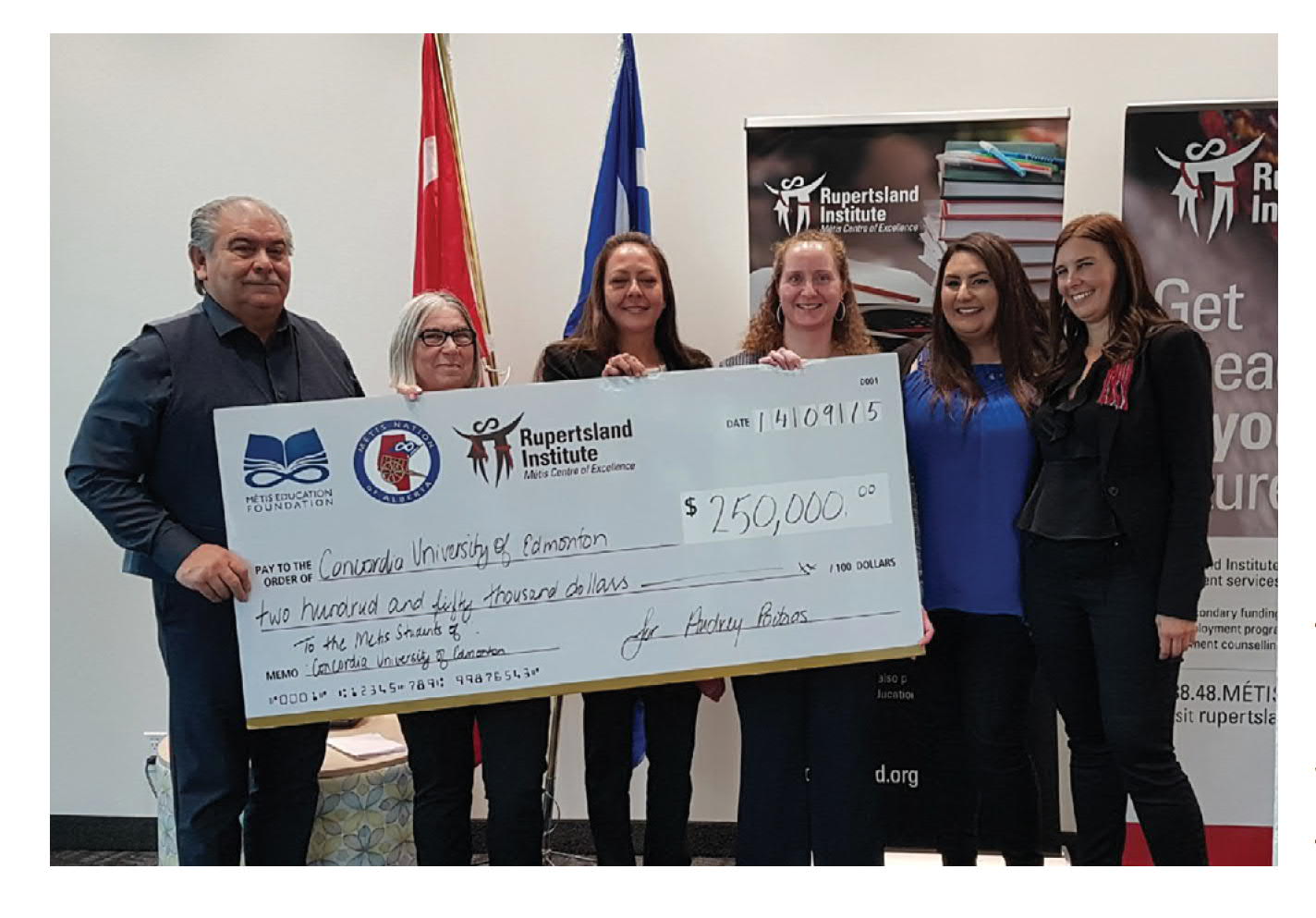 “In making this announcement, I am aware that this contribution on behalf of future generations of Métis citizens could not be possible without the relationships and partnerships that we have created with the Métis community and stakeholders across the province.”

President Tim Loreman is enthusiastic about today’s announcement. “Concordia University of Edmonton is proud to be partnering with the MNA in the area of awards and ﬁnancial support for Metis students, as well as in other areas that beneﬁt all students at our university,” he remarked.

“We look forward to a long and productive relationship with MNA, forged in the spirit of reconciliation, that has the potential to generate deeper understandings between and within our communities.”