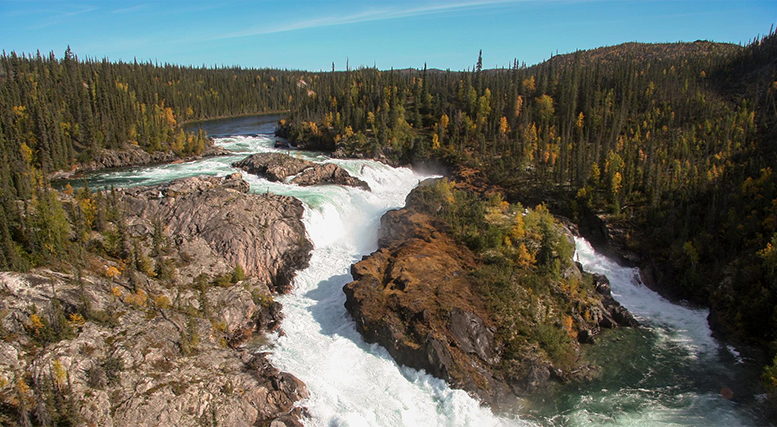 (ANNews) – At the International Union for Conservation of Nature (IUCN) Congress on Thursday, June 4th, 2020, the UNDP awarded Łutsël K’é Dene First Nation of N.W.T., with the 2020 Equator Prize.

Łutsël K’é Dene First Nations has been named one of 10 winners out of 583 nominees from 120 countries worldwide to be awarded for community and Indigenous initiatives advancing in nature-based solutions for local sustainable development.

For 15 years, the Equator Prize has been organized by the Equator Initiative within the United Nations Development Programme (UNDP) to recognize innovative initiatives from local communities and Indigenous peoples for their efforts to reduce poverty through the conservation and sustainable use of biodiversity.

In August of  2019, after 40 years of protecting the land and water, the Łutsël K’é Dene First Nation, signed an agreement between Parks Canada, the Deninu K’ue First Nation, Yellowknife’s Dene First Nation and the Northwest Territories government for the creation of The Land of Ancestors, Thaidene Nëné -in the Dënesųłiné or Chipewyan language, National Park Reserve.

The Łutsël K’é Dene First Nation has been honoured for their successes in fostering ecological integrity, cultural continuity, and economic sustainability through permanent protection of The Land of Ancestors ecological and cultural landscape.

The vision for Thaidene Nëné is to always be a place for hunting caribou and other land animals that provide Indigenous people sustenance, to fish in deep, clear, and clean waters and to practice and strengthen Łutsël K’é Dene culture that will create sustainable livelihoods and opportunities to share with other Indigenous and non-indigenous people within Canada.

Located on the east arm of Great Slave Lake, The Land of Ancestors National Park Reserve is part of an Indigenous Protected Area, stretching 26,000 square kilometres between the Canadian boreal forest and the arctic tundra. Thaidene Nëné habitats some of the last herds of the barren-ground caribou, moose, muskox, grey wolf, black and grizzly bears, red and Arctic fox, lynx, wolverine, as well as numerous species of birds and fish.

September 21-27, 2020, the 10 Equator Prize winners will be celebrated through a series of virtual events during Climate Week NYC, in parallel with the UN General Assembly and Nature Summit.