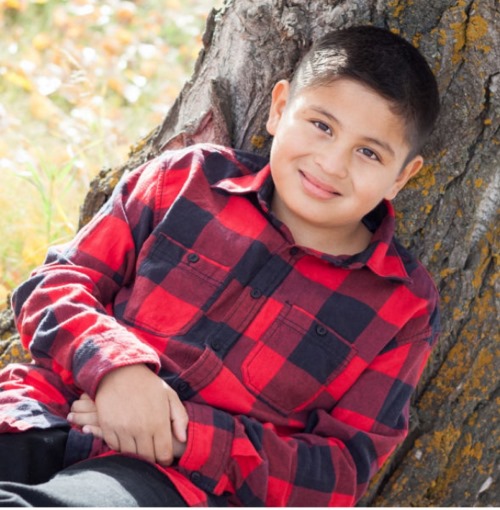 (ANNews) – ‘The snow was melting, and the birds were singing, and the clouds were moving. Kay-Lynn and Jacob decided to leave the trail and walk down to the river and Jacob let go his sisters hand and ran away so fast she could not catch him. In minutes she lost her little brother Jacob. Kay-Lynn started to panic and yell for him to come back. But Jacob did not listen’ – and thus the story unwinds to become something special for young author Bryan Bruno.

“I like to read, write, draw and express myself through words and by participating in films and video; one day I would like to write and draw comic books,” explained ten-year-old Bryan Bruno, who by the age of nine had acted in one film, wrote an award-winning story for a national competition and travelled to Budapest, Hungary to act and participate in an episode of the Netflix series, The Alienist.

Bruno, a Grade 4 student and a member of the Samson Cree Nation at Maskwacis, currently resides and attends school in Edmonton. In February this year he entered the annual Indigenous Arts and Stories competition, a national contest that encourages Indigenous youth and young adults to share their cultures, experiences and stories with the world. On its webpage, it is noted that “these amazing young artists and writers have explored everything from their own personal past to the stories of their ancestors and country. They are a testament to the great potential for creativity, engagement and respect in Indigenous communities across Canada.”

“It was a dream come true for Bryan,” beamed mother Barbara Dumigan Jackson, whose 12-year-old daughter, Kiya, is also involved in acting. She recently travelled to Montreal to participate in a new APTN TV series that is expected to be released for broadcast in the spring of 2019. 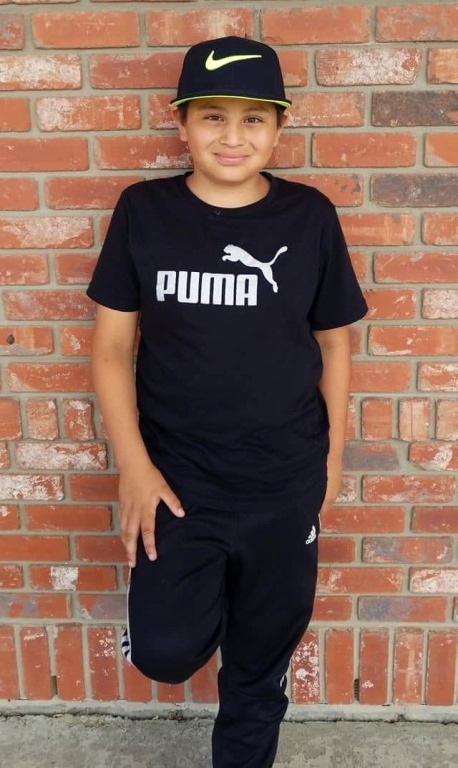 “I also have a five-year-old son and I am hoping he’ll also follow in his siblings’ footsteps.”

“My mom has always encouraged me to do well in school and to use my time wisely,” said Bryan, who entered the competition without any expectations.

“I was quite surprised to be named a winner in my age (6-9 years old) category,” noted the young scribe, “but now I am even more determined to keep it going.”

The young writer also wants to encourage and motivate other First Nation and Indigenous youth to chase their dreams, to use their talents and gifts and express themselves through art and writing.

“The story I wrote is based on something that really happened to my brother while he was in daycare,” explained Bryan. “What really happened was my five-year-old brother ran away from his daycare teachers. My mother rushed to the daycare, scared and crying because she thought he was lost forever.”

But that wasn’t the case.

“It was a really great experience for him,” noted Jackson, “and one that he will grow from. He was in Vancouver for a week with the film and he got to meet some of his favourite people.

That’s because Amell, also a professional wrestler, was cast as the lead character in the CW series “Arrow” in 2012 and had co-starred (as vigilante Casey Jones) in the 2016 movie,  “Teenage Mutant Ninja Turtles: Out of the Shadows.”

In June, four months after Bryan entered the Indigenous Arts and Stories competition he was notified that he’d won the writing contest in his age group. He received a congratulatory message, a gift card and is currently watching the mail for his certificate naming him the winner. You can read his story on the website.

Barbara, a member of the Saddle Lake and Goodfish Lake First Nations, has yet another reason to celebrate the success of her kids.

“I was recently notified that my daughter and I were chosen to participate in a new game show and will be flying to Toronto later this month for the filming of a new mom and dad-type game show as a mother-daughter team.”

Opportunity comes to those who seek it and shies away from those who spend their hours and days texting, TV binging and playing video games.

“I’ve always encouraged my children to be active, to be participants, to work hard and focus on finishing the task at hand,” noted Jackson. “I’ve been fortunate and so far, all is going well.”

And if the challenges already met are any indication, their successes in the field of entertainment indicate that it’s just a matter of time before Kiya and Bryan Bruno are names we will all come to recognize.