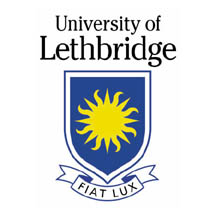 “Leroy’s counsel and vision contributed to shaping the University of Lethbridge since the early days of the U of L,” says President and Vice-Chancellor, Dr. Mike Mahon. “The University has a responsibility to undertake actions that respond to Truth and Reconciliation Report findings and to support actions across the country. Leroy’s new appointment will be of great benefit to our university and to our country.”

Little Bear will also continue to advise senior leadership on matters of protocol and ceremony pertaining to First Nations, Métis and Inuit (FNMI) peoples as well as advise on U of L initiatives that aim to remove barriers for Indigenous learners.

The University of Lethbridge has always valued its location on traditional Blackfoot territory. Since 1975, when the Department of Native American Studies was formed by Little Bear, many Faculties and units across campus have undertaken projects to support Blackfoot and FNMI peoples. The University is proud of this breadth of programming.

“The University of Lethbridge is a large part of my life and I am so honoured to continue in service to this special place in southern Alberta that I know and love,” says Little Bear.

Little Bear is one of the leading experts on Indigenous governance in Canada. His 1994 book (with Boldt and Long) Pathways to Self-Determination is used by law, political science, and Native American Studies students across the country. In 1995, Little Bear was asked to prepare a report, The Criminal Justice System and Aboriginal Men for the Royal Commission on Aboriginal Peoples. Little Bear also played a role in the self-governance of his own people drafting the Kainaisini, the constitutional document of the Blood Tribe governance in 1984, and the Blood Tribe Police Commission in 1985. In 2000, Little Bear was approached to draft the declaration formally re-establishing the Blackfoot Confederacy.

Little Bear has had an outstanding impact on the recognition and interpretation of Aboriginal Rights in Canada. From 1981 to 1987, he was an integral member of the legal team advising the National Indian Brotherhood on the negotiations for the inclusion of section 35 of the Canadian Constitution. His 1977 paper, A Native Concept of Title was the first Indigenous-authored paper cited by the Supreme Court of Canada. His contribution has extended internationally as well as he was a founding member of the UN working group on Indigenous Population, drafting the document that would become the Declaration on the Rights of Indigenous Peoples.

Most recently, Little Bear has been the Senior Advisor, Aboriginal Education to President Mike Mahon at the University of Lethbridge. He has led the IINII Initiative, a project to repatriate bison to the northern plains, which resulted in the reintroduction of bison to Banff National Park. He is a sought-after speaker on many topics, including native perspectives on science. He has received numerous awards and honours for his work, most recently the Alberta Order of Excellence.

University of Lethbridge ranks as a top Canadian university