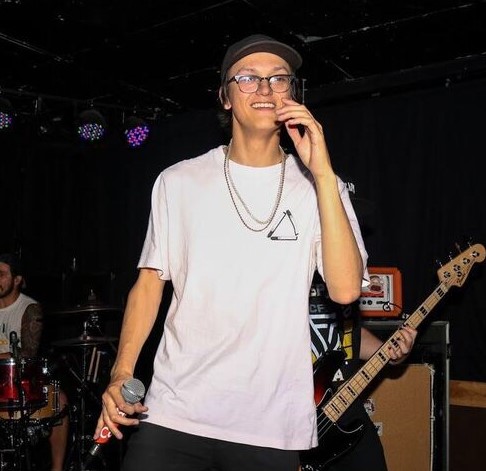 (ANNews) – There’s been some exciting news coming out of the Equal Vision Records (EVR) studio in Albany, New York this month with the announcement that Canadian pop punk band, Calling All Captains, has been signed to the label.

The tour, which began in Edmonton’s Starlite Room on July 20 and concluded with a gig at the Detour Music Hall in St. Catherines, Ontario on September 3, also included stops in Thunder Bay, Sudbury, Ottawa, Kingston, Barrie, Toronto and several other Canadian cities.

The road trip and the recent signing with Equal Vision Records is a culmination of more than four years of tireless work from the group’s small basement studio in St. Albert, Alberta. Before producing its first record single with Equal Vision, Disconnected, the band had already released two online EPs, A Way With Words (2014) and Disconnect (2016) and had completed several self-funded tours. After a short break in 2017 the group came back more focused and determined than ever. 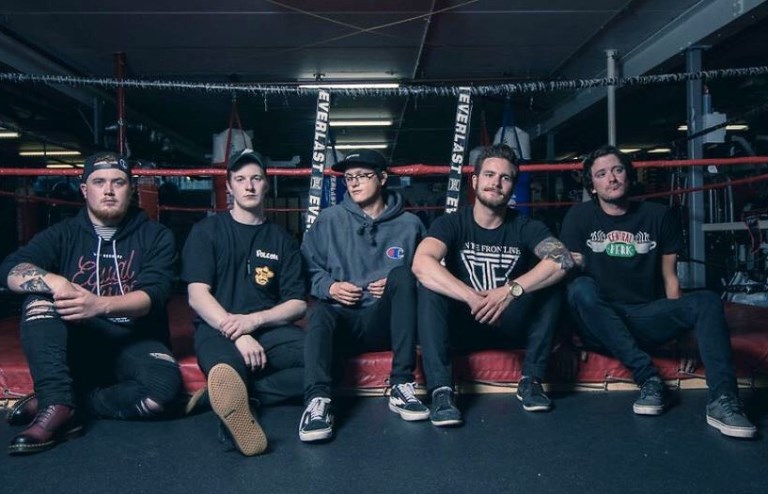 “It can be quite the grind when you are out there doing it on your own,” admitted Gauthier, “but the hard work did pay off and we are looking forward to a bright future.”

I was surprised to hear about the band’s recently released single because until last week I didn’t realize that lead singer, Luc Gauthier could sing. He works with Native Counselling Services of Alberta as the Administrative Assistant at Cunningham Place, a 28-bed supportive transitional housing facility for youth aged 18-30 that provides accommodations for individuals of moderate to low-income. But I’ve only known Luc as a quiet-spoken young man who dances with Edmonton-based Métis Child and Family Jiggers as they strut their stuff across the province to share their Métis culture and heritage.

“I will continue to dance with the group as I always have because I believe it is very important to promote Métis culture,” he stated.

“Promoting and practicing with my Native heritage is important; it is pretty much a way-of-life for me. I’ve been dancing since I was nine years old and I realize that that opportunity has helped me with this new opportunity; without the experience I gained promoting my own culture I likely would not be as comfortable on stage as I am today.”

Working with and teaching kids to dance and to enjoy their proud Métis heritage has been something that Luc has tried to remain involved with and he doesn’t plan to stop.

“I like to get kids up on the dance floor because it helps them gain confidence and it helps them take special pride in who they are as Metis people. I think that it is important to know your culture and your heritage and equally important to pass on that knowledge to others. In the next little while some of the band members and I will be visiting schools to talk about our road to success and the fact that if you have a dream you can make it come true; all you need is a little determination and the willingness to work hard. We tell them if Calling All Captains, a local band from St. Albert, can sign a record deal in New York then the opportunity is there for them to do the same – all you have to do is put in the work it requires to move forward.”

Gauthier said his message to would-be musicians is really quite simple; “go home at night or after school, write some poems and put some music to the lyrics. Practice makes perfect and if you want to succeed you’ll have to be willing to put in the hard work that it takes to do so. Start small and work hard and soon you will be able to expand your horizons because opportunity lies in wait at every juncture of your life.”

Gauthier said he encourages young musicians to write material on topics they believe is important, then perform the songs and upload them to internet media such as YouTube and Spotify.

“Lots of groups get their start in this way,” he noted, adding that “you need to have people like your music and when they do, the acclaim can come quickly. It’s important not to get too far ahead of yourself, but equally important to think positive, to think big and to work hard.”

As a case worker, musician, dancer and owner of his own line of clothing, Gauthier admits that balancing everything can be quite the chore, “and pretty much impossible without the help of my longtime friend Conner Dawkins. We met in Grade 10 and have been best friends ever since; he’s my rock and I don’t think I could manage it all without him.”

In an interview with the Alternative Press, guitarist Brad Bremner said the group was “really stoked to be working with EVR. They’ve had some of our all-time favourite bands, from Alexisonfire, to Pierce the Veil, to Say Anything. We’re a young band still, but we want to learn and get better. After meeting with Dan [Sandshaw], we clicked instantly and had nothing but good vibes when talking about the direction of the band and our visions. We’re excited to see what the future holds!”

“This is the biggest opportunity we’ve ever had,” noted Gauthier. “We’re trying to hit the ground running (because) we really want to make the most of this opportunity.”

Calling All Captains has shared the stage alongside acts like Silverstein, Seaway, Boston Manor, Broadside, Like Pacific, Rarity, and others. Their first and latest single, Disconnected, amassed more than 500,000 views on Spotify before the band was signed by EVR, an effort that was fortified by the band’s ongoing work ethic and reputation for delivering high-energy performances during their shows.