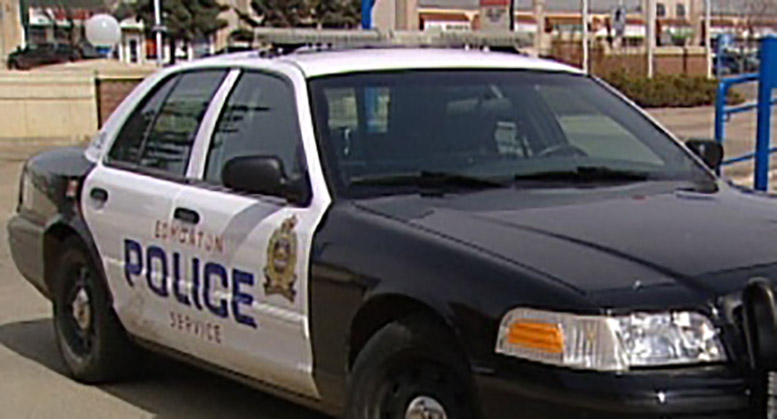 (ANNews) – Pacey Dumas, a 19-year-old Indigenous man living in Edmonton, Alberta is currently living with a hole in his skull that he says resulted from a brutal assault by Edmonton Police officers.

Since the assault, the Dumas family has filed a statement of claim in the Alberta Court of Queen’s bench, naming Edmonton Police Service (EPS) Chief Dale McFee, Const. Ben Todd and six unidentified officers as defendants.

“The above described actions committed by one or more of the EPS Officers were high handed, malicious and highly reprehensible misconduct that departs markedly from the ordinary standards of decent behaviour and constitutes and abuse of authority,” the statement of claim reads.

In the early morning of December 9, 2020, the police visited the Dumas home in Callingwood South in response to a weapons complaint claiming that someone matching Pacey’s description had a knife.

Pacey’s mother, Irene Dumas, allowed the responding officers to search the house to which no weapons were found, said the lawsuit.

However it was during the search that Pacey and his older brother, Blair, were put in custody outside of the house.

It is alleged that during the restraint, Const. Todd began to berate and assault the Indigenous teenager.

“Suddenly and without warning (Todd) moved swiftly to Pacey and while in motion kicked Pacey in the right side of his head with such force Pacey was immediately rendered unconscious and bleeding,” the lawsuit claims.

The lawsuit states that at least one neighbour witnessed the assault.

After the assault, the police allegedly dragged Pacey’s body away from the Dumas house and refused to give him medical attention.

Irene is said to have come outside the house after hearing ambulance sirens. “(She) saw blood on the ground and could not see her young son Pacey anywhere,” the claim states.

The officers then refused to tell her where Pacey was being transported to or what had happened. When Irene finally got to the hospital Pacey was at, she was told that her son might not survive his injuries.

The doctors were forced to remove a part of Pacey’s skull to alleviate pressure from his swollen brain. His surgery to cover the opening has been delayed for nearly a year — most likely due to high capacity issues from the COVID-19 pandemic.

It is important to note that neither brother was charged with a crime, neither one of them has a criminal record.

The lawsuit is demanding that Pacey receive $400,000 in general and punitive damages, as well as compensation for lost income and costs of future care.

It also asks for $20,000 from each defendant — to be paid personally — for making “false or misleading” statements about how Pacey had received his injuries.

Pacey’s mother, Irene, and his brother, Blair, are also seeking compensation in the form of $75,000 for “depression, anxiety, post-traumatic stress disorder, and/or fear of police as a result of the EPS officers’ cruel and reprehensible conduct.”

ASIRT, Alberta’s police watchdog, opened an investigation on the incident. However, the Dumas family do not know when the investigation will be completed or if any of the officers will be charged.

The watchdog’s executive director, Susan Hughson, said in an email to CBC that the agency is badly underfunded and at a “critical breaking point.” In fact, ASIRT is still closing up files from 2018.