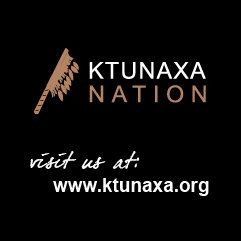 Cranbrook/Ktunaxa Territory (Sept. 2, 2014)  – Today the Ktunaxa Nation announced that its lawyers have completed the next step in the process for appealing the BC Supreme Court’s decision regarding Qat’muk by filing the factum and accompanying appeal books at the British Columbia Court of Appeal Registry.

The Ktunaxa Nation is appealing the Court’s April 3rd, 2014 ruling that found British Columbia’s consultation process regarding the approval of a year-round ski resort in the Jumbo Valley area known to the Ktunaxa as Qat’muk to be reasonable, and that the resort would not substantially interfere with Ktunaxa spiritual beliefs and practices.

“The Ktunaxa Nation has been on the record as opposing this development since 1991,” said Kathryn Teneese, Ktunaxa Nation Council Chair. “Ktunaxa spirituality is intrinsically tied to Qat’muk and we will continue our fight to stop its destruction. Our opposition to this development is not about money and never has been. It is a fight about who we are as a people.”

The Environmental Assessment Certificate (EAC) for the proposed Jumbo Glacier Resort expires in October and cannot be renewed under current British Columbia legislation. Included in the EAC are a number of legally-binding commitments that must be met before construction may proceed.

“We are concerned that a number of these commitments have not been met by the proponent,” continued Teneese. “Many of the commitments were put in place to address Ktunaxa concerns about the development, including water quality, fisheries and wildlife. The B.C. Supreme Court relied on the Environmental Assessment Certificate’s commitments and conditions in reaching its decision in April. Other than some minor road improvements, there does not appear to be any construction taking place at the resort. We will continue to monitor the situation and are appreciative of the work and support of the many non-Ktunaxa organizations and people who see the value and importance of keeping Jumbo wild.”

Qat’muk is where the Grizzly Bear Spirit was born, goes to heal itself, and returns to the spirit world. For Ktunaxa, Grizzly Bear Spirit is a unique and indispensable source of collective as well as individual guidance, strength, and protection. Qat’muk’s spiritual importance is deeply connected to its biological significance for living grizzly bears now and in the future.

The appeal will likely be heard in the British Columbia Court of Appeal in early 2015.