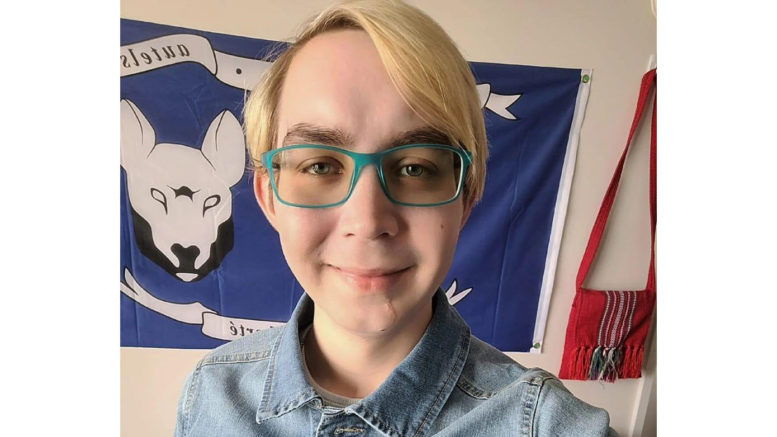 (ANNews) – Joshua Morin is part of a new generation of Indigenous Advocates who did not see the value in attending the Pope’s Visit to Canada but instead focused on rebuilding their Indigenous ideology, belief systems, language, and community.

He is also an example of why several advocates chose to give surviving Indigenous elders respect and waited until the Pope left Canada to express their thoughts on why they don’t accept the pope’s apology.

The Pope’s apology came too late for many Indigenous people, including the Morin family.

Many Indigenous people such as Morin are left picking up the pieces or living through the pain caused by intergenerational trauma from family members who attended Residential Schools.

“To me, the apology will come when we see what the Catholic church does after this.” – Joshua Morin.

He decided to focus on the Metis Nation of Alberta’s most significant event called “Back to Batoche” which took place July 21-24 at the historic Batoche site where the Metis Nation had its last militarized battle against the Canadian Government.

Before that, the Metis Nation of Alberta hosted a grassland ceremony with Maskwacis Cree at Elk Island Park to bring the Metis and Cree ceremony back to the land and the bison.

“I felt these events and the ceremony were my top priority, despite the papal visit. I am also not a follower of Catholicism or Christianity, so it would be tough for me to connect to the Pope’s visit on the religious level,” said Morin.

He noted that one of his current roles is Vice President for the St. Albert Sturgeon Metis Local 1904 and he’s a member of Pearson’s Publishing Indigenous advisory circle.

According to the website, “The United Nations General Assembly has proclaimed the period between 2022 and 2032 as the International Decade of Indigenous Languages (IDIL 2022-2032) to draw global attention to the critical status of many Indigenous languages around the world and to mobilize stakeholders and resources for their preservation.”

Morin explained, “From my knowledge of what my Grandma and Mother have told me, my family is impacted by Residential Schools, and we deal with forms of intergenerational trauma.”

He said his Great Grandmother Julia Boucher attended Residential School and was baptized by Father Lacombe in St. Albert.

“When she entered the school, she was technically under Treaty, but as soon as she went into the school, the Indian agent wrote that my Great Grandmother ceased to be Indian,” said Morin.

His Great Grandmother applied for what they called Metis scrip, so the church could attain her land since scrip was a form of land fraud created by the Canadian Government.

“My Great Grandfather Paul Villeneuve attended residential school and spoke a variety of languages including Michif, Cree, Blackfoot, English, and French. After that, we started as a family mainly speaking English at home when my Grandma was born.”

His Grandma did not attend Residential School but participated at an early public school in the Calgary area when she had kids.

“Canada’s mission to assimilate children during the 60s scoop directly impacted my family aggressively,” said Morin. “When my Grandmother was in her adult years, the Government scooped her kids, my older Aunts, and Uncles and placed them into Residential School and after they went into children services.”

“My Grandma advocated to see her kids again, and eventually she got them back, and thankfully my Mom and her two younger siblings did not attend Residential School,” said Morin.

“We are still working as a family to relearn our Michif language and find the rest of our family who were taken through colonization. One Auntie I didn’t discover until I was in Grade five.”

“I firmly believe that apologizing means you have to change what you are doing.” – Joshua Morin

“Will churches consult with Indigenous Nations that uphold the standards of UNDRIP to begin genuine healing?”

Morin said questions need to be answered about whether the churches across Canada will return artifacts obtained legally from former Residential School survivors.

He explained, “Researcher Gloria Bell questions if the artifacts were not gifted but rather taken from kids in Residential Schools. A way to move forward following the apology would be to create a plan so we can return these relatives home to our communities.”

He said he believes that recognition involves giving land back.

“The Catholic church owns a ton of land within Canada,” said Morin.

“Many Indigenous communities across Canada are starting to look for unmarked graves located near former Residential School sites. One of the hurdles they run into is private land owned by the church, which they have trouble accessing for ground scanning.”

“Catholic Churches within Canada should allow us to scan their properties openly where residential school sites were located and they should open full access to their records, collection, and archives so we can cross reference data.” – Joshua Morin

“Speaking for myself, I feel that the Church has done this in an attempt to say they are resolved now and that people can follow Catholicism again, without acknowledging the long history of Residential Schools and oppression they have created,” said Morin.

A genuine apology comes with action, he added.

“Also, there have been questions raised by the fact that the Pope got a paved road in Lac St Anne and important roads closed off in Edmonton while Indigenous communities across Canada still struggle with infrastructure, clean drinking water, access to education, and inherent rights and much more.”

“I have to acknowledge that this apology wasn’t for me but for the living Residential School survivors across Canada, (and others) such as my Aunts and Uncles who have passed away now.” – Joshua Morin.

“If this apology has helped anyone who is a survivor during this time, it is important for me to recognize that and be grateful that it did help that person, or it has helped people across what is now Canada.”

Morin acknowledges that every Indigenous nation and every culture has its different ideologies of gifts given to public figures.

He said, “I would have gifted the Pope a letter from Bishop Grandin in 1880 to the Saskatchewan Herald, where he requested up to 1000 First Nation and Metis kids so they could refill Residential Schools in the prairies and that they would be “civilized.”

Morin ends the interview by concluding, “I hope we (Indigenous people) do see a roadmap of action, so the survivors across Canada can see that there is a roadmap in place for healing, so they know future generations won’t have to endure Residential Schools again.”