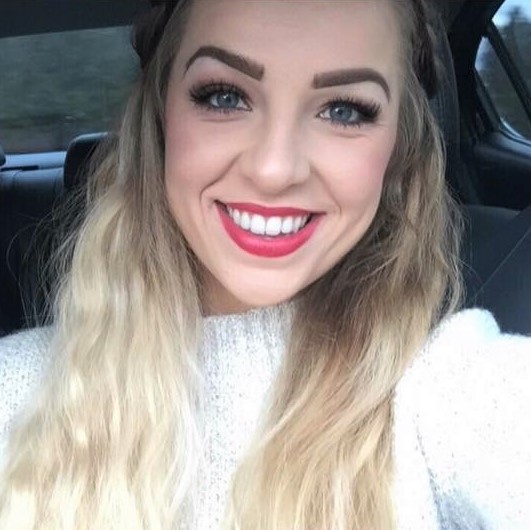 (British Columbia) – Growing up in Port McNeill, nursing student Amy Parker had plenty of opportunities to admire her own mother, who was a nurse before her. In their small town of 2000, Amy’s mother was well known and loved by the community of people she served. Amy wanted to contribute back in a similar way – so she worked hard to achieve the required 97% on her prerequisite courses and enrolled at Vancouver Island University in the fall of 2015.

Being of Metis heritage, Amy was able to access funding to support her studies. The Irving K. Barber British Columbia Scholarship Society has provided her with $7500 over three years to pursue her studies. It is her hope that she can move the needle on youth mental health in the province, through research and cross-sector collaboration to provide better services to the kids who need it. 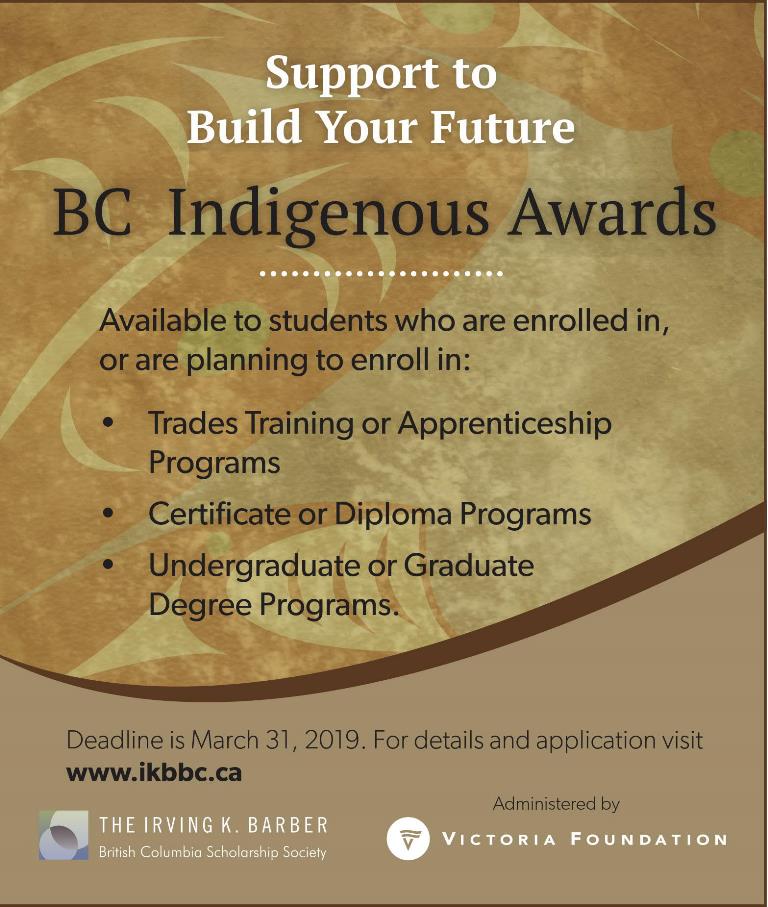 Amy just recently learned about her Metis heritage. Her grandfather, who was Metis, passed away when she was quite young. “As I learned more about it, I connected with the Metis Youth of BC,” noted Amy. “I don’t know too much about my own family because my grandfather has passed away, so I wasn’t able to ask those questions, and my dad doesn’t know too much either. I’ve just been learning about the culture. I attended one of the youth workshops this summer in Vancouver. I got to learn about the culture and mental health, which is an area of nursing that I’m really interested in.”

Amy says the scholarship award will be a big help with her post-secondary education. “It helps so much,” she said. “Nursing is very demanding, especially on your time. Working while you’re going to school . . . it’s almost not even doable. So receiving the award was so helpful to pay for extra costs like books. And in nursing, we have to supply our own scrubs, which can be really expensive, and a stethoscope.”

One of Amy’s personal challenges is her pregnancy. “Before I started my last year of the program in September, I found that I was having a baby,” explained Amy. “She’s due a month after I finish school. A lot of people in the nursing program tell me that I probably won’t be able to finish because I’m going to be pregnant during my preceptorship and it’s going to be really hard, but I am so determined to finish! So I’m finishing my degree hopefully in April, and then I’m going to take a couple months off to study for my final exam and be home with the baby. And then I’ll be able to work after. I’ve had different job offers in Campbell River, Parksville and Nanaimo.”

Amy is particularly interested in focusing her efforts on nursing and mental health issues. “The opioid crisis is huge right now in BC,” remarked Amy. “There’s a lot of stigma and misconception around addictions and how they relate to mental health. There’s a common misconception that addiction isn’t a mental health issue, but it totally is. It’s a disease process that needs to be further evaluated. And I would really like to do research around that. I’m really interested in youth mental health, particularly in neuroscience and how the formation of the brain — the connections of the neurons and the pathways in the brain — makes certain people more susceptible to addiction.”

Amy is also interested in connecting research to practise and making a positive difference in people’s lives.  “There aren’t a lot of mental health resources available for youth,” she noted, “and if there are, there’s a gap in knowledge of how we’re able to tell the youth that this information is available to them. Bridging the gap between the interdisciplinary team, working with social workers and child protection services and making sure that kids get the help they need is so huge.”

Amy is just 1 of 470 Indigenous students in BC last year who were awarded 1.5 million dollars from the Irving K. Barber British Columbia Scholarship Society to support their studies at post-secondary institutions throughout the province. The Society’s Indigenous Awards program is funded from the returns on an endowment fund established by the Province of British Columbia. It was created to assist in removing barriers to higher education for Indigenous peoples. Awards of $1,000 to $5,000 each are issued every year through a competitive process to students studying at all post-secondary levels, from trades training to doctoral programs.

Since its inception, over $17 million has been distributed to BC students from its seven scholarship and award programs. The Victoria Foundation provides administrative support to the Society.

For more information and to see if you quality for an Irving K. Barber BC Indigenous Student award visit ikbbc.ca. The deadline is March 31, 2019

Be the first to comment on "Irving K Barber Scholarship Award: Moving the needle on youth mental health"