Indspire has launched a $20 million Building Brighter Futures Campaign in support of bursaries and scholarships for Indigenous students across Canada. Through the campaign, donations to Indspire from corporate, provincial, and private partners will be matched up to $10 million through a commitment from the Government of Canada’s Economic Action Plan 2013.

The campaign was launched on May 27 as the national charity celebrated reaching the halfway point of its fundraising goal. The launch event was held at the Iniikokaan Aboriginal Centre at Bow Valley College in Calgary, AB. The campaign is being supported by federal and provincial governments, as well as some of corporate Canada’s biggest players, including CIBC, Suncor, Shell Canada, and HSBC Bank Canada, among others. 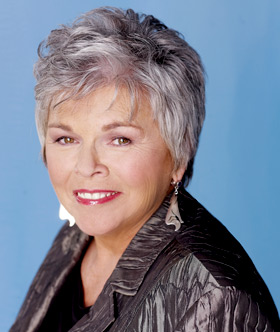 “This campaign, the first of its kind for Indspire, has the potential to create a deep and wide-ranging impact on the lives of Indigenous students across the country,” said Roberta Jamieson, President and CEO of Indspire. “It is heartening to see the scale of commitment to Indigenous education by our partners in government, the corporate sector, and individuals across Canada.”

“Our Government firmly believes that Aboriginal students deserve a quality education like every other Canadian, and we applaud this initiative from Indspire. Canada will continue to work with our partners to support First Nations and Inuit students so that they can reach their potential and become full participants in the Canadian economy, and we are proud to support Indspire’s campaign to deliver additional bursaries and scholarships to these students,” said Minister Bernard Valcourt for Aboriginal Affairs and Northern Development Canada.

The campaign is being driven by a high-profile cabinet of Canada’s corporate leaders, led by co-chairs David Tuccaro, Indspire board chair and President and CEO of Tuccaro Inc., Joseph Dion, Indspire board member and Chairman and CEO of Frog Lake Energy Resources Corp., and Steve Williams, President and CEO of Suncor Energy Inc., who agree: Indigenous education not only empowers individuals, it has the potential to impact entire communities, as well as Canada’s economic well-being.

“Indigenous students want and deserve the same access to education as their non-Indigenous peers, but they face barriers that are unique to First Nations, Inuit, and Métis youth,” said Mr. Tuccaro.

“Supporting the education goals of the next generation is also a strategic investment in a workforce that will allow Canada to continue competing globally,” said Mr. Williams.

Mr. Dion added: “The time to act is now, and today I am challenging my business colleagues and all Canadians to join me in supporting Indigenous student success.”

Indspire is an Indigenous-led registered charity that invests in the education of Indigenous people for the long term benefit of these individuals, their families and communities, and Canada. With the support of its funding partners, Indspire disburses financial awards, delivers programs, and shares resources with the goal of closing the gap in Indigenous education. Through the Indspire Institute, it provides resources to educators, communities, and other stakeholders who are committed to improving kindergarten to grade 12 success for Indigenous youth. Since its inception in 1985, Indspire has disbursed over $65 million through more than 20,000 scholarships and bursaries to Indigenous students, making it the largest funder of Indigenous education outside the federal government. Each year, the organization presents the Indspire Awards, a gala celebration of the successes achieved by Indigenous people that is broadcast nationally.