(ANNews) – This year’s theme for International Women’s Day  2022 is Women Inspiring Women. It celebrates all the women and girls who inspire us by demonstrating leadership in the choices they make in their day-to-day lives to contribute to the social, economic, cultural, and political spheres.

It’s important to recognize that true reconciliation goes both ways and that we need to move forward authentically by helping each other in the fight for equality. We all have a role in creating a just society and everybody is important and of value.

In Canada, unlike in many other countries, women are free to study and be leaders in the field they choose, to care and provide for their families, express who they are, and fight for their beliefs.

Alberta Native News spoke with several prominent leaders – both Indigenous women and non-Indigenous allies – about the importance of International Woman’s Day, about sisterhood, inclusivity, and womanhood. Here are a few thoughts from inspiring women in Alberta: 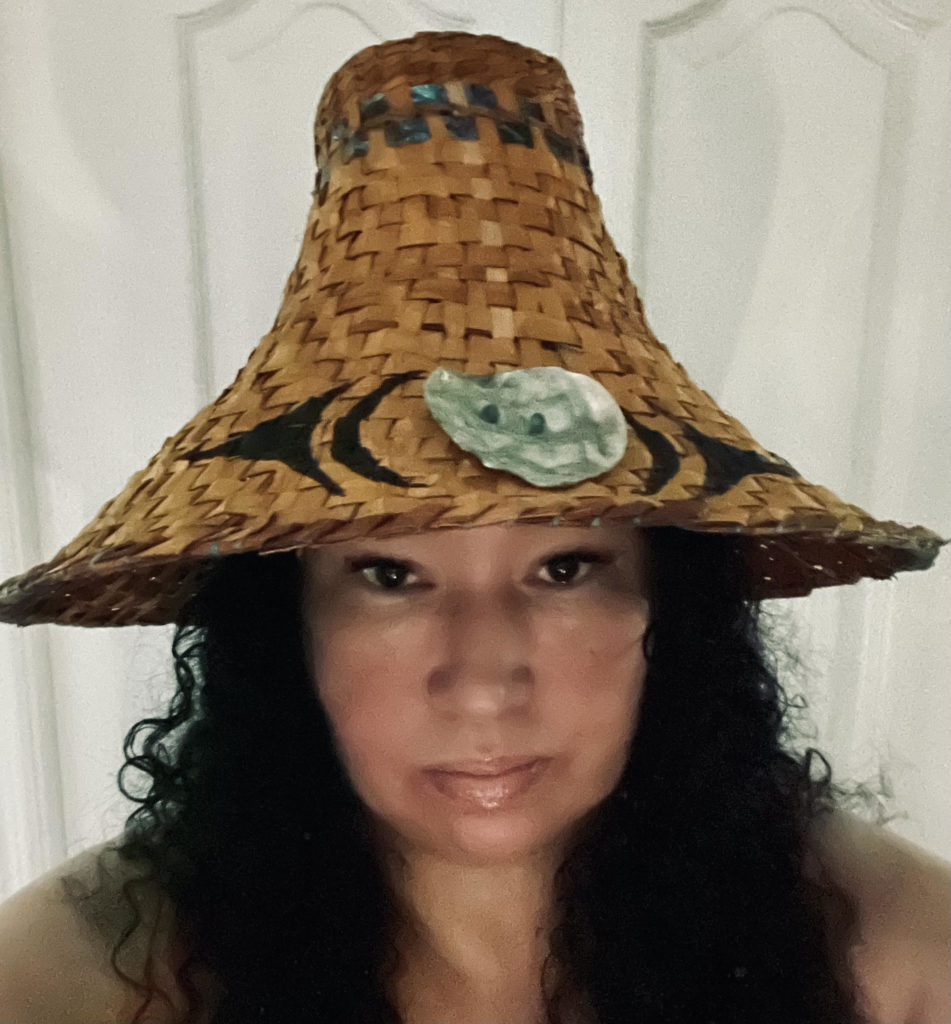 “The COVID-19 pandemic has claimed millions of lives globally and it has ensured that women are in crisis,” said Indigenous women’s advocate Susanne Life-Yeomans. “Before COVID-19 women across the globe were experiencing abuse at a rate of one out of three. During the pandemic, the crisis has increased to dangerous levels. Missing and murdered indigenous women and human trafficking have been exasperated by this pandemic. Numbers are through the roof as people are in more vulnerable positions.”

First Nation communities were historically matrilineal; health, power, and inheritance were passed down through the mother, explained Life-Yeomans. “White settlers came and dismantled our traditions and changed it to a patriarchal society. We are slowly having more strong women become leaders again, but it is within this patriarchal system. One day we will revert back to a matrilineal system. Our women are not the only ones fighting an uphill battle to regain or establish women’s equality. We need to support each other and work together to help make this world equal for all women.”

“The only way we can lead change in women’s inequality across the globe is to be the change!” concluded Life-Yeomans, who is a member of the Liidlii Kue First Nation but was raised in Cowichan Tribes Territory on Vancouver Island, BC. She is a committee member for the Alberta Joint Working Group for Missing and Murdered Indigenous Women, Girls and 2S+ (AJWG). 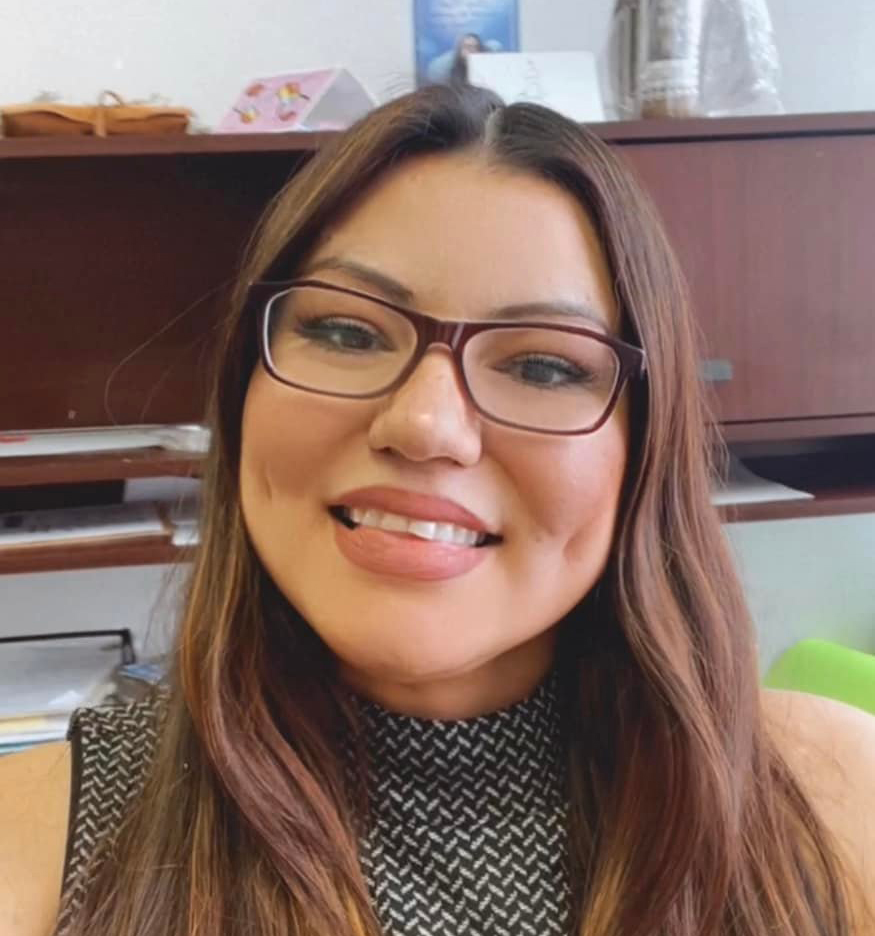 “History shows how for thousands of years women in most societies were held back as second class and ultimately oppressed,” explained Samson Cree Nation Councillor Katherine Swampy. “In more recent history women have fought to have equal rights, and today the most successful societies are prominently based on equality. You cannot move forward when you hold back 50% of the population. Having women in roles they have previously been denied has shown how beneficial it is for everyone, women as doctors, as teachers, and as leaders create a dynamic and inclusive environment where the old toxic masculinity is no longer the norm, and people and society have grown for the better because of this.”

“But even though we have equal rights here in Canada, doesn’t mean that we have it everywhere, many countries are still holding women back,” added Swampy, a prominent missing and murdered Indigenous women advocate and PhD candidate. “And we must stand together in solidarity to ensure all women get the same opportunities.”

Gabrielle Blatz, Councillor for the City of Wetaskiwin

“As a Metis woman in Municipal politics, International Women’s Day means that we are continuing to fight for a more equitable tomorrow for women of all backgrounds,” said Gabrielle Blatz, a proud Metis woman who was elected to her second term in office as Councillor.

“A quote that kept me motivated during my first election campaign in 2019 was ‘you can’t be what you can’t see.’ With more women and Indigenous women in positions of leadership, we can inspire a new generation of leaders from all backgrounds. Using our power that we’ve obtained to empower others is something that I hope to achieve in my time as a public servant.”

According to the City of Wetaskiwin website, Gabrielle has lived in both the County and City of Wetaskiwin for the majority of her life. She works at the Wetaskiwin, Ponoka, and Centennial Centre Hospitals as a lab assistant, and has been in this profession since she graduated from Red Deer College in 2015. Gabrielle is passionate about her community and loves Wetaskiwin’s diversity, inclusivity, and the strong sense of community this city provides. Gabrielle currently represents the City on the following boards and committees: Emergency Advisory Committee, Diversity & Inclusion Task Force, Wetaskiwin Library Board, Maskwacîs Council Collaboration, Memorial Fund Society, and Emergency Shelter Advisory Committee.

Dr. Karen Aberle, Councillor for the City of Wetaskiwin

“When I look at this list of amazing people it is not lost on me that I am what appears to be the only “white” woman,” said newly elected Wetaskiwin Councillor Dr. Karen Aberle. “I know that I am incredibly privileged. I have been fortunate to have every opportunity to work hard and follow my desired life path. Because of this, I actively work to honour all those women before me who fought to make this a reality and to use my privilege to help fight for the equal rights of others. But the beauty of this #BreakTheBias story is that on this International Women’s Day, I am looking at this list and seeing a group of women who have been my role models. They have not only inspired me to fight harder for the things I believe in, but also to leave my comfort zone and strive for municipal politics. These are the stories we need to continue to tell. Each of us has the power to hold one another up so we can all succeed together.”

According to the City of Wetaskiwin website, Dr. Aberle also is the executive director of the Wetaskiwin District Heritage Museum Centre and has helped organize many community events including Canada’s Agriculture Day, Canada Day, Orange Shirt Day, Celebrating our First Communities, Sisters in Spirit, and Taste of Wetaskiwin. Dr. Aberle is dedicated to using her experience to help make Wetaskiwin stronger and a place we are all proud to call home and is humbled by the community’s trust to serve them as one of their elected representatives.

“This year’s International Women’s Day theme is “Break the Bias.” When I reflect on my own journey, this has meant breaking the bias of a typical immigrant child’s story,” said newly elected Edmonton Councillor Keren Tang. “Breaking the bias of what leadership means; and breaking the bias of all the preconceived notions and assumptions that come with our gender and colours of our skin. Doing so by being courageous, saying yes to opportunities, and expanding my networks and relationships to find my footing and authentic self, and recognize the values I bring. I also believe in breaking the biases of division and polarity by using compassion and curiosity, to get us through the toughest of times, which I learned a lot about through working with Indigenous friends, colleagues and communities.  I’m so proud to be part of history, as one of the record 8 women recently elected to Edmonton’s City Council. It’s taken us a long time to get here, and while we celebrate how far we’ve come, there is still so much work to do.”

Keren Tang is a public health advocate, community organizer and city builder. “I began my career as a teacher in a rural, Indigenous community,” she added. “That experience has led me down a path of public health research, policy development, and advocacy for positive change – from down the block to City Hall.”

Be the first to comment on "Indigenous women and allies talk about the significance of International Women’s Day."