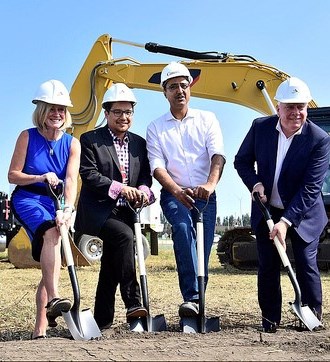 The site, just west of Edmonton, will be one of the four staging areas in Alberta that will receive and store materials needed to build 980 km of new pipeline.

“Today’s blessing is an important step forward in the construction of the Trans Mountain Expansion Project,” stated Premier Notley on July 27. “It demonstrates just how integral our Indigenous communities are to the success of this pipeline and Alberta and Canada’s economic future. With this blessing, construction for the Enoch Cree Stockpile Site can begin and we move that much closer to getting this pipeline built.”

The Trans Mountain Expansion Project is estimated to generate billions of dollars in economic activity and government revenue in Alberta. 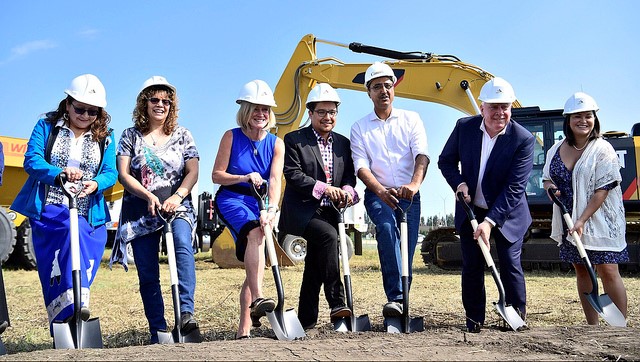 “Canada is a place where the environment and the economy go hand in hand, and where projects that are in the national interest get built,” added Canada’s newly appointed minister of Natural Resources, Amarjeet Sohi. “The blessing received today is an important milestone in the ongoing construction of this project.”

The Enoch stockpile site will also help spur investment in the region as improvements to the site will help to kick-off the Enoch Cree Nation’s industrial subdivision.

“We are pleased to partner with Chief Morin and his community to build this work site that will play an important role in the construction of the Expansion Project and create a lasting legacy for the Enoch Cree Nation,” remarked Ian Anderson, president of Kinder Morgan Canada.

“Getting ‘boots-on-the-ground’ in Alberta is a major milestone for Trans Mountain, but more importantly for the communities, workers, local businesses and Indigenous Groups that have been waiting to share in the success of the project. We’re excited to deliver on our commitments and ensure as many people as possible can benefit from an expanded pipeline.”

“We are proud of the relationship we have built with Trans Mountain and to partner with them on this project,” noted Enoch Cree Chief Bill Morin. “This work site will allow us to create opportunities for our people and community for many years to come.”

Listen to the news conference.