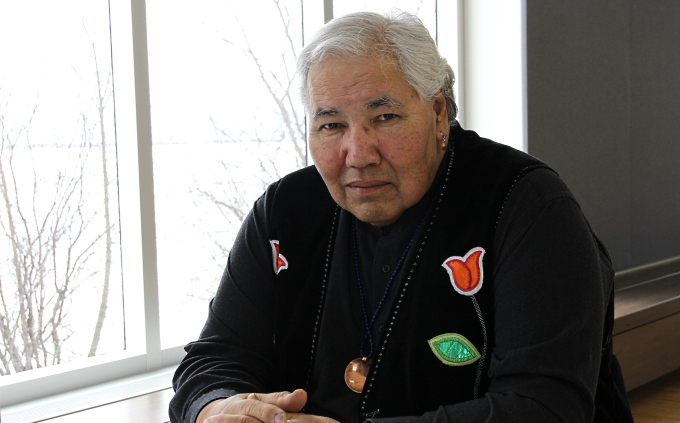 The Order of Canada is one of the country’s highest civilian honours. The members are said to “take to the heart” the motto of “they desire a better country.”

Created in 1967, the Order of Canada recognizes outstanding achievement, dedication to the community and service to the nation.

Simon said that the honourees represent Canadians who “are shining examples of the commitment and outstanding contributions Canadians have made to the well-being of communities throughout this land.”

The appointments range from people such as Life of Pi author Yann Martel, who is originally from Saskatoon, Saskatchewan, for his contributions to literature; to researcher Carl-Eric Aubin for “building bridges between the fields of engineering and musculoskeletal medicine by creating innovative diagnostic, prognostic and therapeutic tools.”

Many prolific Indigenous people were also honoured in the appointments.

The legendary Justice Murray Sinclair — an Obijway lawyer from St. Andrews, Manitoba who served on the Canadian Senate and was the chairman of the Truth and Reconciliation Commission of Canada from 2009 to 2015 — was made a “companion.”

“For his commitment to the representation of Indigenous legal issues, and for his dedication to reconciliation between Indigenous and non-Indigenous Canadians.”

Indigenous playwright and novelist Tomson Highway, best known for his plays the Rez Sisters and Dry Lips Oughta Move to Kapuskkasing, was also inducted into the Order of Canada “for his sustained and distinguished contributions to theatre and Canadian culture as one of our foremost playwrights and novelists.”

Many Indigenous women are also being celebrated by the country, as Deborah Chastis, who was the first First Nations woman to serve as an ambassador for Canada, received an appointment. She’s worked in several countries over the course of her career, such as China, Vietnam, and Guatemala.

She is being recognized “for her leadership as the first woman of a First Nation to serve as ambassador for Canada, and for her advocacy of human rights around the globe.”

Another Indigenous woman to be inducted into the order is Dr. Lillian Eva Quan Dyck, a former Saskatchewan senator, who was appointed “for her contributions to human rights and social justice, and for her powerful advocacy of First Nations and racial minorities in Canada.”

Dyck said of the appointment, “It is like a culmination of all the years and hard work and frustration. You know, some joy, but lots of frustration.”

“Frankly, I just cried. And I feel quite emotional now. It was such a shock, a surprise, a delightful surprise. But it really sets you back. I think it’s a tremendous recognition.”

“I’ll be so happy to receive an award from her as an Inuk woman and also an incredible trailblazer as well. So to me, that was so meaningful because it fulfills part of who I am to relate to another Indigenous woman,” she said.