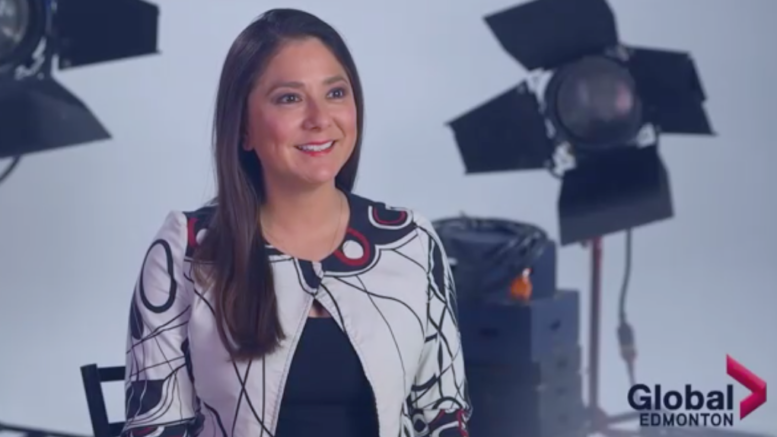 (ANNews) – Every morning, Daintre Christensen is showing young Indigenous people in Alberta that you can achieve your dreams through hard work, being at the right place at the right time, and with a little bit of luck.

She is an essential member of the Global Television Family and a role model for Indigenous youth – especially young Indigenous girls and women.

In an exclusive interview with Chevi Rabbit from Alberta Native News, Christensen opened up about her life, her struggles, and her career.

Global Edmonton launched as ITV on Sept. 1, 1974. Many of Canada’s most extraordinary television personalities have been a part of the network’s 48-year legacy, such as Lorraine Mansbridge, Lesley MacDonald, and Lynda Steele.

Many First Nation, Metis, and Inuit communities have grown up watching the network and the friendly faces that keep us informed and updated on current events and local, regional, national, and international news. 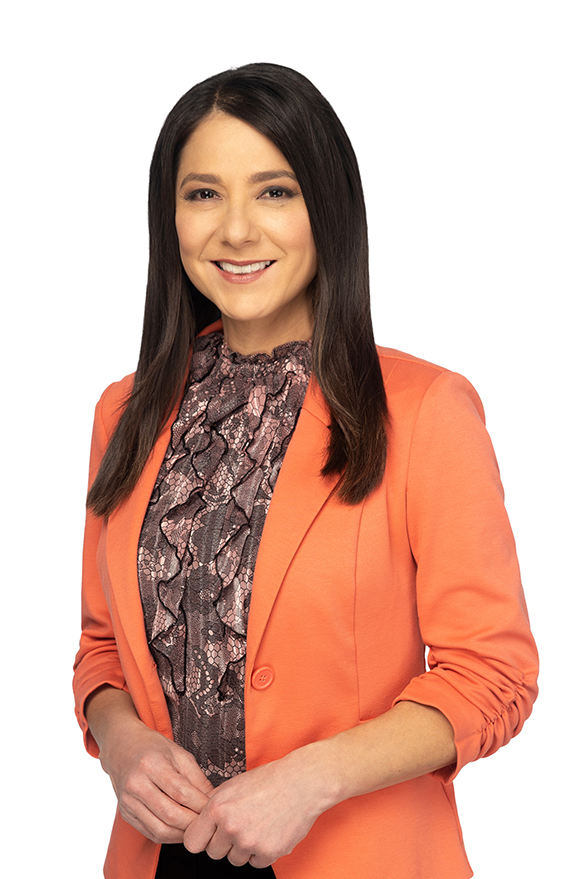 For the last 13 years, Indigenous communities have been inspired by Daintre Christensen, who continues to trailblaze as a proud First Nation woman on television as the Traffic Anchor and Morning News co-host at Global Edmonton.

Christensen is a member of Ontario’s Nipissing First Nation, an Ojibwe and Algonquin community whose ancestors have lived on and around Lake Nipissing for more than 9,000 years.

“I have worked hard, but I have lived my life with a little bit of luck,” said Christensen.

After a high school work experience program, she decided to become a journalist. She got her start with some luck, she explained, “when I was standing in front of the Tribal Council members who were there to help determine who got funding for the year – because unfortunately, there were more applicants for education than there was for funding.”

After being approved for funding by her tribal council, she promised that she would give back to the community and complete her studies.

She wound up excelling at school with a high-grade point average, and because her grades were high, she was able to utilize scholarships and bursaries – proving that if you work hard enough, you will be rewarded.

“I wanted to make sure that my First Nation family back home was proud,” said Christensen.

“I managed to get a job at a local radio station; they were looking for somebody that was pretty green. Unfortunately, I didn’t have much experience when I applied, but they ended up picking me out of quite a few applicants.”

Christensen explained that she was very proud to get the job at the radio station. However, the pride she felt in her achievement was overshadowed by a hateful remark by a former co-worker.

He told Christensen that it bugged him when an Indigenous person would get a job over him even though he had more experience. His comments left a lasting mark on Christensen, made her feel ashamed of her background and heritage as a First Nation person.

“I didn’t say anything at the time, and I wish I had because perhaps that could have changed this person’s perspective,” she noted.  “I carried that experience with me for quite a while.”

Over the years, Christensen says she has overcome that experience and others like it, and is very proud of her Indigenous identity.

Nowadays, she is an advocate, she works for Global Edmonton and has become a critical member of the Global Television family.

When Global Edmonton hired her, they decided that they would bring in helicopters to do traffic reporting. “I was so afraid of heights, but I did the work,” she said. “I still get nervous every time,” she confided.

One day Global Television needed her to fill in for the Morning News. “I did a great job, and they liked the recording,” she said and that is how she moved into her current role.

Before getting her big break on Global Television, Christensen spent time working odd jobs in Edmonton. She moved from Ontario and started working at Tim Horton’s for several months and delivering pizzas to pay the bills while pursuing her dream job.

“You can’t be afraid to take those smaller jobs that aren’t necessarily what you had in mind,” remarked Christensen.

She said Indigenous youth who move away from home to pursue education or work need to be smart about saving money. But they also need to make sure that they keep focused on their goals and ambitions.

It would be best if you persevered through the barriers and struggles. But, as Christensen puts it, “Your dreams will eventually actualize; in the long run, it will happen.”

She wants to remind Indigenous youth to stay connected to their family, extended family, and First Nation Communities.

“I live 2000 miles away from my family and my home community… yet, I stay connected,” she said.

Towards the end of the interview, Christensen opened up about her very personal struggles with a neurological disorder. She was hesitant to share, but she feels that sharing this part of her story could help others.

“I was afraid to open up about it because there is a stigma attached to it,” she said.

“I was diagnosed with ADHD, and during the last ten years, I currently live with ADHD and manage it. However, it was something that for a long time I struggled with.”

Years ago, she suspected she might have ADHD because she was having such a difficult time reading textbooks. “I would read it over and over again,” she said.

“I felt like I just couldn’t absorb it. I couldn’t understand why I was struggling in school. They tested me; they told me, you’re wonderful, you’re intelligent, and everything is good, and we’re not sure why you’re having these difficulties.”

But ten years ago, after a conversation with her husband about it, Christensen got tested properly, was diagnosed with ADHD and received proper medical care.

She said through medication and lifestyle changes, she has successfully managed her ADHD, which is classified as a neurological disorder.

Christensen’s story is one of breaking barriers, being a trailblazer, and paving the way for the next generation of First Nation women on television. She is a shining example of what is possible and she continues to be a role model for Indigenous Canadian women.