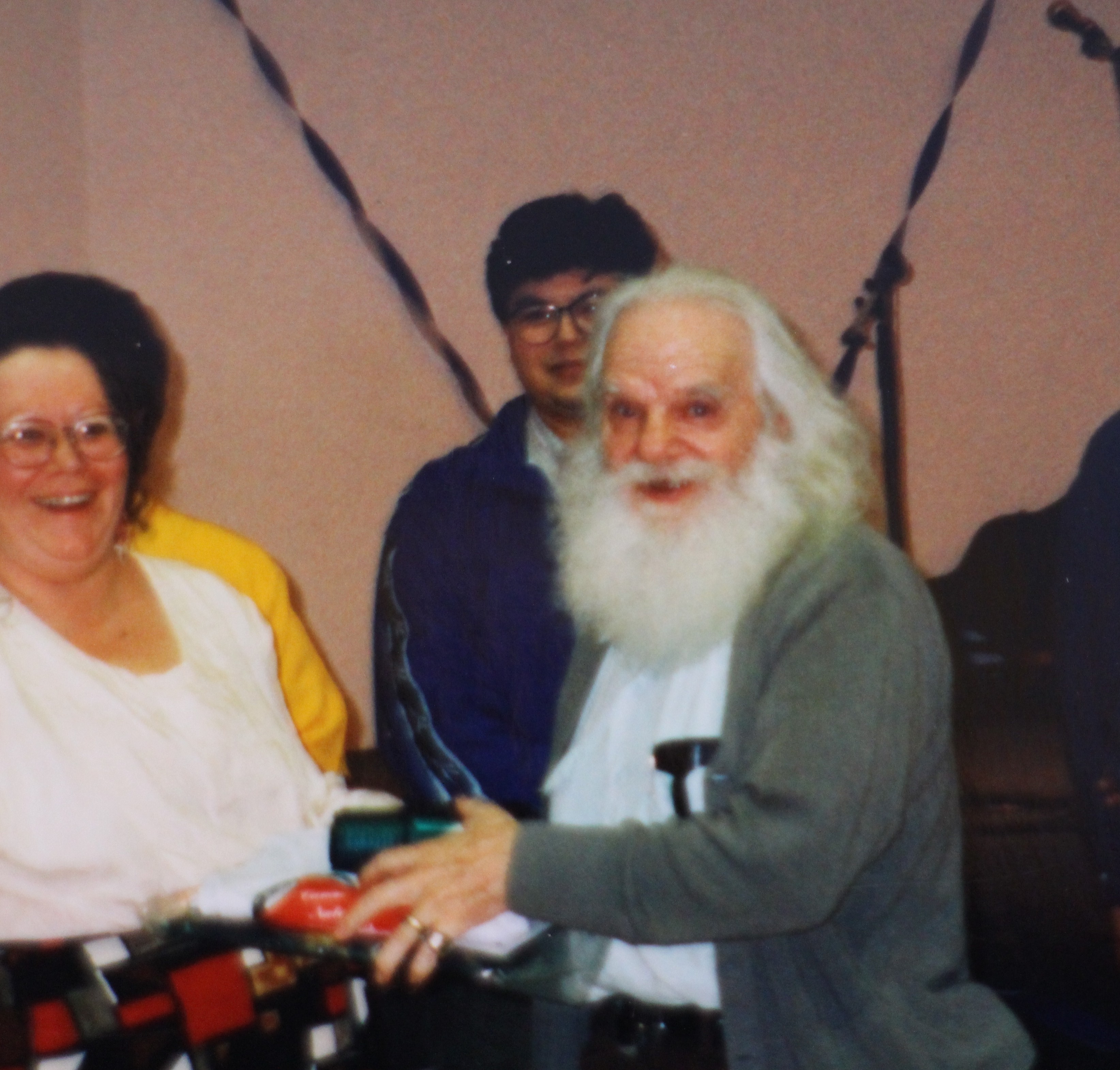 Every now and then, a non-Native happens along who makes their mark and leaves their own stamp on the Aboriginal community. In the Edmonton region such a man was Frank Latour.

Ever the fighter, Frank Latour, 86, gave in to cancer and slipped off into peaceful slumber on Nov. 22, 2013, after a hard-fought battle with cancer. Born in Alhambra, Alberta, Latour did a stint in the Canadian army before moving to British Columbia (Vancouver) where he worked as a switchman for the CN Railway and the B.C. Maritime Employers Association. Twenty years later arthritis forced him to return to Alberta’s drier climate. In the early 1990s, faced with retirement, Frank became disenchanted with friends around him who either got ill or died before their time because they simply “sat around” all the time, explained his daughter Corinne Vickers. He didn’t want to go like that and so he devoted himself to volunteerism. He wanted to give back to the community in a positive fashion. That he did for the next 20 years, and how!

A lover of life, this passionate “Volunteer of the Year” many times over always enjoyed a good joke, mountains of laughter and personal friendships.

His will be a hard act to follow in his never-ending role as a dynamic and dedicated volunteer for pet causes, especially the Canadian Native Friendship Centre (CNFC), Edmonton Northlands, Edmonton Aboriginal Seniors Centre, and the Rainbow Society.

The man became a veritable institution in volunteering circles working for the good of charitable causes, raising much-needed funds for the poor and less fortunate. He started with SIDS and, in addition to those just mentioned, one can add Edmonton’s Heritage Days, Fish & Game Association, SAGE, Cari-West Festival, Canadian Mental Health, and more.

Over the years his volunteerism did not go unnoticed. He was frequently awarded “Volunteer of the Year” and bestowed lifetime memberships with the Canadian Native Friendship Centre, Edmonton Fish & Game, the Canadian Legion and the Army/Navy/Air Force Veterans Association. In fact, the CNFC also crowned him “Volunteer of the Decade.”

Apart from his volunteer awards, he always appreciated close friendships of the oh, so many folks whose lives he shared and touched. His trademark hat and ‘Santa’s’ beard were symbolic of this man of character that made for a positive stamp on this planet. If only the world had a thousand more like him.

His legendary white whiskers often had Frank mistaken for Klondike Mike – the symbolic gentleman who promoted Edmonton’s Klondike Days over many decades and was forever a favorite figure in the annual July Klondike Days parades.

Frank and his wife Dorothy, loved country music and all that “old stuff” in addition to movies along the lines of westerns or romance. He was an avid reader and one didn’t dare leave any reading material lying around to his insatiable appetite for news and information.

He also had an adorable orange tomcat, Harley, “that looked like Garfield,” said Vickers. He inherited it by accident when a friend asked him to keep it awhile because he wasn’t allowed any pets in his apartment. That was several years back and the cat never did get back to its former owner. Instead, it became Frank’s forever, close friend.

At his Nov. 30 funeral service at the Edmonton Aboriginal Seniors Centre, Frank was showered with tributes. Debbie Coulter and her mom, Senator Thelma Chalifoux spoke in glowing terms and Chalifoux praised him, saying he was “a very special man and our community is lessened by his passing.”

A friend from the Edmonton Boat and Sportsman Show said, “I’ll miss his smiling face . . . his laughs, hugs . . . He was always the first to show up with a skip in his step.”

Still another stated, “I’m proud to have known him; we’re better people having walked the road with him.”

Yet another remarked, “He helped rake in hundreds of thousands of dollars for worthy causes.” Another offered up that, in heaven, he’s probably asking, “need any help?”

As for Frank Latour, he would have wanted others to follow his lead in “giving back” to the community as a volunteer who can honestly lay claim to having made a positive difference. He would surely like to see more of that take root.

Frank will be missed by numerous friends whose lives he touched along life’s road. He walked a good road and the world’s a better place thanks to his giving back to so many charities. His family can be rightly proud of him.

Be the first to comment on "Frank Latour: an exemplary volunteer"