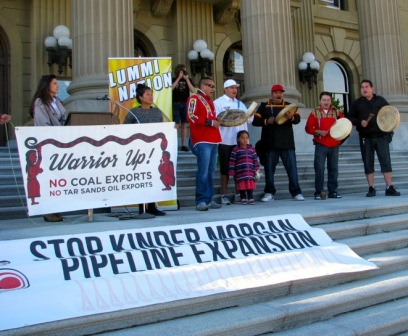 Edmonton – In an unprecedented cross-border show of Indigenous solidarity, the Lummi people are transporting a hand-carved totem pole from their territory in Washington State to the Beaver Lake Cree Nation in northern Alberta. The totem pole is a gift symbolizing the shared responsibility of the Nations in protecting their respective territories, as well as resistance to projects like the Kinder Morgan Trans Mountain pipeline which threatens the health of their communities. 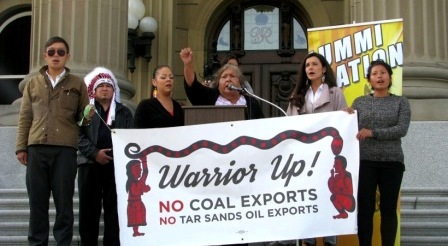 Coast Salish Elder Amy George speaks outside the Alberta Legislature to protest conditions on B.C. First Nations as a result of poor governance and industrial pollution.     Photos by John Copley

On September 5 the historic carving arrived at the Provincial Legislature in Edmonton.

Reuben George of  the Tsleil-Waututh Nation located in Metro Vancouver’s Burrard Inlet said, “We came to the Alberta legislature because it’s here that the Alberta government has squandered billions of dollars in royalties over the years, and has sacrificed Alberta’s environment in the process. Oil companies are squeezing and steaming oil out of the ground while using billions of taxpayer dollars in subsidies. That’s not fiscal responsibility and it’s definitely not environmental sustainability.” 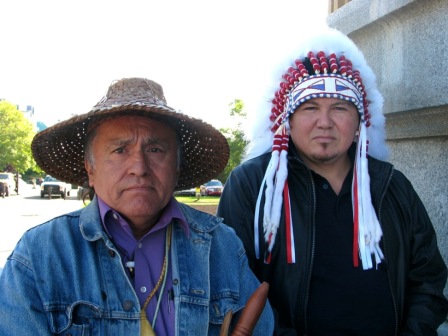