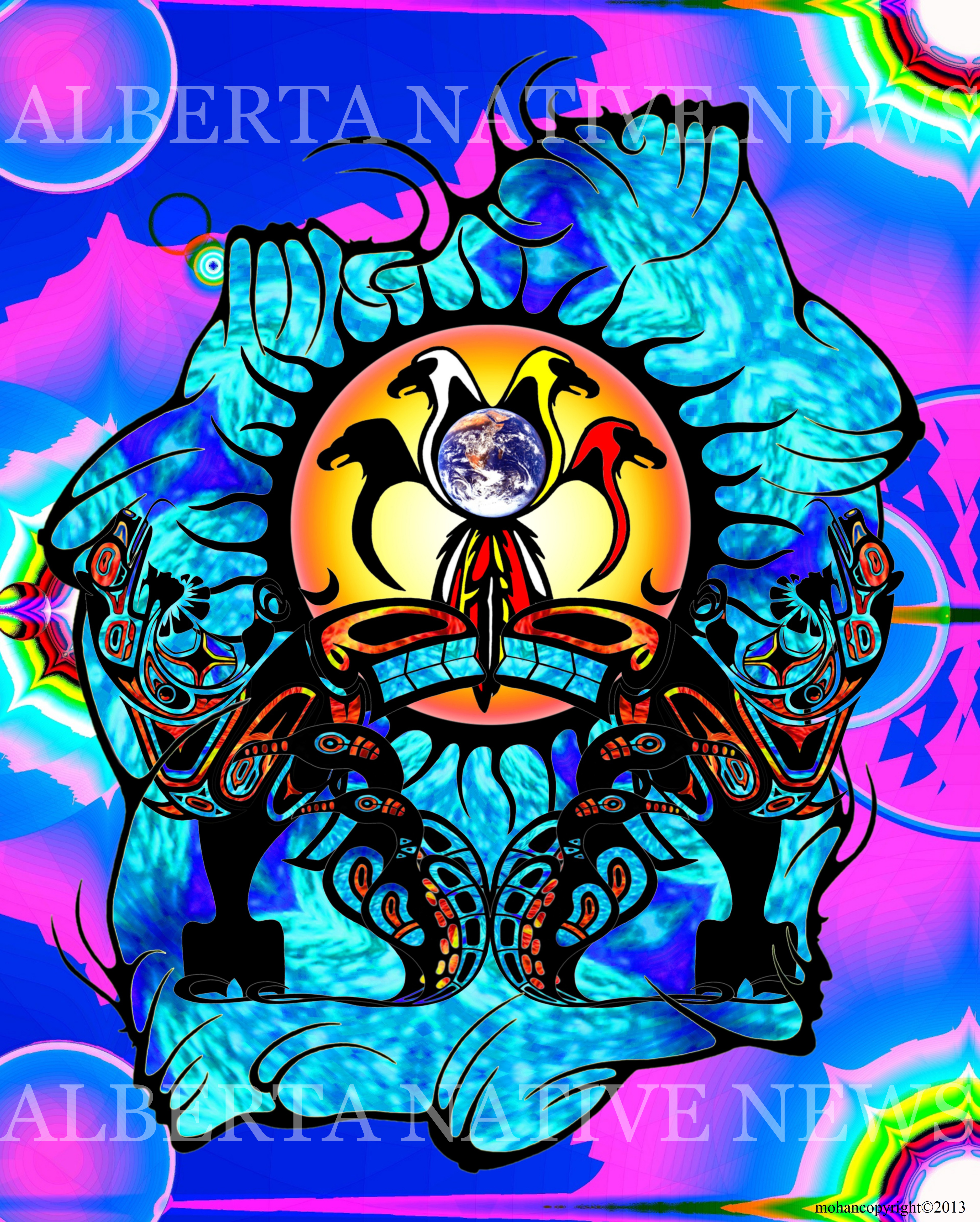 The beautiful art that appears on the cover of the June 2014 Alberta Native News is entitled “Day Breakers” and is the creation of the very talented contemporary Métis artist Timothy Mohan.

In a statement describing the inspiration for “Day Breakers” Mohan writes, “Long before colonists, missionaries and settlers arrived to the shores of North America from Europe there were thousands of tribes already living here. While their cultures and customs may vary, Native American beliefs were rooted in Animism, the belief that non-human entities are spiritual beings. It’s a belief that our universe is bound together by spirits within all natural life, humans, plants, animals, water and the Earth. This belief is a brotherhood of all living things, large and small, a timeless message of peace and harmony with nature and everything within it.” 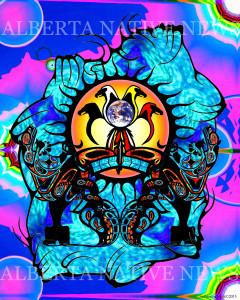 Mohan first received national acclaim for his motif “River Woman” used by Canadian fashion icon and recipient of the Order of Ontario Linda Lundstrom for her “La Parka” series. His artwork has appeared on the covers of dozens of publications and shown in countless museum solo exhibitions, including a special showing at the prestigious Toronto Intercontinental Hotel Centre during the Toronto 2010 G-20 Summit.

The self-taught artist combines both Woodland and West Coast influences into his work with his own unique approach to Native and Aboriginal art. Timothy’s work is full of vibrant colours and spiritual energy, yet at the same time, it’s very soothing and calming. Mohan’s original paintings made their first television appearance during the Warner Bros. Television production of “Nikita” which Aired February 17 2012.

Be the first to comment on "Featured Cover Art for June, 2014: Timothy Mohan"