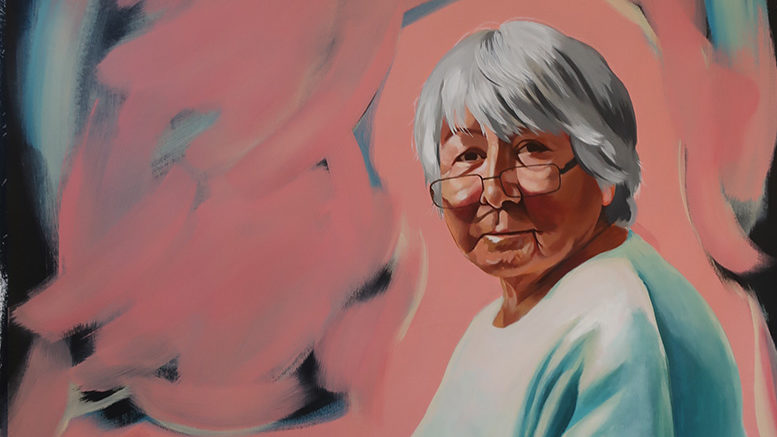 (ANNews) – Lauren Crazybull, a Niitsitapi and Dené painter currently residing in Edmonton, returned to Kainai territory last year to research the land and language of their family as a part of their artistic research as 2019 Alberta Artist-in-Residence. 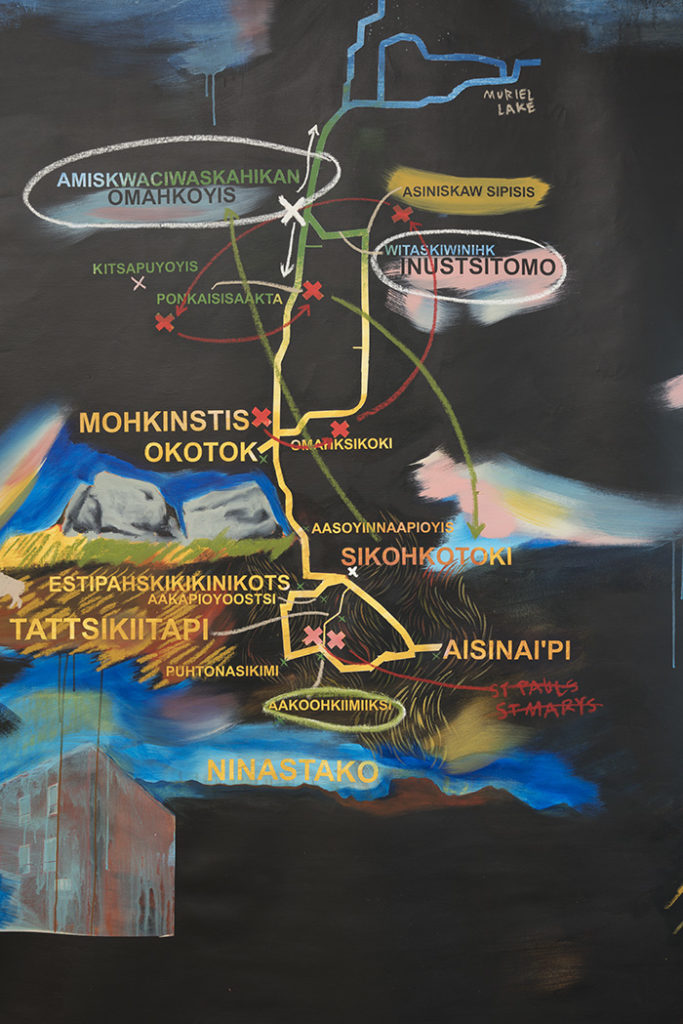 In this region, Crazybull met with artists and elders, and connected with landmarks and historical sites of the Blackfoot Confederacy. Through this process, Crazybull has created their own map based on personal exploration of the lands across the province, and how this journey has informed their own practice in becoming an artist.

Crazybull explains, “Sometime this year I decided that the money I received from the Alberta Government would be the money I used to reclaim what I lost during my sixteen years in the child welfare system.  I ended up spending most of my time in Southern Alberta where my mom’s side of the family is from. TSIMA KOHTOTSITAPIIHPA: Where are you from? has been a way for me to explore the complexity of home and belonging.”

“TSIMA KOHTOTSITAPIIHPA: Where are you from?” is on exhibit at the Southern Alberta Art Gallery (SAAG) in Lethbridge, Alberta until November 15, 2020.

The exhibitincludes the hand-painted map of Indigenous territories now known as Treaty 6, 7, and 8 territories of Alberta, traversed by Lauren Crazybull. The photographic documentation of this journey culminated in a book created by the artist, and an audio soundscape by Lauren Crazybull, featuring a score by musician Matthew Cardinal. 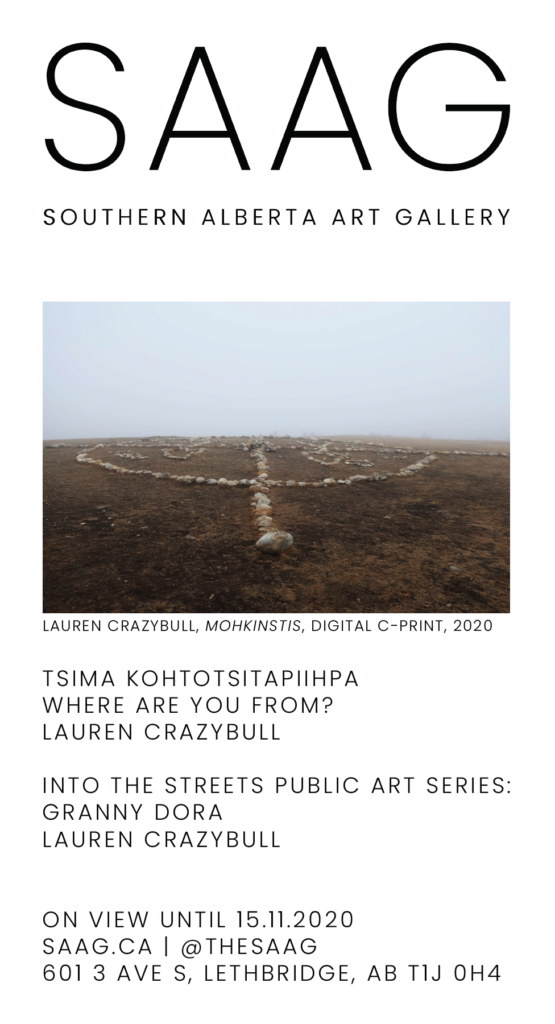 Crazybull’s mural Granny Dora is presented in the east-facing window of the SAAG and it appears on the cover of this month’s Alberta Native News.  As Alberta’s 2019 Artist in Residence, Crazybull used their funding from the provincial government to reclaim the familial and geographic knowledge lost to them in the child welfare system. As part of this project, they travelled to Fort Mackay to meet with their grandmother for the first time in over a decade. There, Crazybull began to reclaim their relationships to land, language, and kin and later immortalized the meeting in a painted portrait of their grandmother which would be used as a source for a vinyl mural.

SAAG is also currently presenting XENOGENESIS by the Otolith Group.

Xenogenesis is the first large scale exhibition of The Otolith Group presented in Canada, as part of an international exhibition tour organized by the Vanabbemuseum in Eindhoven, NL; the exhibition will include artworks produced between 2011 and 2018. The collective was founded by artist Anjalika Sagar and theorist Kodwo Eshun in 2002.

Guests are encouraged to book their gallery visit in advance at saag.ca/visit. Virtual tours of the exhibitions will soon be available.
Both exhibitions are on view from September 26, 2020 through November 15, 2020

Be the first to comment on "Feature artist for October 2020: Lauren Crazybull"