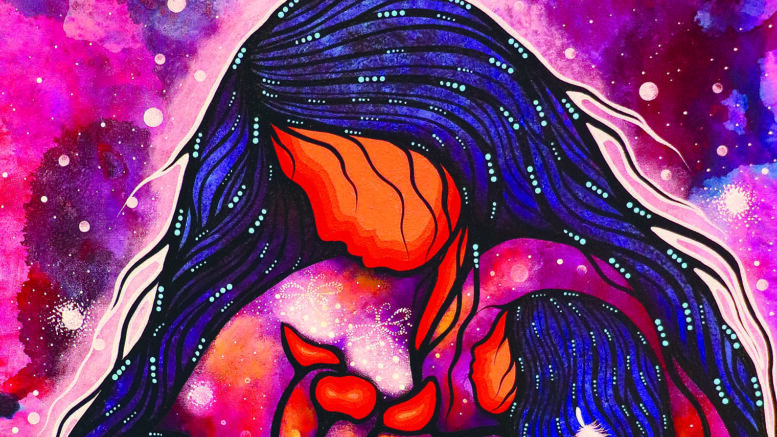 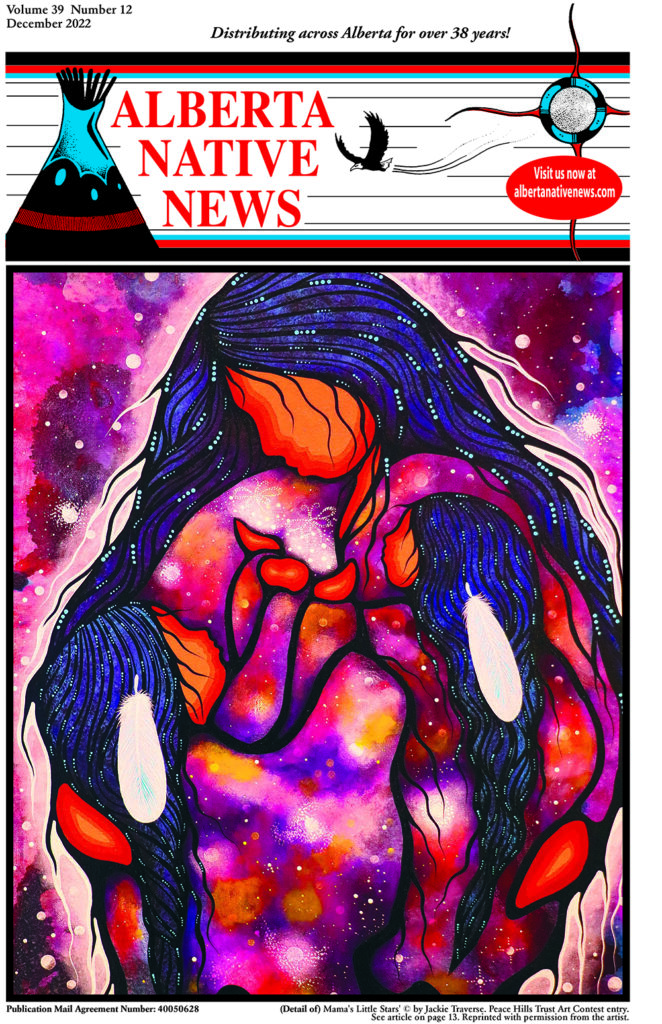 (ANNews) – The beautiful painting on the cover of Alberta Native News December edition – titled ‘Mama’s Little Stars’ – by Jacqueline “Jackie” Traverse. She was born in Winnipeg, and is Ojibway from the Lake St. Martin First Nation. Jackie began drawing as a child and was inspired from a field trip to the Wahsa Gallery when she was 13 years old.

It wasn’t until she was 32 years old that she decided to submit a portfolio of her works to the University of Manitoba where she studied Fine Arts and graduated with a diploma in May of 2009.

Jackie is a multi-disciplined Indigenous artist who works in several mediums from oil and acrylic paintings to mixed media, stop-motion animation and sculpture. She draws her inspiration from her indigenous culture and her experiences as a native woman living in Winnipeg. Today, as an artist, Jackie does a lot of work in the community. Her work is very women-centered.

“I can be inspired by ceremony, prayer, as well as kind and moving words. I love the culture of my people and this is where most of my inspiration comes from.”

Jackie Traverse is widely known in art communities across Canada. Her paintings, drawings, documentaries, and sculptures speak to realities of being an Indigenous woman. She has created stop-motion animation on missing and murdered women in Canada, another on the sixties scoop titled “Two Scoops” and “Empty” a tribute to her estranged mother. Jackie is deeply moved by the injustices faced by First Nations people.

Through her art she expresses her ideas and opinions while striving to inspire dialogue on addressing her people’s social issues. To Jackie painting is truly where her heart lies. Her happiest moments are when she is painting.

Be the first to comment on "Feature artist for December 2022: Jackie Traverse"