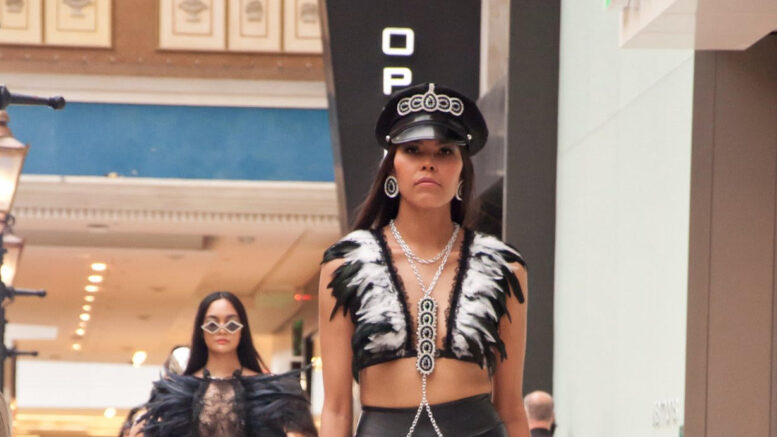 (ANNews) – Several Indigenous artisans, creatives and models are pushing the limits of their true potential and inspiring us in the process.

Model and University Student, Roberta Alook is proving that with hard work and determination, it is possible to overcome a history of trauma and substance abuse.

Alook, now sober, is currently a student, pursuing a career as an Indigenous language instructor and she works as a freelance model.

In an exclusive interview with Alberta Native News Reporter Chevi Rabbit, Roberta Alook discussed her childhood, as well as her goals, and ambitions.

“I love working with the local Indigenous artists of my community,” said Alook, who is from Dillon, Saskatchewan, and Wabasca, Alberta. “I’m both Dene Sunline and Woodlands Cree,” she explained.

The 25-year-old currently resides in Edmonton as she studies at the University of Alberta to become a Cree Language instructor and Cultural Arts teacher. 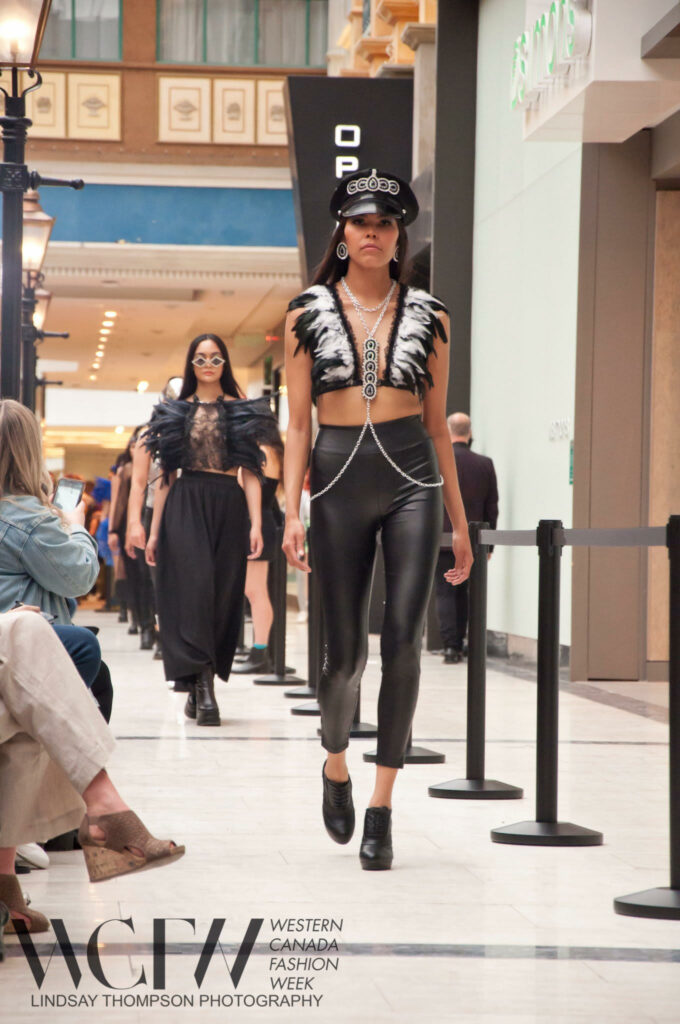 Outside of her studies, she pursues modelling. “I’ve been modelling for the past four years, where my journey began at Western Canada Fashion Week in the Spring of 2018.”

Four years on, she has accumulated a wealth of local runway experience and photoshoots, including being on the cover of Edmonton Info magazine and the face of many of elite fashion designers in the prairie provinces.

Alook grew up in Prince Albert, Saskatchewan, with her mother and two siblings: Amy and Byron. She said, “Life wasn’t always easy, but my mom worked hard to provide for us,” adding that her mother worked three jobs to provide for the family.

“As I approached my adolescent years, I struggled a lot,” said Alook.

At the age of 14, her father passed away, which changed things for Alook. “I started experimenting a lot with alcohol and drugs. I was also diagnosed with a Major Depressive Disorder. I used to do well in school. I was an honours with distinction student but I dropped out in grade 9-10.”

After dropping out of school, her life spiraled out of control. “Until I found myself one day stranded in a big city with no one to turn to and no-where to go,” said Alook.

She describes those years as the worst years of her life. Yet, she has made significant changes in her healing journey and self-discovery for the past six years.

Alook reflects on her time as an addict, “I remember looking around and seeing all these people walking around with families to go home to.”

In that moment of realization Alook made some major life changes.

“I changed everything,” she said. “I stopped hanging out with people I was around at the time,” and started attending AA meetings and pursuing a sober lifestyle.

Alook said her dream of modelling comes from the support of her family and friends.

“That’s where my modelling dreams began, and a big part of that has to do with the way my family encouraged me,” said Alook. “I want to make them proud even today.”

“You need to know, though, that I never thought I would become a legit model and be on covers or shared across social media. I thought it was just that – a dream.”

“Another thing too, even though my family told me I should be a model, I wasn’t 100% sure if I’d be what people wanted to see, due to the lack of Native representation in the media,” said Alook.

“I do freelance work as a model and get most of my gigs on my own,” she explained.

The need for more representation of Native people in the Canadian modelling industry is critical, she added. “In many of our communities, we struggle from the effects of being an oppressed people in Canada and intergenerational trauma, with the majority having direct ties to residential school survivors.

“For a lot of us (Indigenous people), we don’t have strong role models or the multitude of opportunities that others have. A big part of that is being isolated, dealing with traumas, living in poverty, and many other barriers.”

She added that having more Indigenous people represented positively and proudly in the media sets a new tone for Indigenous youth instead of being constantly exposed to the negative effects of intergenerational trauma.

When talking about modelling, Alook offers some tips and advice.

“It’s good to be cautious and not jump at every opportunity that comes your way because some people aren’t always coming from a good place or want to uplift you in a positive or consensual way,” said Alook.

She said it is important always to do your research on the person and see what their social media are like and if you both have common interests and mutual friends.

“If you both decide on a photoshoot (for instance), always tell someone where you are going, who you are meeting, and for how long. Remember your worth and that you have a lot to offer, especially as an Indigenous person,” said Alook.

“Aside from modelling, I do many other things that promote a healthy lifestyle and being a proud Native person,” said Alook.

“I walk the red road and [I’m] soon to be five years sober – I’ve done workshops and speaker events where I tell my story to [people of] all ages.”