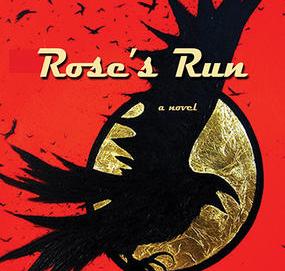 Dawn Dumont is an accomplished and celebrated Aboriginal woman whose talent and media savvy has enabled her to write and deliver stand-up comedy, co-host APTN’s reality comedy Fish Out of Water, write a monthly column in Eaglefeather News, host the Canada-wide afternoon drive show as a DJ on Aboriginal Voices Radio, and write books that not only tell a great story but deliver important messages as well.

Rose’s Run, released by Saskatoon-based Thistledown Press earlier this year, is the second book the author has produced since her first release, Nobody Cries at Bingo, in 2011. The author, a Plains Cree actor and comedian who hails from Saskatchewan’s Okanese First Nation displays her wit whenever the occasion arises, as it did when talking about her community, noting that it is “quite possibly the smallest reservation in the world, but what it doesn’t have in terms of land area, the people make up for in sheer head size.” 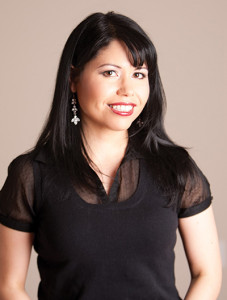 In Nobody Cries at Bingo, Dumont embraces cultural differences as she delves into her family’s and her own life on the reserve. Readers learn about a young girl who loves to read and learn and express herself. She moves through the various stages of her life until she finally finds herself looking at a life with outstanding prospects.

Not unlike her first book, Rose’s Run is also a tale of fiction that comes across as being based on real-life situations. With snappy replies and laughter-provoking dialogue Rose’sRun is filled with humour that is sometimes blunt and provocative and at other times jovial, even educational.  The story focuses on Rose Okanese, a single mother with two girls, eight year old Callie and 16 year old Sarah. The book is filled with an array of unusual characters that play both bit and leading roles; the most notable of the role-playing characters (other than the title subject) are Callie and long-time friend Winter and her husband Monty.

The book begins and ends on a local race track where Rose has entered a marathon that she hopes will give her the self-respect she needs to deal with both personal and community issues. Feisty and full of fight, Rose doesn’t shy away from situations and circumstances that affect her family and friends; in fact she curses and fights and is often belligerent throughout the script, sometimes in ways that may not prove to be the best example-setting strategies. But her strength of character and the real life situations that arise throughout the book will have readers nodding in appreciation as they realize that they likely wouldn’t have done things any different. 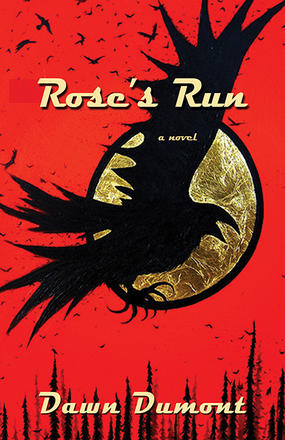 The beginning of the book is a bit confusing, if not downright slow, but before the end of the second chapter the ride becomes more and more interesting as characters are introduced, characters with personalities that are anything but predictable. Dumont has an incredible flair and understanding of dialogue and she puts it to good use throughout the 304 pages and 19 chapters that make up this outstanding script. An adventure that could easily be transferred to the big screen, this unique tale, is often humorously told through the mouths of the characters portrayed throughout each chapter. It has many twists, including a dark side that might give fright to the younger, less sophisticated audience. The eerier moments, however, have their special touch and the negativity, for the most part, is reminiscent of everyday life and as such is inevitably overcome.

The main character is likeable and full of energy, sometimes aggressive, seldom docile, a bit suspicious and doubtful at times, but nonetheless self confident and aware of her surrounding space and the activity that takes place within it. That confidence is what propels her to do what she must to ensure that family and friendships remains first and foremost.

Rose’s Run has all the elements it takes to tell a good story: love, longing, honour, friendship , bravery and humour on the one side; doubt, dislike, alienation, fright and discourse on the other. This book is about the will to win, the right to survive, the necessity of setting precedents and over-coming the biggest hindrance of them all – self-doubt.

I’m not going to spoil the story by delving into the monster that arrives in the form of an evil spirited woman that creates havoc. Even this devilish look into life and the many twists and turns one encounters and endures on the way to achievement, has its moments of humour. Safe to say, Rose’s Run is more than a winner when it comes to great reading for just about any age group – young or mature. It is a book that begs to be read, if only because of the life-lessons that Dumont shares with her readers via the off-beat but insightful education she offers through subtle innuendo and silent criticism.

A comedian first, and likely forever, Dawn Dumont began her comedy career on the stage at Yuk Yuk’s and the Laugh Resort. She writes comedy for CBC Radio and appears frequently in the Edmonton Journal. She’s also a story editor for APTN’s animated comedy, By The Rapids. Her writing has been published in the anthologies: Native Women in the Arts and Gatherings, and the Rampage Literary Journal. Dumont’s personal essay, Transformations was published by Toronto’s Now Magazine. Most recently her play, Nicimis (Little Brother) was workshopped at Native Earth’s Performing Arts Weesageechak Begins to Dance Festival in Toronto, with artistic director Alanis King.

Her first book, Nobody Cries at Bingo, was shortlisted as both the 2012 Alberta Readers Choice Award and the 2012 Robert Kroetsch City of Edmonton Award. It was also chosen for inclusion in the 2012 Best Books for Kids and Teens.

Rose’s Run (isbn: 978-1-927068-81-6) was published by Thistledown Press and is available at book stores and by on-line vendors. The stunning cover art is by Aaron Paquette.