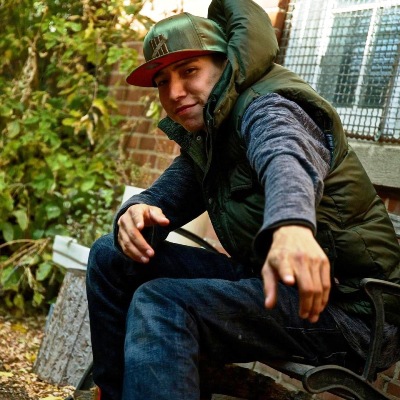 They say good things come in sets of three and that’s just the way it has happened for 26 year old Cory Nicotine. As a onetime homeless Edmonton resident, born in Saskatchewan and raised on Alberta’s Saddle Lake First Nation, Nicotine has been making both headlines and a positive difference in the lives of others who call downtown Edmonton home.

“I’ve never dreamed about headlines or personal recognition and in fact I’d just as soon not have all of the attention – but I am humbled by the support I’ve received from the community, my peers, iHuman administrators, and more recently from the City of Edmonton and the Toronto-based Inspirit Foundation. I am also honoured to have recently been chosen as a recipient of the prestigious Everyday Politician Citizen Award from SamaraCanada.”

It all began when Nicotine applied for his passport and for the first time in his life stepped into an aeroplane and flew to the east African nation of Tanzania, where he participated in a cultural exchange program. 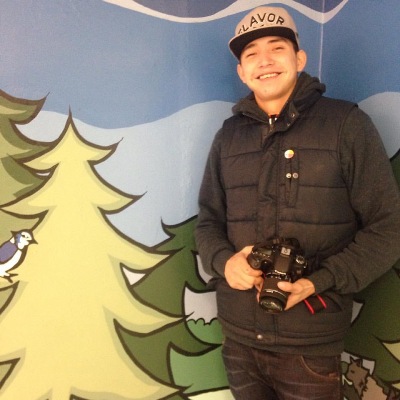 Community leader Cory Nicotine was recently the recipient of the prestigious Everyday Politician Citizen Award from SamaraCanada in the 19-34 age category.

“It was quite an adventure,” he admitted in a recent interview, “and one that opened my eyes, changed my perception and taught me things that I could never have learned without actually going to a country where people are homeless, hungry and poor but still retain hope and always with a friendly smile and a welcoming approach. The people I met shared with one another, helped one another and when I asked them what they’d do if they ever came into a lot of money, none said they wanted an iPad or computer or new car. They live and enjoy a much simpler life than we do in Canada. They don’t sit around talking about each other, instead they talk to each another. They care about each other; we could all learn a lot and live much better lives if we had to walk in their shoes for a while. It was a real learning experience.”

And it changed his life.

The trip to Tanzania took place in 2013, just a few months after Cory began to hang out at the iHuman Youth Society, where he became involved in a variety of projects with other youth. A friend introduced him to an opportunity that he couldn’t pass up – joining a national cultural exchange program that included spending three months in Canada and three in Tanzania.

“It began when we (10 Canadian youth) travelled back east and met up with a group of kids from Tanzania; we were billeted in several homes and spent our time teaching and travelling about with our Tanzanian counterparts. After three months we flew with them back to Tanzania and we in turn were billeted in their homes. We travelled a bit and visited both major cities and smaller communities; I enjoyed the less populated areas better because cities are cities and nowhere near as relaxed as smaller communities.”

When he arrived back in Canada Cory Nicotine had a different view of the world. He wanted to become more involved in healing others from a millennium of misery and he wanted to provide hope and inspiration to other youth, many who haven’t yet decided on the path they would like to follow in life. 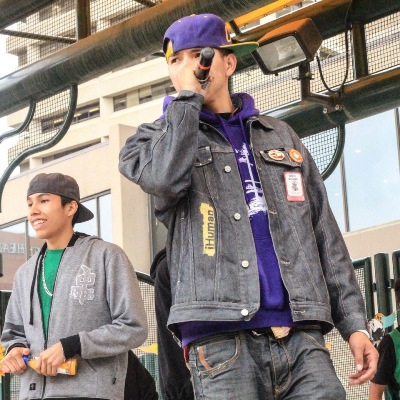 Cory Nicotine is spearheading the Knowledge is Powwow initiative with the Edmonton based iHuman Youth Society, aimed at informing marginalized and vulnerable at-risk youth about different cultures and religions.

“He is inspiring,” noted iHuman Executive Director Catherine Bloomfield. “Cory has always had good vision but since he returned from Africa he has been especially inspiring to his peers and fellow community members. He’s had a difficult life but he has persevered and carried on and his strength and foresight is rubbing off on others. He’s an artistically talented individual, a natural leader and a terrific role model to his peers. He’s a very humble person who is compassionate, mindful of others and always interested and involved in creating awareness and living up to the expectations he sets for himself.”

The trip to east Africa was the catalyst that opened Cory Nicotine’s eyes to the vast world that lay beyond the streets of Edmonton, but it is the work he’s been involved in since he returned that created “the three positives” that have changed his life forever.

The first came when friend and co-worker Breanna Olson submitted a form that nominated Nicotine for SamaraCanada’s ‘Everyday Political Citizen Award’ a prestigious award that recognizes achievers in three categories (under age 18; 19-34 and 35 and older) for the work they are doing to bring political awareness to their communities.

When well known television personality Rick Mercer announced the names of SamaraCanada’s 2015 Awards recipients on December 4, 2015, he said that “this was the most difficult year yet for the jury to select winners from the enormously talented list of more than 320 nominees.” 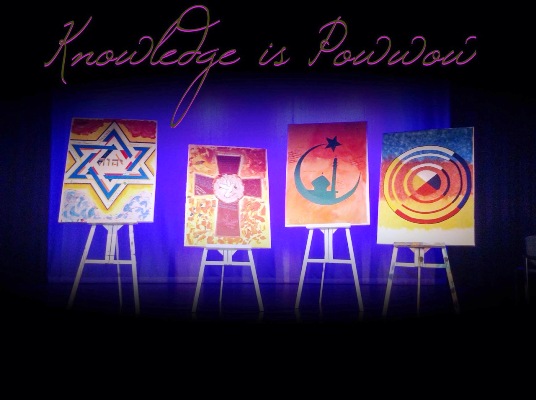 Cory Nicotine founded the Knowledge is Powwow initiative and created the artwork above.  A series of gatherings will take place over the next few months in Edmonton to promote discussion, dialogue and awareness among youth and young adults, culminating with a powwow festival in June.

Cory Nicotine was the recipient of the 19-34 year old category, winning out over other nominees from Vancouver, Mississauga, Newfoundland, Toronto, Regina and Iqaluit. SamaraCanada representative Nancy Close said she was thrilled with the nominees for the Everyday Citizen award because: “I was excited that Samara’s research has been confirmed; people under 30 are not apathetic! They are more politically engaged than older cohorts. For me, Samara’s Everyday Political citizen project serves to remind us all about the ‘power of the people’, that ‘knowledge is power’ and the importance of each us being involved, informed and engaged citizens in our democracy. Cory’s nomination reaffirms the importance of political engagement as an everyday, ongoing activity of involvement and conversation. It highlights hope and possibility, and makes me reveal my age by shouting “right on!””

Fellow juror Bob Sutton wrote: “I’m nominating Cory Nicotine because he opened his heart and mind to the lives of others, went to Tanzania with Canada’s World Youth Leaders in Action, and translated the insights gained in Africa into innovative initiatives in Canada.

“By hosting a series of events amongst vulnerable youth from diverse backgrounds to discuss such issues as social justice, civic engagement, voting, religious pluralism and diversity, Cory has exemplified the kind of citizen action that cannot go unnoticed. Clearly by his spirit, his action-orientation, and his grasp of the very essence of our humanity, Cory represents the very best of Canada’s future, and he will no doubt play a pivotal role in it.”

Cory has worked on numerous projects at iHuman. These include a panel discussion that dealt with the work being done and the awareness being created by the Idle No More campaign. He was also instrumental in getting the word out to young Edmontonians about where to vote, with emphasis on the importance of voting. He invited several politicians to the iHuman offices to answer questions about what they were planning if they were elected. They responded and answered the questions.

“We see politicians on TV and hear them on the radio, but we don’t see them in real life. Several Councillors came to the meeting and the youth talked to them and as a result these youth went out to vote and it encouraged more youth to go and vote. It was quite remarkable because before talking to the candidates, they didn’t know where to vote or who to vote for,” Nicotine said.

Another project, entitled “Uncensored” involved a drama-theatre workshop. He’s currently working on a new project that he has developed with his peers at iHuman; it is called Knowledge is PowWow. He not only created the project but he also painted the inspiring artwork that accompanies the project logo.

Knowledge is PowWow is an initiative designed to expose marginalized and vulnerable at-risk youth to different cultures and religions. That’s where the second and third “good things happen in three” events took place because the interest in the project has drawn a grant from the Inspirit Foundation and another from the City of Edmonton.

“The Knowledge is Pow Wow initiative was an idea by Cory to engage his peers in learning and conversation about topical issues that they might otherwise not get an exposure or opportunity to talk about,” explained Bloomfield.  “Initially, learning about the Idle No More, Bill C-45 and the city election, the circles evolved during 2015 to discuss religious pluralism – looking at the similarities between religions rather than the differences.”

“Cory is passionate about his peers being consciously informed and not using stereotypes or urban myths to make decisions about others in the community,” continued the iHuman Executive Director.

“He wants to create opportunities for dialogue and understanding.  His use of the sharing circle and the arts as engagement tools truly honours a safe space to learn and share.

“Thanks to a one time grant from the City of Edmonton FCSS department of $50,000 iHuman has been able to hire Cory as a program coordinator to sustain the program’s activities during 2016.  He is hoping to deliver a number of additional circles this year as well as create opportunities for Aboriginal youth leaders to hone their leadership skills through mentorship, professional speaking and exchange opportunities.”

“The support has been outstanding and I am very grateful to the Foundation and Mayor Don Iveson for their understanding, involvement and participation in this unique undertaking,” assured Nicotine. “We are all looking forward to seeing the project get underway next month.”

Beginning at 3 p.m. on Friday, February 20, 2016 the first of several gatherings will take place at the Boyle Street Renaissance Plaza at 9538-103A Avenue in Edmonton. The plan is to host these meetings with the focus on social justice, diversity and religious pluralism.

“If we take away the lines of cultures and religions and see each other just plainly for what we’re born as: ‘human beings,’ we will see that we are the same; laughter sounds the same in every language,” assured Nicotine.

Spearheaded by Cory Nicotine, the group of young adults from Edmonton’s downtown communities will hear from leaders representing Indigenous, Catholic, Jewish and Muslim faiths and cultures. Over four meetings the 12-30 year-olds will share food, cultures and personal stories to break down barriers of suspicion and/or misunderstanding. The series will culminate in a performance showcasing learning and hip hop as vehicles to creatively express identity.