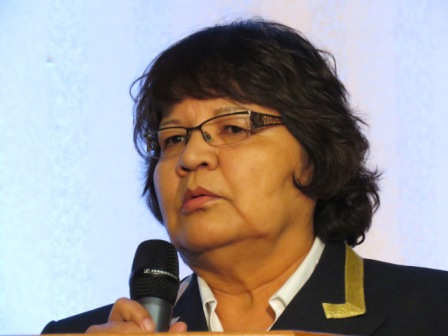 It is with sadness that we mark the sudden and untimely passing of Jim Prentice.

On behalf of Cold Lake First Nations, I wish to express our sincere condolences to Jim’s wife and daughters and other family members during this very difficult time.

Jim Prentice played a huge role in the cultural, social and economic revitalization of Cold Lake First Nations. In the early 1990s, Jim was the Chief Commissioner for the Indian Claims Commission and he lead the federal Inquiry into the claims and grievances of the Denesuline people of Cold Lake.

By way of background, in the mid-1950s our people were forcefully removed from our traditional lands located in the area of land that became the Cold Lake Air Weapons Range. That sudden loss of access to our lands and livelihood had devastating, negative and long-lasting impacts on our people’s way of life. We went from being totally self-sufficient and healthy people to being dependent on government.

During the community hearings process, Jim spent many hours listening to our Elders and community members. Jim’s compassion for seeking truth and justice helped him to weave the stories of our Elders into the Final Report and Recommendations of the Indian Claims Commission wherein he strongly urged the Federal Government to settle the claims and grievances of the Cold Lake First Nations.

The ICC’s report and recommendation also established the evidential basis surrounding the taking of our traditional lands and allowed our First Nation’s leaders able to finalize our settlement agreement with the Federal Government in early 2002. Our final settlement agreement provided our people with additional reserve land, financial compensation and access to the Cold Lake Air Weapons Range to enable our people to engage in traditional pursuits. Since 2002, our people have undergone a transformative and positive change in community revitalization and we are now on the path to becoming economically self-sufficient once again.

In closing, the Chief and Council acknowledge the words and works of the Honorable Jim Prentice. Sadly, people like Jim who dedicate their life to the service of their fellow Canadians, including First Nations, often go unheralded for their good deeds during their lifetime. Nevertheless, we want Jim’s family to know that we owe a debt of gratitude to them for sharing and supporting his life’s work on behalf of others.

Cold Lake First Nation is pleased with the change in government