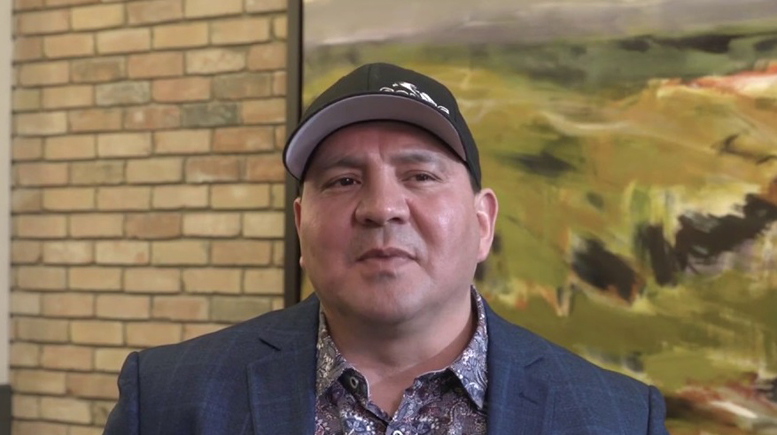 Marten caught the delta variant after refusing to get vaccinated, a position he now regrets.

He said he started to feel symptoms in September, and was rushed to the hospital by his girlfriend once he had difficulty breathing and couldn’t get out of bed. Marten had assumed he had natural immunity due to experiencing symptoms earlier in the pandemic.

“There were a lot of peaks and valleys that members of my nation were concerned about my health,” he told APTN News. “I tell people basically I don’t know a whole lot. I went to sleep, I woke up.”

In addition to intubation, Marten received the drug REGN-COV2 – an antibody “cocktail” given to COVID-19 patients.

He woke up from a medically-induced coma on Sept. 22 and was able to leave the hospital five days later.

According to Indigenous Services Canada, as of Dec. 13, 51,505 First Nations people living on reserve have caught COVID. There have been 871 active cases on reserves, and 550 people have died.

Alberta is the leader among provinces, with 14,341 cases on reserve, while Saskatchewan is a close second with 13,740.

Marten told APTN he’s using his experience to encourage more Cold Lake band members to get vaccinated. There are two active cases on reserve and 70 per cent of its inhabitants are vaccinated.

“I don’t want anything to happen to anybody. It’s very bad. We lost some band members. It’s preventable if we all do our part and get our vaccination,” said the chief.

In addition to changing his own mind about vaccination, Marten said his hospitalization encouraged others who were vaccine-hesitant to get the jab.

“I had some friends who were totally against the shots,” he said. “After they saw me, they said ‘hey Roger, because of you we got our shots. If it can happen to you, it’s too close to home.’