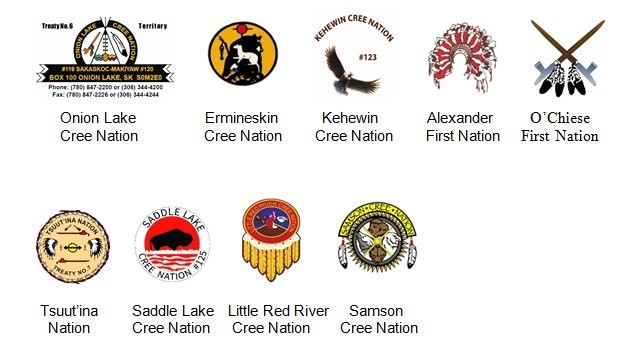 According to a news release, the Chiefs, representing Sovereign Nations that continue to live on Turtle Island since time immemorial reject Canada’s on-going Treaty termination agenda.

“We remind all Canadian political parties that we only agreed to share the lands under Treaty.  We did not relinquish our sovereignty and we continue to live our way of life, our inherent laws, and governance structures.”

The TTT Chiefs assert that the successor state of Canada in inheriting the legal obligation of Treaty from the British Crown must accept the oral understanding as understood by Elders and the original peoples.

They explain that the past Liberal government established co-development processes with institutions and organizations such as the Assembly of First Nations.  These processes intend to municipalize all First Nations which will undermine the sovereignty of those Nations who have made Treaty with the Crown.  To achieve its purposes, the Federal government is offering Chiefs to enter into New Contribution Agreements and 10-year grants that have no guarantee of further funding.  Once Chiefs enter into these two agreements, Bill C-38; Bill C-45; Bill C-27; Bill C-86; Bill C-97; Bill S-3; Bill C-91; and Bill C-92, components of the termination agenda, are enacted.

Under threat of withholding funding, these co-development processes led by the Federal Government do not respect free, prior, and informed consent; a right entitled to Treaty Nations.

Chief Mackinaw asserts, “The AFN and other institutions do not have the authority to act on behalf of Sovereign Treaty Nations.  Furthermore, an international pre-emptive norm exists stating that no nation may make laws for another nation.”

“We reject any legislation that breaches and undermines Treaty. Our Sovereign Nations have our own inherent processes that are in line with our ancestral laws and governance,” maintains Chief Watchmaker.  It is the responsibility of Chiefs to intervene to ensure the protection of Treaty and Inherent Rights for future generations.

Okimaw Shirt states, “We will continue to seek accountability and transparency for our “Indian Monies” that were set aside under Treaty.”

The work being done is critical for a positive on-going respectful relationship between the federal state and Sovereign Nations on the lands shared to the “depth of the plough” by our peace and friendship Treaties.

The honour of the Crown is at stake thus the Chiefs demand an immediate meeting between our Sovereign Nations and the Crown.

1 Comment on "Chiefs call for Treaty based funding arrangements"