Osoyoos, in the southern part of beautiful British Columbia, is quickly becoming Canada’s most popular tourist destination. Nestled in the valley of the Okanagan, a certified desert terrain makes it the hottest spot in the country. Some compare Osoyoos to Mexico, only cleaner, and its booming tourism economy has the Osoyoos Indian Band cashing in. About a 15 minute drive north lies Oliver, Canada’s wine capital, where the band office is situated along with the reserve’s many other business endeavours. Chief Clarence Louie is well-known for his no-nonsense and business savvy temperament. First elected at the young age of 24 he has served consecutively, minus one term, since 1985 and now also holds the titles of band administrator and CEO of the Osoyoos Indian Band Development Corporation (OIBDC).

“Creating jobs is what I like to do,” he declared in a recent interview. 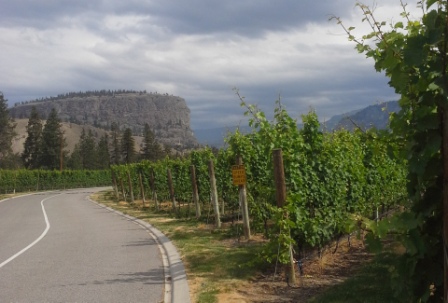 The beautiful and scenic drive to the Osoyoos Indian Band, the award winning NK’MIP Winery and the Canyon Desert 5 star Resort.  Article and photos by Brandi Morin

The band had two companies when Louie got into office: a vineyard and a campground. Since then the chief has helped to develop 13 flourishing businesses, some of which include the award winning NK’MIP Cellars winery, Canyon Desert 5 Star Resort, a golf course, RV park, gas and convenience store and a full-service concrete and aggregate company. Total revenue for  the OIBDC Group 2013 year end is 17,582.000.00. 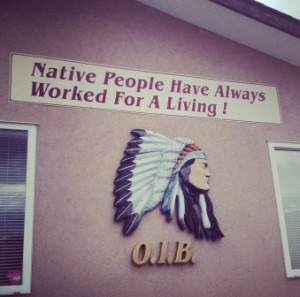 Almost 90 percent of the band members are  employed. Scattered around the community read  motivational type signs like, “A True Warrior  Financially Supports Himself and Others,” and “If  your life sucks, it’s because you suck.” The sign on  the outside of the band office reads, “Native People  Have Always Worked For A Living!” Most of the  signs are Louie’s quotes and some he gets out of  books he reads.

“Most people like ‘em.  The ones that don’t like them are usually the lazy ones,” he explained.

“All of our people worked for a living until the white people came around. Every day for them was a working day. You had to shelter yourself with your own hands. You went and got your food and made your own clothes yourself. It’s about getting back to that self-supporting lifestyle.” 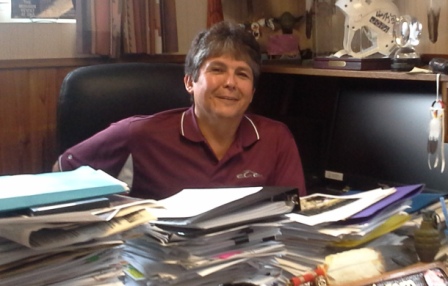 Chief Louie hard at work in his office

“I think all Native leadership need to get the economic development focus going on and make the economy the number one issue. It’s the economy that looks after everything…You’re not going to sober your people up by leaving them on welfare and putting them in treatment centres.”

He pointed out that there are a handful of bands across the country that are starting to follow suit.

The Osoyoos Indian band has just over 500 members and there are more jobs there than band members. In fact, they employ individuals from 30 different First Nations in Canada.

And they have built good relationships with their neighbouring community because it’s more of a business relationship and not a dependency relationship. 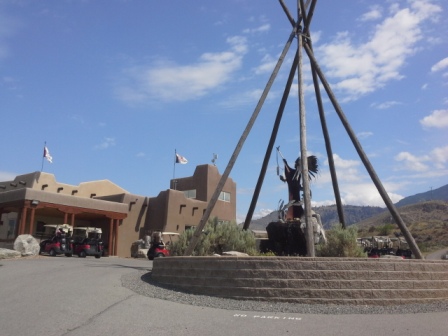 The OIB golf course in Oliver

“When Indians are poor nobody pays attention to them. We were poor before. Now we’re not poor and we contribute millions of dollars into the local economy and create hundreds of jobs, now they pay attention to us. We have a business relationship and it’s what the treaty relationship was supposed to originally be 500 years ago.”

Chief Louie is big on supporting cultural programs and language preservation and he believes it’s integral to the well being of Native people because it helps build up self-confidence.

But in order to support cultural programs it takes money, he added, and they don’t want to be sitting around waiting for the government to fund their programs.

The Nk’Mip Desert Cultural Centre nestled on a hillside in Osoyoos is a big family tourist destination where people can learn about the desert and history of the Indians of the Okanagan. 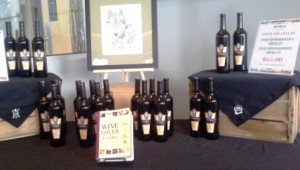 Some of the band’s future goals are to improve on the heritage sites and to acquire more land.

“It needs to make more money in order to buy more land. We’ve been buying land over the years.  Land is more important than money. We make money to spend money on important things. This should be at the top of the list. Some Indians say, ‘Well we shouldn’t have to buy our land back – it’s ours.’ They can live in that fantasy world if they want, but I don’t. The white people aren’t going to give it back to us. If we have to buy it back so be it, one parcel at a time.” 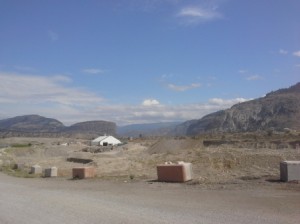 The band’s concrete and aggregate business

Controlling about 32,000 acres of land in the vicinity of Osoyoos, in 2012 the band signed an historical deal with the B.C government to build a provincial jail on reserve land. A first of its kind in Canada, the $100-million venture will create some 500 direct and another 500 indirect jobs. The project will generate significant revenue from the leased land. It is expected to open in 2016 and is being constructed in the band’s business park.

It’s the business side of things that keep Chief Louie motivated to stay in leadership, because he doesn’t like Native politics primarily due to the rampant jealousy, hatred and bitterness that plagues many communities.

He said he would like to serve a couple of more terms as chief and then stay on working in some capacity with economic development. His vision is to continue making a better way of life for his people and he does this by creating more opportunities to work.  The focus is always on making more money so that programs can be funded such as education. The band contributes over $400,000 annually over and above what Aboriginal Affairs and Northern Development gives toward further education opportunities for its members. 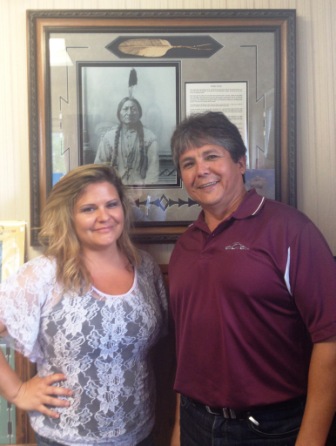 “Money equals opportunity. You have to have the money in order to have the opportunity. The government’s never going to give us enough money to properly provide any service or job preparation.”

And, he added, therein lies the problem with most Native bands – they don’t talk about making money.

He loves music, rides a motorcycle and stressed the importance of having passions and an interest in something outside of work in order to help keep level-headed and motivated.

An avid sports lover, Chief Louie supports the Washington Redskins logo and said it’s not doing any harm, but it gives a name to and “represents Indians” in a good way.

The Okanagan First Nation people have lived in that region from time long past and they plan to be flourishing there long into the future.

For more information and to plan a visit to Osoyoos and Oliver visit www.oibdc.ca

Be the first to comment on "Chief Clarence Louie: The key to the future is building a strong economy"