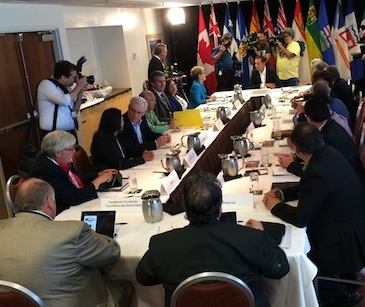 “I am pleased that the Premiers and Aboriginal leaders are on the same page on this tragic situation,” said President Chartier. “It is time for the Prime Minister to act. We can start with a national roundtable of key federal ministers and National Aboriginal leaders, a proposal which was supported by the Premiers.” 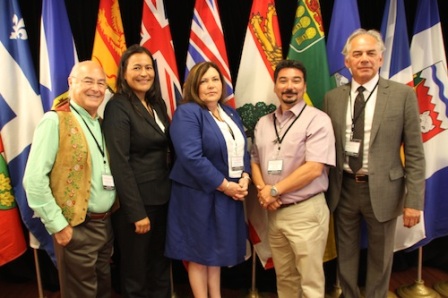 The Premiers also voiced their support for addressing the socio-economic conditions that shape the background to missing and murdered Aboriginal women and girls. An action plan for tackling these conditions will be worked on by the Aboriginal Affairs Working Group and the National Aboriginal Women’s Summit IV occurring at Membertou First Nation, Nova Scotia, in October 2014.

President Chartier served as the NAO lead on a related subject, Children in Care, with Manitoba Premier Selinger recommending that the Aboriginal Affairs Working Group work with relevant ministries about the high number of Aboriginal children in care and to engage the Federal government on the issue.

He also served as the NAO lead in the discussion of Increasing Aboriginal participation in the workforce – Engagement with Businesses. “I was pleased to see strong support from the Premiers for the renewal of the Aboriginal Skills and Employment Training Strategy (ASETS) which is up for renewal in 2015,” said President Chartier. “ASETS has been critically important to improving Aboriginal labor market outcomes, particularly for the Métis people. I also appreciated the continued support of the Premiers from the five westernmost provinces for a long term Métis economic development strategy that will be the subject of the third Métis Economic Development Symposium led by the federal Aboriginal Affairs Minister Valcourt.”