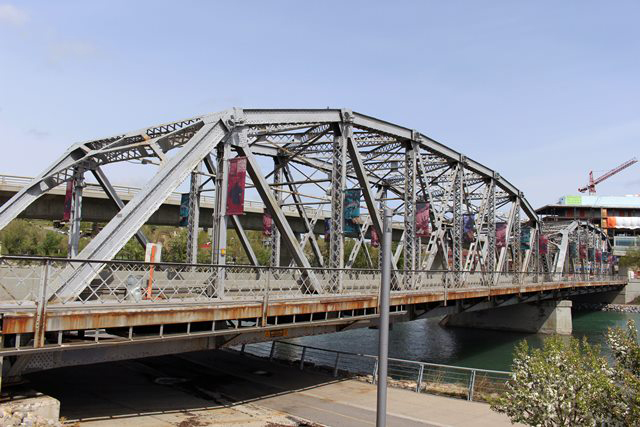 (ANNews) – Calgary’s Reconciliation Bridge will be fitted with an upgraded lighting system this year to illuminate in various colours marking significant dates and events in local First Nations communities, bringing their stories to the forefront.

The Calgary Municipal Land Corporation (CMLC) is slated to install new LED lights on the bridge that runs over the Bow River from Memorial Drive to 4th Avenue S.E. at some point this year, the Calgary Herald reported.

“CMLC is pleased to have this opportunity to recognize our city’s rich Indigenous history and bring attention to important elements of Indigenous culture on this prominent downtown landmark. Through all seasons, these lights will serve as reminders of our heritage,” said CMLC CEO Kate Thompson.

The National Day of Awareness and Action for Missing and Murdered Indigenous Women and Girls, National Aboriginal Awareness Week, Metis Week and National Day for Truth and Reconciliation will all be commemorated in the lighting, but the bridge will also light up at various points to showcase Indigenous stories, history, culture, changes in season and lunar cycles.

The initiative was planned in coordination with the city’s Indigenous Relations Office, which was established in response to the city’s 2016 White Goose Flying Report on reconciliation.

“Spanning the Namaahkaa or Bow River, the Reconciliation Bridge stands in a place of great meaning for the Indigenous peoples of southern Alberta,” said Stewart Baker from the Indigenous Relations Office in a city news release.

“We are pleased to support this lighting program to honour Calgary’s Indigenous culture and history year-round and as a part of the ongoing Indigenous reconciliation and healing that’s so important for our city.”

Other community members, groups and organizations will also be able to request light displays for different events on a first-come first-serve basis.