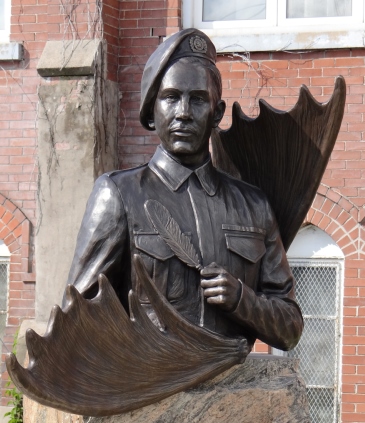 NAUGHTON, Ontario – A bronze monument commemorating Charles Henry Byce, Canada’s most highly-decorated Indigenous soldier of the Second World War, was unveiled last month at the Royal Canadian Legion, in the Chapleau community where Byce was born in 1916.

The bronze and granite monument, created by Sudbury sculptor Tyler Fauvelle (www.tylerfauvelle.ca), celebrates Byce’s extreme bravery and leadership.  It also features symbols pointing to Byce’s Moose Cree heritage, and to the cultural suppression Byce experienced in residential school.  The Ontario Native Education Counselling Association (www.oneca.com) worked on the project in collaboration with the Chapleau Cree First Nation, the Royal Canadian Legion, and the Township of Chapleau. Partial funding was received from the Department of Canadian Heritage. 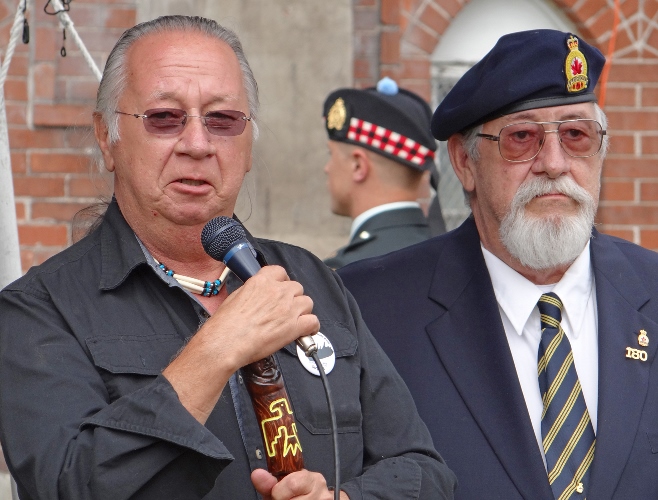 “Charlie Byce went from being a child of the residential school system, to being Canada’s most highly-decorated Indigenous hero of World War II,” said Roger Chum, President of ONECA.  “We hope his bravery, resilience, and service will inspire Canadians of all ages, especially Indigenous youth, to aspire and create their own positive journeys.”
The artist, Tyler Fauvelle, said:  “In time, World War II will pass from all living memory.  Our monuments are important, because they’re a legacy of remembrance.  For generations, they will stand in honour of those who fought for civilization.” 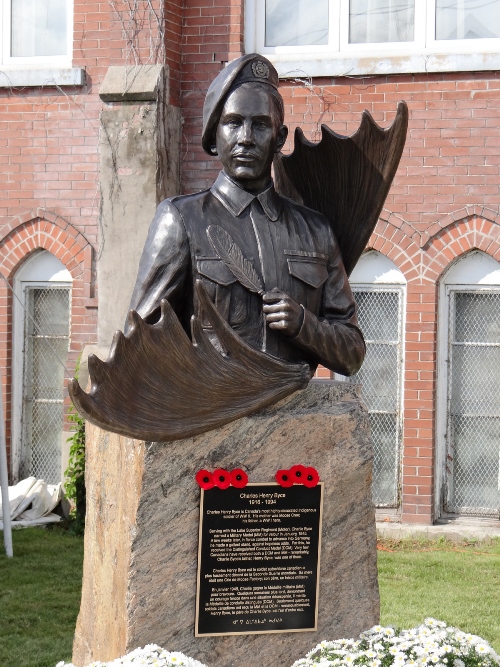 Charlie Byce was awarded the British Military Medal (MM) for leadership and bravery in the Netherlands, on the night of January 20, 1945.  Just a few weeks later, he earned the Distinguished Conduct Medal (DCM) for extreme bravery in the Hochwald Forest sector, during fierce fighting to advance into Germany. The citation for the DCM honours his courage and fighting spirit, and reads, in part: “His gallant stand, without adequate weapons and with a bare handful of men against hopeless odds will remain, for all time, an outstanding example to all ranks of the regiment.”

Only a handful of Canadians have ever received both a DCM and MM.  Remarkably, Charlie Byce’s father, Henry (Harry) Byce, was one of them. A WW I hero, Harry Byce received a DCM, as well as the Médaille Militaire, the French equivalent to the MM.  A father and son, each receiving a DCM and MM across two world wars, is unique in Canadian history. 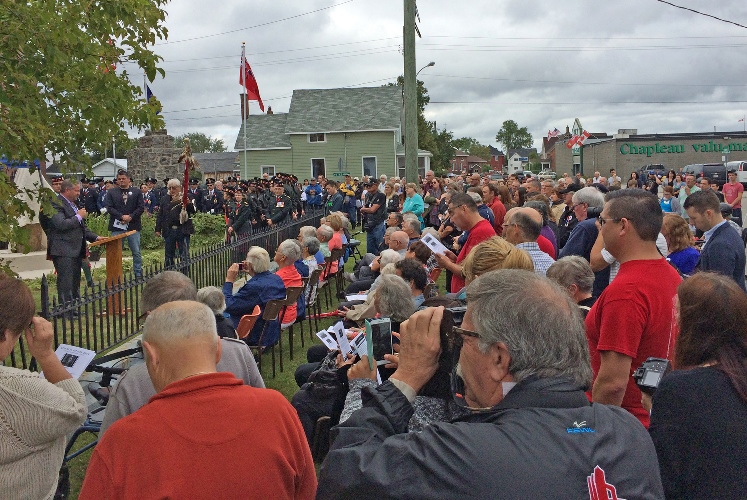 Chapleau honours one of its own at September 17th commemoration.