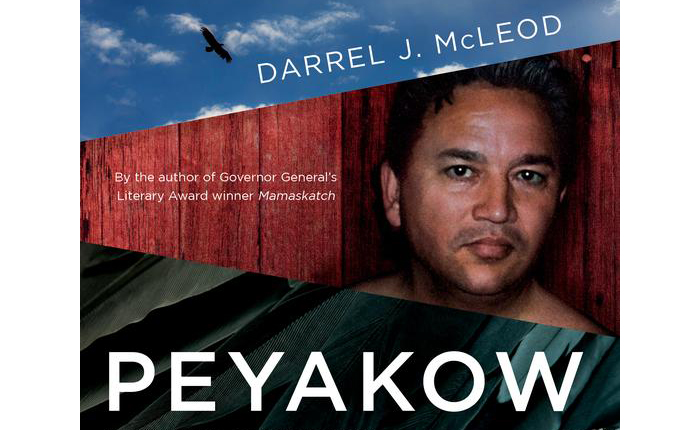 (ANNews) – Peyakow: Reclaiming Cree Dignity, A Memoir is a new memoir from the award-winning, Cree writer Darrel J. McLeod. He is from Treaty 8 territory in Northern Alberta. Before his retirement, McLeod was chief negotiator of land claims for the federal government and executive director of education and international affairs with the Assembly of First Nations.

Peyakow – the sequel to Mamaskatch: a Cree Coming of Age (which won the 2018 Governor General’s Award for non-fiction) – recounts the journey of steely perseverance and enduring love in the relentless pursuit of happiness and a meaningful life.

The book presents the Native experience in raw vignettes from the life of the author – the lowest lows and the highest highs. All the while, allowing the reader to experience the life of a Native person trying to come up in Canada.

Every single person in this book is written with incredible depth and the stories told paint a vivid picture of different parts of Canada from the educational institutions in BC, to the family-life of McLeod in Alberta.

Time and again McLeod is devastated by the defeat, self-destruction and even death of those closest to him and constantly fears that he too will be dragged down.

However, the story is ripe with perseverance and accomplishment as McLeod shows the world that he can overcome his traumatic past and do great things.

The memoir follows McLeod across Canada and the world as he recalls his time working as a school principal; his time as part of an Indigenous delegation to the UN in Geneva; an executive at the government of Canada; and author.

“It was not my intent to deal with themes as explicitly as I did, chapter by chapter,” said McLeod. “but I ended up addressing youth suicide; the long-term impact of residential schools on one Indigenous community in BC; poverty; the underfunding of Indigenous social programs; racial discrimination in the workplace; the tremendous challenges faced by Indigenous youth to acquire post-secondary education and then make their way ahead in the workplace (having to work twice as hard to be considered half as good as white colleagues); government corruption; the tremendous struggle to advance Indigenous rights on the international stage; and finally, the cultivation of an attitude of optimism and joy despite all of this.”

McLeod’s compelling story-telling builds on literary devices and innovations integral to Mamaskatch. He once again draws on inherited memory to set the stage for his book by writing about the Treaty 8 negotiations.

In the book, we are given a detailed – and even cinematic – description as to how Treaty 8 was created. “This is the true beginning of the story I sought to tell the world,” said McLeod.

“It’s an important piece of the puzzle, since this history has not been taught in schools.”

With a sprinkling of magical realism reminiscent of Garcia Marques, Peyakow – Cree for “he or she travels alone” – is a love song of gratitude to Mother Earth and an Ode to the Indigenous peoples of Canada.

A major issue throughout the book is McLeod’s yearning to reconnect with his Indigenous culture. “Because of the collapse of my nuclear and extended family, as well as personal and family dysfunctionality, I ended up moving through many key passages of life alone,” said McLeod.

“I’ve always known that my ancestors were very dignified people as are my Nehiyaw relatives and contemporaries. However, in the course of my life, family disruption and intense abuse of various forms – which led to an addiction to sex, racial discrimination, poverty and disenfranchisement – took me to a place of desperation and low self-esteem in my teen years.”

“Once I began to reconnect with other Indigenous people who were strong, proud and healthy I began to feel a resurgence of my own pride,” said McLeod.

The book isn’t a feel-good read, but it will definitely provide insight into the very subtle and complex life an Indigenous person leads in contemporary times. In a blend of drama, tragedy, and comedy, Peyakow is an epic tale of one man’s journey to find his culture and to help his people.

For anyone interested in how a Native person navigates through current day Canada, this book is rich with personal experience and wisdom. McLeod carries the emotion found only at the end of life through each scene and sentence to create a cacophony of first-hand, Indigenous experience.

Be the first to comment on "Book Review – Peyakow: Reclaiming Cree Dignity, A Memoir by Darrel McLeod"