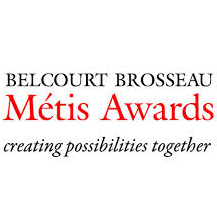 On Saturday, September 20,  2014 Edmonton’s DoubleTree by Hilton West Edmonton Hotel will play host to the Annual Belcourt Brosseau Métis Awards (BBMA) gala, an event that  will once again celebrate the achievements of the more than 100 Métis students chosen to receive financial awards that will help them pursue both post-secondary education and skills development programs. Approximately 120 awards are provided each year, with most awards ranging between $2,000 and $7,000.

“The application process,” explained BBMA Marketing and Communications Manager Theresa Majeran, “focuses on these main criteria, with students entering their first year of studies being considered the highest priority. The selection process is based on a holistic assessment including connection to the Métis community, financial need, capacity for success and likelihood of improved opportunities and individual circumstances. I urge everyone to get their applications in as soon as possible; the application deadline is March 31.   The new online application form can be found at www.bbma.ca.”

Theresa Majeran is available to visit your community organization or school to talk about the awards and welcomes inquiries and corporate donations from companies and individuals who would like to get involved in helping to improve the lives and the opportunities of Métis students. You can contact her at (780) 977-5515 or  [email protected].

Established in 2001 at the Edmonton Community Foundation (ECF) offices by then-directors of the Canative Housing Corporation, Orval Belcourt, Dr. Herb Belcourt and Georges R. Brosseau Q.C., the Belcourt Brosseau Métis Awards initiative has handed out more than 1100 awards to 800 Metis learners studying at all post-secondary institutes throughout Alberta.  To date, more than $4.9 million in awards have been handed out.

Last year donations to the fund came from individual business people and corporations. For example, Shell Canada  stepped up at the annual gala with a cheque for $100, 00.  It was also  an honour for Theresa to announce the establishment of the new Métis Elder Marge Friedel Award Fund at the Edmonton Community Foundation.  [pullquote]“The fund was established in April 2013 to recognize the extraordinary accomplishments of a formidable Métis woman, and the impact she had on our community, the Belcourt Brosseau Métis Awards program and our BBMA alumni.”  [/pullquote]

According to Alberta’s “Occupational Demand and Supply Outlook 2009 – 2019”  Government of Alberta Employment & Immigration report, the next decade will see Alberta’s labour market grow by approximately 349,000 workers at an annual average rate of 1.5% for the coming decade. This means that Alberta could find itself facing a labor shortage of approximately 77,000 workers.

“Within a decade,” noted Majeran, “Aboriginal workers will represent one of every five new entrants into the labor market so it is critical to ensure that skilled Aboriginal workers are ready to meet industry’s needs.”

According to 2011 statistics, about six percent of Alberta’s population  is made up of Indigenous Canadians. The key to enabling Aboriginal peoples to participate more fully in the economy rests on our ability to motivate and enhance their access and attainment within the basic and advanced education systems, so that they can acquire the knowledge and skills needed to reach their potential.

“The challenge,” she explained, “is to have a trained workforce prepared to meet the coming demand for employees in Alberta. The demands for educational funding to the BBMA awards program are increasing each year and the need to engage endowment donors has become evident.  Annual funding requests are increasing and are now at $1.9 million with an annual amount available to disburse at approximately $500,000.

For the past 10 years the BBMA program has been disbursing educational funding directly to Alberta’s post-secondary institutions to help fund the career dreams of Métis students.  At the U of A for example they are embracing the Aboriginal baby boom and have seen more than 250 BBMA students funded for a total of $1.3 million.  Currently the BBMA fund generates enough interest to pay the tuition of approximately 120 recipients each year; but more than 260 are applying annually and that number is growing.

“We are very pleased with companies and corporations who have made it possible for this awards initiative to continue each and every year,” assured Majeran, “but we can still use more help in this area.”

Enbridge, is another example of a corporate donor who was the first to make an investment in the BBMA endowment, an undertaking that is now providing ongoing equity and helping young Métis learners to carry on with their post-secondary educations. Michael Langevin, a first year Engineering student attending the U of A is appreciative of the opportunities he’s been given and said recently that “Enbridge’s donation and support is a great way to network for employment; I gave them a call after being introduced at the celebration.”

Majeran also noted that “Alberta’s big employers, including Syncrude Canada Inc. and Alberta Health Services, along with many private donors, understand the need for educational financial support, but most of all they support the positive outcomes that Métis people with a good education will bring them. The investment Syncrude Canada Inc. made in 2010 now supports a student from the municipality of Wood Buffalo. Chantelle Tatum from Fort McMurray, a first year chemistry student studying at the University of Alberta, was Syncrude’s awards recipient in 2011.  Alberta Health Services also donated to the BBMA fund in 2011. Their investment is now paying dividends for Brittany Cox, a first year student in the Pharmacy program at the University of Alberta.

“Private donors are getting involved too. Past BBMA recipient, Naomi Rau of Calgary is currently working at Shell Canada. She is giving back and helping to fund the education of future Métis students by donating to the BBMA fund each year. This list goes on, but these are some of examples of the positive results that ensue when individuals as well as companies and corporations get involved.”

Students who receive the awards are breaking new ground as they work in earnest to become the leaders of tomorrow.

“The awards program has proven to be a difference-maker,” assured Majeran. “The success of this initiative has a great deal to do with the achievements being made by the recipients. Our graduates are getting noticed by our sponsors who continue to hire them because the recipients continue to strive for excellence as they work to finish their education and pursue their chosen careers.

“We’ve had some major contributions during the past by corporate sponsors who understand the importance and the value of educating our youth and know what they are achieving,” continued Theresa.  “Our thanks and appreciation goes out to Shell Canada, our most recent BBMA endowment donors, for their commitment to Aboriginal education and for the $100,000 donation they’ve made to the fund to help ensure that it continues.”

Many BBMA recipients have completed their education and are realizing their goals; more than 50 recipients have gone on to become nurses; 37 have become teachers; 31 are now social workers. Past recipients also include 12 doctors, 20 lawyers, 17 engineers, 15 environmental and conservation science grads a chiropractor and a veterinarian.” With each passing year these numbers get larger and our community becomes stronger,” concluded Majeran. “If you can make a donation or want to get involved in any way, please contact me by calling 780-977-5515 or by visiting www.bbma.ca.”