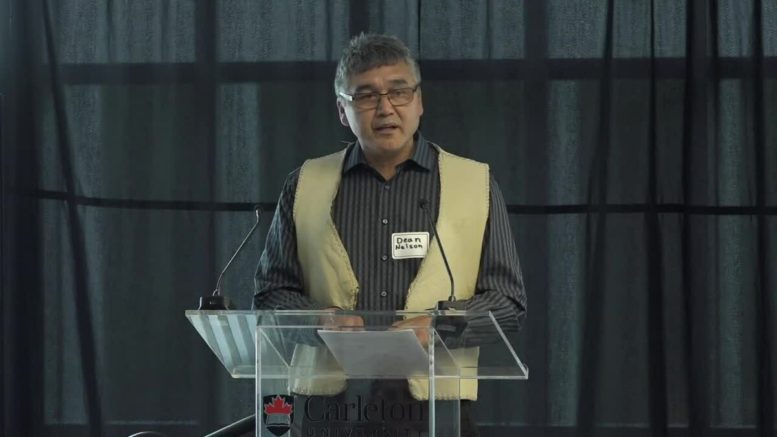 (ANNews) – Four B.C. First Nations have announced their plans to make the first ever Indigenous-led bid for the Olympic Games.

The First Nations of Lil’wat, Squamish, Musqueam, and Tsleil-Waututh have announced a memorandum of understanding (MOU) with the mayors of Vancouver and Whistler to explore the possibility of bringing the games to the coast.

The parties involved have noted that since Vancouver and Whistler hosted the 2010 Olympic Games, the infrastructure needed to host is already available.

“We have been at this place before in the 2010 Olympics where we showcased our presence and our cultures respectively,” said Líl̓wat Chief Dean Nelson. “The difference between 2010 (and 2030) is that we were an invitee and today we are a big part of the exploratory group to explore a bid for the 2030 Olympics.”

However four other international cities, also with infrastructure — including Sapporo, Japan; Salt Lake City, United States; Lillehammer, Norway; and Barcelona, Spain — have expressed interest in hosting the games as well.

Fortunately, there will be no competition from other Canadian cities as the Canadian Olympic Committee (COC) has already decided that due to the implications for reconciliation, an Olympic bid from B.C. makes the most sense.

Vancouver Mayor Kennedy Stewart iterated that while the games would be held in the two cities, it would be hosted by the Four First Nations.

Additionally, he noted that there is still work that needs to be done, “Today is an historic day but there is a long way to go. We are only at the exploratory phase. But no matter what is decided by the Indigenous peoples represented here today, Vancouver will continue to walk this different and unfamiliar path as we continue to put reconciliation into action.”

However, if Vancouver and Whistler decide to bid and are chosen to host the Olympics, it would fulfill action 91 from the Truth and Reconciliation Commission of Canada’s calls to action.

“We call upon the officials and host countries of international sporting events such as the Olympics, Pan Am, and Commonwealth games to ensure that Indigenous peoples’ territorial protocols are respected, and local Indigenous communities are engaged in all aspects of planning and participating in such events,” said the TRC report.

The decision to move forward with a formal bid should be decided by the fall of 2022, after a feasibility study is conducted by the Nations, cities, and olympic committees.

“This announcement fully aligns with our process and our commitment to the Truth and Reconciliation Commission of Canada’s call to action and is an important first step toward exploring the feasibility of bringing the Olympic and Paralympic Games back to the region,” said Tricia Smith, president of the Canadian Olympic Committee.

While most the locations for the upcoming Olympic Games have been decided for the next decade, the 2030 Olympics have not. The International Olympic Committee has also not announced when the location will be picked.

Be the first to comment on "B.C. First Nations announce plans to make Olympic bid for 2030 Winter Games"