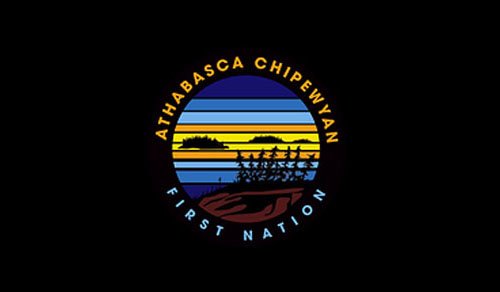 (ANNews) – On February 2, the Athabasca Chipewyan First Nation Chief and Council released a statement regarding the current U.S-Canadian border blockade in Coutts, Alberta.

“Over the past several days we have watched in dismay as the border blockade at Coutts, Alberta is allowed to continue without intervention from authorities,” said the statement. “The Critical Infrastructure Defense Act (CIDA), which was passed in 2020, was created in response to Indigenous railway blockades protesting pipeline developments on Indigenous territories.”

“This law was used to end Indigenous blockades — so the question that must be asked is why the blockade at Coutts is allowed to continue?”

The Athabasca First Nation Chief and Council  suggested that if it were Indigenous people operating and participating in the blockade, the government would have responded immediately and utilized the CIDA to end the protests.

“Yet in Coutts we see the inequities of our country when it comes to Indigenous people and the methods used to control our rights to peaceful protest,” read the statement.

“If the blockade in Coutts consisted of Indigenous people there would have been arrests and charges laid; instead, the Coutts blockade is being allowed to continue, even though it has at times become violent. We do not condone or encourage violence in any manner.”

Finally, the statement ended with the Nation stating that because of the government’s response to the blockades, they expect the same response should an Indigenous protest erupt.

“It is important to recognize the disparity between how Indigenous and non-indigenous protests are approached by our government. It is shocking to see this blatant disparity as we watch the complete government inaction to address the blockade at Coutts,” concluded the statement.

“If peaceful protests of critical infrastructure at Coutts is allowed, then we expect the same to be true in the future should Indigenous people engage in similar forms of protest.”

The highway blockade initially began on Saturday and has persisted since then, despite the protestors allowing some lanes to open up recently. The demonstration is a part of a larger national protest against COVID-19 vaccine mandates and other public health measures.

However, Alberta is not alone in its inaction. Canadian officials have condemned the protests, but they have allowed them to continue nationally for five days, despite the movement being associated with violence.

Alberta Premier Jason Kenney is quoted as saying that he had been told of “people aligned with the protesters assaulting RCMP officers” and “trying to ram members … later leading to a collision with a civilian vehicle.” (Although an RCMP spokesman said that he was not aware of any assaults against RCMP.)

The movement has also been associated with racism as some protesters carried confederate flags. It has also been reported that there was at least one swastika.

The question about who is actually a part of the protests keeps coming to the fore-front however, as the Canadian Trucking Alliance has said that many of the people at the protests “do not have a connection to the trucking industry,” with the vast majority of its members being fully vaccinated.