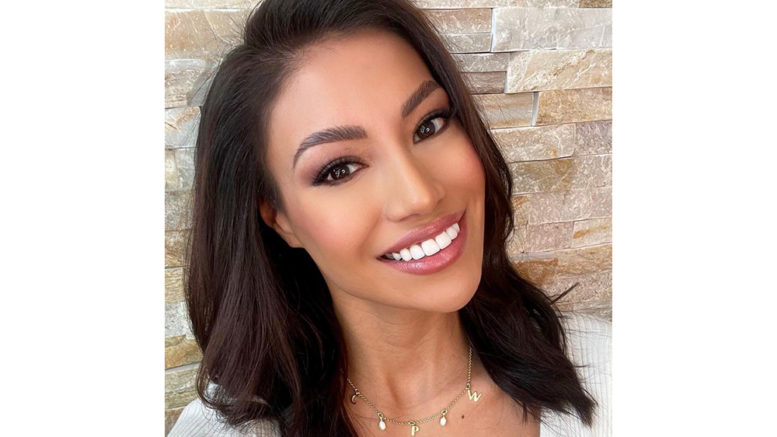 (ANNews) – A local woman from the Edmonton area has become the first plains Cree model featured in Sports Illustrated. Ashley Callingbull is a Plains Cree starlet who continues to water her roots by giving back and paying homage to where she came from.

Ashley never imagined that she would be on the beaches of the Dominican Republic shooting for Sports Illustrated Magazine. “I am a local girl from Edmonton who Made it BIG! It’s overwhelming knowing that I am the first Plains Cree woman but I won’t be the last,” said Callingbull.

Last year, we caught up with Ashley when she signed with Canada’s most prestigious modeling agency, Next Models.  When talking about being the first Indigenous person to achieve these milestones Ashley simply says, “Representation matters!”

Callingbull has paved the way for the next generation; she is a trailblazer.

“Other women will come through and be confident and comfortable in these spaces. These are spaces that so many people told me I don’t belong; now that I’m here, I’m excited to see who will be next.”

She is showing what is possible for all Indigenous women in Canada. This is just the latest in several firsts for Callingbull; she appeared on Amazing Race Canada in 2016, modeled Hillberg and Berk collection in 2018, and of course, before all that, she won Miss Universe in 2015.

There are just too many firsts and accomplishments to list in one article. Each deserves its own story because of the impact that each accomplishment has had on young Indigenous women across Turtle Island.

Sports Illustrated is a prestigious American sports magazine that was first published in August 1954. It was the first magazine with a circulation of over one million to win the National Magazine Award for General Excellence twice.

Callingbull is the first Indigenous person ever to be featured in the magazine, and more specifically, she is the first Cree woman ever to be featured throughout the magazine’s 70-year history. It’s an accolade for Ashley, but it speaks to a significant societal issue and lack of representation of Indigenous people in mainstream media and popular magazines.

Ashley has come a long way from her humble roots but she got her start in Edmonton and practiced for the world stage at Western Canada Fashion Week – proving that if you work hard, dream, and show up prepared, your dreams can come true.

From early on, Callingbull surrounded herself with friends who uplifted and supported each other in mutual goals and ambitions.

“It’s crazy to think that I started locally in Edmonton, with people like you; that’s where we met at Western Canada Fashion Week, now I’m shooting for Sports Illustrated. It’s such a transition, right? …It just shows that these dreams are attainable,” said Callingbull.

“Coming from the lifestyle I grew up in, which consisted of poverty and abuse, I have had to overcome those issues. And I realized that my culture was going to save my life and staying on the red road has helped me.”

According to Callingbull, her Plains Cree culture has given her the strength that she needed and wherever she went in the world, she brought her culture. “I would smudge, pray, ceremony and attend sweat lodges.”

“My culture has kept me very grounded and humble,” she said.

“I had to let go of what hurt me; I can’t let it control my future, I appreciate myself the way I am, and it’s all about the healing process.”

Callingbull said that it has taken a lot of work to heal from her childhood trauma, and helping others helps her heal. “This is my lifelong healing journey,” she added.

“If I ever need that reminder, I remind myself to love and live fearlessly and to love and appreciate myself. I think about that little girl back then, and she didn’t even dare to dream of being big like this.”

Ashley uses her platform to help other Indigenous people and she empowers others to believe in themselves. After her sister passed away at 14, she started giving back. It was her form of healing.

Callingbull explained that she grew up witnessing domestic violence. And it’s because of those childhood experiences she has dedicated a large portion of her life to helping vulnerable women and their families.

“it’s important for me to give women a second chance and their kids. I don’t want them to go through what I had to go through, if we can make their lives easier.”

Ashley makes sure that the big brands she works with give back to Indigenous communities. “Whether it’s the Hillberg and Berk, Nike, and RW & Co, it’s important to me for them to give back to the charities I volunteer for; I never want to forget where I came from.”

Her success and hard work often come with critics, but Ashley is a woman who doesn’t allow the haters any retail space in her mind.

“When it comes to lateral violence, that is something I deal with quite often. One thing I learned is that it’s not traditional, it’s a colonized way of thinking, and that’s a behaviour that we need to unlearn.”

Callingbull explained that in order for Indigenous communities and people to succeed we need to empower each other. “We will succeed together. Never tear down your people; that’s something I’m totally against,” said Callingbull.

“I deal with bullying daily because people are either ignorant, jealous, or not happy, or maybe you’re not living your life the way they want you to; for me, it’s just a quick block!

She explained that she hears and reads what online trolls say about her. She acknowledges it and addresses it internally, but then moves on to more important things that are more meaningful and impactful in her life and others.

“I acknowledge what these people said, but they don’t pay my bills; they are not helping me in my life.”

Callingbull ends the interview by reminding Indigenous youth that they really need to create strong supports systems and supportive friends.

“You are who you hang out with,” said Ashley Callingbull.