– If you are a professional Canadian Aboriginal artist you might want to take advantage of a new and exciting challenge, but to do so you’ll have to work quickly to qualify; the deadline for the submission of portfolio’s and letters of intent is September 28.

The challenge? Be one of just a handful of Aboriginal artists to have your work installed in the City of Edmonton’s Aboriginal Art Park, a unique undertaking that will see up to six works of art that will revitalize and restore the relevance to an area that was once aa major meeting and gathering place for North America’s First Nations hunters, travellers, traders and warriors.

The new Aboriginal Art Park will will be located in the upper area of Queen Elizabeth Park, just north of the former QE Swimming Pool. 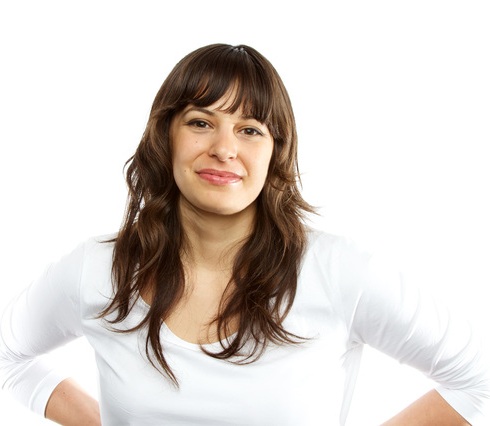 Art project curator Candice Hopkins said the competition is calling on Aboriginal artists to “respond to the place” noting that “artists have an amazing ability to translate stories, no matter where those artists are from. The Aboriginal Art Park is unique and the first initiative of its kind in Canada. For artists, it offers the opportunity to create new works of art, and through these artworks, to tell stories, to share knowledge, and experiences that emanate from the rich history of these lands. I believe that the Aboriginal Art Park will create a platform for Aboriginal voices, through artworks that will provide a vision for the future.”

Candice Hopkins is a member of the Carcross Tagish First Nation in the Yukon, Gaanax.ádi clan, and a member of the BC Métis Association. She is the Chief Curator of the IAIA Museum of Contemporary Native Arts (MoCNA). In 2014, she received the Joan Lowndes Award from the Canada Council for the Arts.

As a curator and writer, she has held positions at the National Gallery of Canada, the Western Front, and the Walter Phillips Gallery, The Banff Centre. Hopkins holds an MA from the Centre for Curatorial Studies, Bard College where she was awarded the Ramapo Curatorial Prize for the exhibition Every Stone Tells a Story: The Performance Work of David Hammons and Jimmie Durham.

Candice is published widely and has lectured at the Witte de With, Tate Modern, Dakar Biennale, and University of British Columbia. 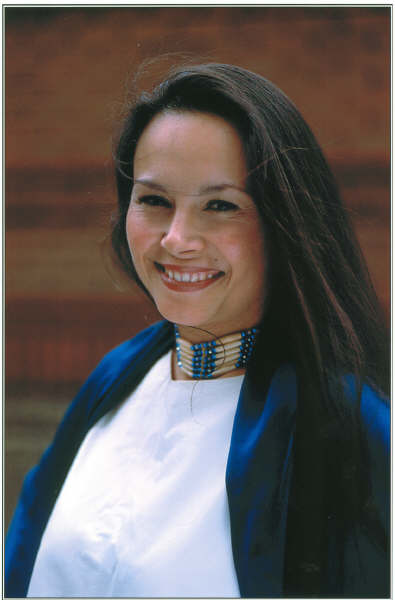 “The intention of the new park,” explained Christine Frederick, a committee member and an employee with Alberta Aboriginal Arts, “is to celebrate the region’s larges forgotten history and touring Aboriginal artists from across the country into conversation with one another and with the general public.”

The Aboriginal Art Park is scheduled to open in 2017.

A Steering Committee that includes representation from the Confederacy of Treaty Six First Nations, Métis Nation of Alberta, Elders, Aboriginal artists, the City of Edmonton, Edmonton Arts Council, and community members provides leadership, strategic direction and advice to the project team as well as ensuring protocols are observed.

“The concept has been talked about for some time but in September 2013 a two-day visionary workshop, a sharing circle, took place in Edmonton and the parties (aforementioned) came together to discuss strategy and to get the ball rolling,” explained Frederick. “The discussions included naming the art park, Aboriginal naming traditions, developing Art Calls, and listening to presentations by the curator, selected artists, the City of Edmonton and Edmonton Arts Council staff. The new site at Queen Elizabeth Park will honour the history of the Aboriginal people who called this region home long before (European) contact.”

Funding for the Aboriginal Art Park and for improvements to the surrounding area were approved in December 2014. Concept plan development of the art park and surrounding area will commence in Summer 2015, with construction slated to occur over 2016 and 2017.

Paul Moulton, Executive Director of the Edmonton Arts Council said that “public art helps to shape our stories and the ways in which we perceive ourselves. The Edmonton Arts Council is thrilled to participate in this project, as part of our continuing outreach to, and engagement with, Edmonton’s Aboriginal communities. We are eager to discover how Aboriginal artists here at home and from across Canada, will perceive this place and its stories.”

The entire area in and around Queen Elizabeth Park was once a major trading and meeting area for Indigenous people throughout the America’s and was utilized by many First Nations tribes, including the ancestors of today’s Cree, Nakoda Sioux, Dene, Saulteaux, Blackfoot and Métis societies. 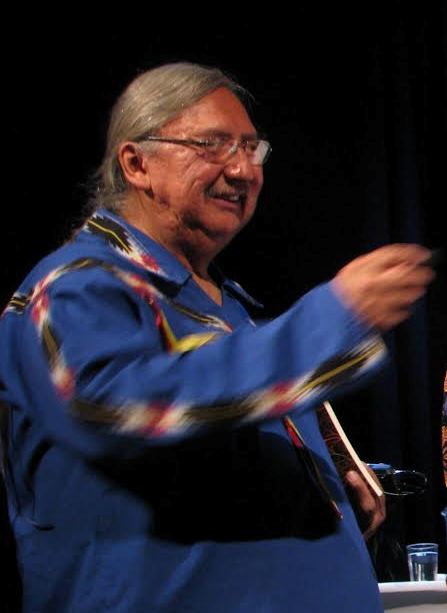 Elder Jerry Saddleback Sr. is a member of the Samson Cree Nation in Hobbema, AB. He’s lived his life through the exploration of cultural beliefs as passed down from the wisdom of his ancestors. He has the cultural creditability which is most important and he has provided the authenticity of Indigenous ideas which he openly acknowledges by the way he lives his life, and has imparted this way of life in his home and is visible in his professional conduct. His profound knowledge about the delicate relationship between humans, nature and the environment as held by Cree traditions and the age old wisdom of Indigenous peoples and the human empathy conveys a sense of intellectual and experiential insights into the Cree culture. He said the new park “is an excellent idea that “will help to create a sense of belonging” for today’s Aboriginal peoples, but noted that the history of the area goes back much further than what is commonly perceived to be about 1,500 years.

“Aboriginal history in this part of the world dates back much further than the history books would have us believe,” explained Elder Jerry Saddleback during a recent interview. “Our history here goes back more than 7,000 years, maybe as many as 10,000. We do not believe that we came here via the Bering Strait or over the mountains from ancient Asia; we believe that we were the first people to inhabit this continent. The region around Queen Elizabeth Park was once known as Pehonan and it encompassed an area that includes the entirety of Rossdale Flats – in fact it was much larger. The name Pehonan means ‘gathering place’ and was always referred to as ‘the place where the many Indian trails meet.’ This area was often visited by Aboriginal peoples from many different places, including Kansas, Iowa, Montana, even Central America.”

The Aboriginal Art Park Public Art Call is open to all Aboriginal artists and artist teams residing in Canada, and is held in accordance with the City of Edmonton policy “Percent for Art to Provide and Encourage Art in Public Areas.” Artworks will in some way ‘tell the stories of this place’ and respond to the land within the Aboriginal Art Park and/or the land in the region through an engaged process with Edmonton’s urban Aboriginal communities, Treaty No. 6 First Nations, Métis, local knowledge holders, and/or Elders.

This Expression of Interest includes a two-stage selection process. Shortlisted artists will participate in a site visit and workshop with Curator Candice Hopkins, prior to preparing full proposals. Shortlisted Artists will be notified by mid-October. Members of Edmonton’s Aboriginal communities will be invited to attend various community engagement events held by each selected artist in the development of his or her project.

Queen Elizabeth Park is located in the North Saskatchewan River Valley, south of the Walterdale Bridge and encompasses 31 hectares on the south bank of Edmonton’s River Valley, east of the Kinsmen Sports Centre. The area has significant heritage value relating to the settlement and development of the City of Edmonton, with key proximity to the communities of Rossdale and Strathcona. Queen Elizabeth Park is highly visible, centrally located, between the dynamic areas of Downtown and Strathcona and is immediately adjacent to the new Walterdale Bridge and Rossdale, where there is strong potential for new uses to welcome many more visitors. Sight lines from the Park include Edmonton’s downtown and important structures and buildings such as the Government of Alberta Legislature Building and the High Level Bridge.

Click here to learn more information about the art park and the artist selection process.

Be the first to comment on "Artists invited to submit portfolios for new YEG Aboriginal Art Park: Deadline Sept. 28"