On March 5, 2015 Homeward Trust Edmonton (HTE) hosted its ROOPH Awards banquet and gala (Recognizes Outstanding Organizations and People in Housing). HTE is a not-for-profit organization that utilizes a community-based approach to end homelessness in Edmonton. The annual event brings government, business leaders and community groups together to celebrate the achievements of those who address affordable housing and homeless initiatives. The gala presents several awards to recipients for the outstanding work they do to help improve the lives of the homeless and otherwise marginalized people residing in the province’s capital city. 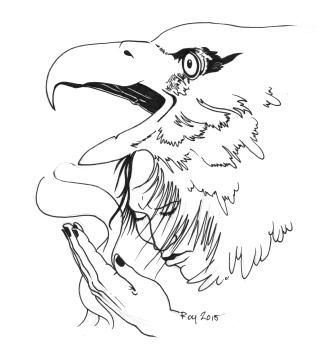 The ROOPH awards, which were created 10 years ago, have been presented in a series of categories, but that has now changed. Susan McGee, CEO of Homeward Trust Edmonton said that because the work the organization does in the community has changed dramatically over the years, “it was time to take a step back and re-evaluate.” As a result the awards will continue, but “they may have a new look, a new feel and a new focus, something we will share with the community as we make plans for the 2016 ROOPH Awards.”

One category, the Larry Shaben Award for Outstanding Leadership in the Housing Sector, will remain the same. The recipient of this year’s award went to Deb Cautley of Youth Empowerment and Support Services. Other ROOPH Awards recipients included the Brentwood Family Housing and Terra Centre, Angela Rozycki, Nor’Ali McDaniel and Ambrose Place.

The Larry Shaben Award for Outstanding Leadership in the Housing Sector recognizes those individuals who are highly committed to working in the housing sector, who promote or develop housing or related services and who are passionate about what they do. The award is named in memory of Larry Shaben, a long-time unsung advocate and a former member of the legislative assembly and the provincial cabinet.

Though no longer designed to fall within a particular category, the ROOPH Awards also recognize  the important role of partnerships between private, not-for-profit and/or public agencies to address homelessness or affordable housing needs and/or support services; excellence in building design that incorporates features such as unique use of space, commitment to quality, accessibility, affordability, historic preservation and/or environmental impact; dedication in assisting in the promotion or development of housing or related services as an unpaid volunteer, and those organizations and individuals who are making a positive impact on housing and/or support services for Aboriginal peoples in Edmonton.

One of the award recipients, Ambrose Place, opened its doors in Edmonton’s McCauley neighbourhood last November. After more than a decade of planning and construction and defending challenges in the courtroom, Ambrose Place, which is administered under the auspices of NiGiNan Housing Ventures, now has 42 apartments to house people with disabilities or chronic substance abuse problems.

“Some of the people staying at Ambrose Place have been homeless and/or suffering from abuse issues for as long as 40 years,” explained Executive Director Carola Cunningham. “They are now off the streets and in a safe and nurturing environment; hope springs eternal and for many of our residents, that hope has come for the first time in many years. One of the people now off the streets is experiencing sobriety for the first time in many years; another was suffering from as many as 17 seizures a day while living on the street and that number has been reduced to less than five.”

Cunningham credits the tenacity and ongoing efforts by NiGiNan Housing Ventures Chair Faye Dewar for much of the success now being experienced by individuals who find themselves with a roof over their heads for the first time in decades.

“Faye worked as a mental health outreach and housing support worker for the Boyle Street Community Services for seven years and is currently the Health Advocate at the Boyle McCauley Health Centre. Under her leadership NiGiNan continues to grow and continues to meet the ongoing daily challenges that face marginalized and at-risk citizens throughout the inner city and beyond.”

Dewar has a lengthy resume when it comes to working with the less fortunate members of society and among other things has served as a director on a number of boards including the Edmonton Joint Planning Committee on Housing and Homeward Trust, Centre of Rights to Equity in Accommodations, Grassroots Organization Operating in Sisterhood and the Women’s Housing Equality Network. She has also been the Co-Chair of the Wichitowin Circle of Shared Responsibility and Stewardship and the Chair of the Wichitowin Indigenous Housing Action Circle, and a representative for the Boyle McCauley Health Centre at the Edmonton Coalition of Housing. She is also the recipient of a Homeward Trust Award for Outstanding Services for the Indigenous Community (2009) and a Daughter’s of the Year Award in 2012.

Founded in 2003, NiGiNan’s goals include providing and keeping Indigenous people housed, improving the lives of residents, building a strong community that involves the residents in the development and management of their community and providing residents with a sense of control over their own lives.

The name Ambrose Place was chosen in memory of Ambrose Daniels, one of Dewar’s former clients and a man who, because he was homeless with nowhere to turn, became ill and died of pneumonia on Edmonton’s streets. Ambrose Place operates using a set of practical strategies that help people reduce the negative consequences of drug use, alcoholism and mental illness. The facility focuses on improving the quality of the individual’s life, health and well being; meeting people where they are at and educating the person on options and consequences, thus enabling the individual to improve his or her quality of life, health and well being. This is all accomplished in a non-judgmental and gradual fashion.

“This approach,” noted Cunningham, “has been very successful in enabling people, who have not been appropriately served by traditional facilities, to significantly improve their circumstances.”

During the past 14 years NiGiNan Housing Ventures, among other things, has provided over $150 million in funding to 89 capital and 230 support projects, created more than 1900 new housing units and housed over 2,600 formerly homeless individuals through HTE’s Housing First Support Program.

“Our primary role,” explained HTE CEO Susan McGee, “is to coordinate responses to housing needs by working together with local agencies and all orders of government. As a comprehensive organization, Homeward Trust Edmonton increases access to housing by funding the development of new units and accessing market units; coordinates the provision of support services; undertakes community planning and research and raises awareness in the community through events and initiatives that promote ending homelessness in the city.”

Four days after the awards presentations a number of Aboriginal agencies, service providers, organizations, and businesses gathered together to promote constructive dialogue and information sharing around housing and program supports for Aboriginal peoples who are homeless, or at risk of becoming homeless.

“The October 2014 Homeless Count reflected that 47 percent of Edmonton’s homeless population are Aboriginal peoples, which is alarming,” noted McGee. “This annual event inspires meaningful and productive relationships and promotes constructive dialogue and information sharing around housing and program supports for Aboriginal people who are homeless or at risk of homelessness.”

The keynote speaker at this year’s event was Dr. James Makokis, a family physician at Saddle Lake Health Services on the Saddle Lake First Nation.

“We were honoured to have Dr. Makokis join us as our guest speaker this year,” said McGee, noting that the doctor holds a Master’s degree in Health Science/Community Nutrition from the University of Toronto, “He is also an active volunteer who currently serves on several boards including the inaugural Aboriginal Wisdom Committee of Alberta Health Services, Indspire (formerly the National Aboriginal Achievement Foundation), the Two Spirit Circle of Edmonton Society, and the Indigenous Physicians Association of Canada.”

Dr. Makokis is also the recipient of a 2007 National Aboriginal Achievement Award, the highest recognition bestowed on an individual within the country’s Indigenous community.

“In Homeward Trust’s work to end homelessness,” noted McGee, “we partner with Edmonton’s Aboriginal community to improve service delivery and ensure culturally appropriate housing and supports are available for Aboriginal peoples. We also support capacity building and knowledge sharing throughout the sector and community. Since the start of the 10 Year Plan, HTE and our Housing First agencies have housed 1,620 formerly homeless Aboriginal adults and children.”

In 2012 a total of 2,174 Edmontonians were counted as homeless; 46 percent of those were of Aboriginal ancestry. 223 dependent children and 119 caregivers were counted. An additional 56 youth under the age of 16 without a caregiver were also counted. Roughly half of the total homeless were counted in the street or at an agency (Unsheltered: 1,070). The other half were staying at a shelter (Sheltered: 1,104).